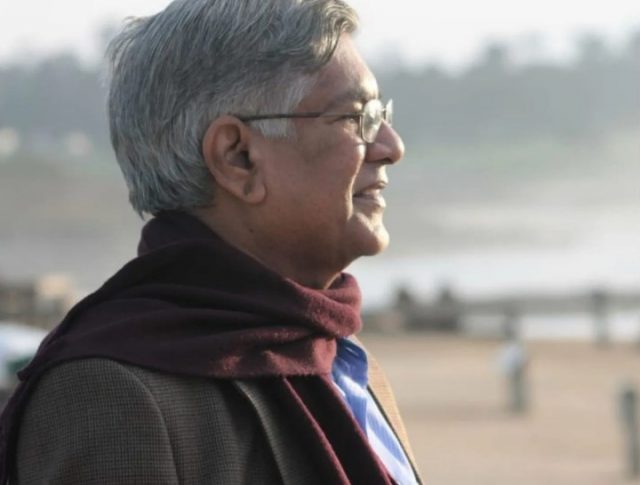 In addition to this, he served as an expert consultant to several international organisations. A respected economist, he authored and edited 20 books and monographs and more than 100 research papers in national and international journals. His contributions to the fields of economics and research have been pioneering.

With this in mind, the #IMPRI Center for Human Dignity and Development, IMPRI Impact and Policy Research Institute, New Delhi hosted a condolence meeting, Remembering Prof Rokkam Radhakrishna (1942-2022), an Eminent Economist and Academician of International Repute, as part of the series #InMemoriam on February 12, 2022.

The meeting started with one of the moderators, Prof G. Srivedi, Associate Professor at School of Economics, University of Hyderabad, walking us through Prof Radhakrishna’s contributions and achievements to society- be it as a student, teacher, author or policy advisor. He post-graduated in Economics and Statistics from Andhra University as a gold medalist and completed his PhD from Gokhale Institute of Politics and Economics, Pune University. He had suggested the Planning Commission of India at various points in history along with inaugurating several institutions of merit in the field of economics and development.

His familiarity with consumption studies made him a natural expert on poverty. He served as an expert in numerous international organizations such as Food and Agriculture Organization, United Nations Development Programme, Asian Development Bank and the World Bank and many other academic journals.

Our second moderator, Prof Swarna S. Vepa, Consultant at the Institute for Development Studies, Andhra Pradesh and a Visiting Professor at Madras School of Economics, shared her grief over the demise of Prof Radhakrishna on January 28, 2022. She referred to him as an institutional builder who not only gave importance to secondary data but also ethnographic fieldwork. Prof Vepa had the opportunity to work with Prof Radhakrishna and found him to be an imminent personality.

Prof S. Mahendra Dev, the Director at Indira Gandhi Institute for Development Research (IGIDR), had known Prof Radhakrishna for more than 50 years and consulted him on various matters of research and administration. According to him, Prof Radhakrishna had the skill of conveying difficult decisions without hurting anyone. Apart from econometrics, he was interested in sociological issues and gave importance to institutions.

Prof Dev shared his last conversation with Prof Radhakrishna where he was worried about the rising inequality in India; he even edited a special issue for the journal of human development. Sir briefly discussed Prof Radhkrishna’s contributions to different institutions and policy committees and marked his demise as losing a great social scientist and economist.

On the same line, Dr D. Subbarao, Former Governor of the Reserve Bank of India (RBI), shared his 40-year bond with Prof Radhakrishna and how impressed he was with his scholarship. He mentioned how, a few months back, he decided to not get involved with any institutions but made an exception to join the executive committee of the Institute for Development Studies Andhra Pradesh (IDSAP) because Prof Radhakrishna was associated with it.

Dr Subbarao described him as extremely passionate, having the same enthusiasm as a PhD student. His research was influential not only because of his insightful findings but also because of his emphasis on understanding local situations and ground reality. According to him, Prof Radhakrishna will be remembered as an inspiration who rose to merit with sheer hard work and integrity, without any effective political, social or class background.

Followed by Dr Subbarao, Prof K. L. Krishna, Former Director at Delhi School of Economics, described the themes of Prof Radhakrishna’s academic works, compiled in five volumes in 2019, covering the Indian economy, food security and nutrition, poverty inequality and welfare, consumer behaviour and inflation, and macromotors. According to Prof Krishna, Prof Radhakrishna did a great job as the Chairman of the National Statistical Commission, even after he didn’t get the much-required support from the statistical agencies.

He has contributed immensely to the institutions where he worked and had excellent visions for each one of them. He had known Prof Radhdrishna for more than five decades and was associated with his family too. He gave his condolences to Prof Radhakrishna’s friends and family.

Prof R. S. Deshpande, Visiting Professor at the Institute for Social and Economic Change (ISEC), Bengaluru, regarded Prof Radhakrishna as his guru, who not only encouraged him to complete his PhD and referred his thesis, but also helped him during the most crucial phases of his life. He taught Prof Deshpande to calculate a single variable equation in the linear expenditure system, equation by equation, which was a very tedious job.

He had been a motivator throughout Prof Deshpande’s life and held him at every stage. Prof. Radhakrishna has been an institutional builder as he contributed to the growth of people who can devote their time to others and give back to society. To Prof Deshpande, he was a thorough gentleman, who will be remembered forever.

His Impact on Colleagues and Young Researchers

Following this, Prof S. Galab, Director at the Institute for Development Studies Andhra Pradesh and Former Director at the Centre for Economic and Social Studies (CESS), Hyderabad, gave a testimonial on how Prof Radhakrishna shaped the career of a scholar interested in research. He was the first development economist who estimated power to the district level in the country and promoted action-oriented research.

His talks, seminars, workshops, and research themes helped and will continue to help the young scholars. He had introduced a research program that encouraged the unprivileged to pursue M.Phils and PhDs and opened the window of opportunities to those in need. Prof Galab gave his condolences to the family and thanked Prof Radhakrishna for shaping his academic and non-academic career.

Prof E. Revathi, Director at the Centre for Economic and Social Studies (CESS), Hyderabad, said that Prof Radhakrishna has been interested in economic history and how institutions shaped the economy of a country. He encouraged his peers and students to strive for academic excellence and believed in experiential learning and facilitated the revival and establishment of many programs and courses of higher studies. Prof Revathi learnt how to organize things and involve people with the best of their abilities from Prof Radhakrishna.

After closely working with him for three years, she got the opportunity to understand how Prof Radhakrishna thinks and acts. He has always been available for help and guidance and emphasized how the findings of any research should benefit the vulnerable groups and do well for society. Prof Revathi encouraged continuing Prof Radhakrishna’s legacy to keep up the good academic traditions of teaching and learning and mourns his loss.

His Beliefs and Practices

Then, Prof R. V. Ramana Murthy, Dean at the School of Economics, University of Hyderabad, appreciated the craftsmanship of Prof Radhakrishna while curating economics programmes for graduate and post-graduate levels. Prof Murthy exclaimed his amazement at Prof Radhakrishna’s in-depth knowledge of subjects he was not even interested in. According to him, Prof Radhakrishna was able to comprehend the policy terms while understanding the philosophical backing of the same.

He believed that theory without empirical is rootless and empirical research without theory is blind. He taught Prof Murthy that every issue is equally important but one should know how to handle it as knowledge does not have a hierarchy. Prof Murthy described him as a determined, witty, knowledgeable, and ever-affectionate man, whose commitment to his students and institutions was unparalleled.

Our next speaker, Prof C. Ravi, Former Professor at the Centre for Economic and Social Studies (CESS), Hyderabad and Consultant at the Institute for Development Studies, Andhra Pradesh, had the opportunity to work with Prof Radhakrishna on applied consumption analysis, a subject very dear to him. Prof Ravi pointed out the amazing quality of Prof Radhakrishna of encouraging students from local universities to study in local languages and transforming them into good researchers. Through the great range of research papers written by him, we can find the common element of poverty and inequality, which was of concern to him.

Prof Ravi briefly mentioned the different methodological innovations by Prof Radhakrishna which were seminal and accepted internationally- constructing consumer price indices using wholesale prices, devising price-wise linear model, and estimating chronic poverty by matching data from the National Family Health Survey and National Sample Survey Organization in absence of panel data. According to Prof Ravi, Prof Radhakrishna used very simple and straightforward methods to evaluate data and derive findings but all these methods were very well thought of; his method to adjust the income distribution for the public distribution transfers was appreciated by the World Bank. For him, losing Prof Radhakrishna has been a great personal loss.

Taking the meeting ahead, Prof P. Prudhvikar Reddy, Former Professor at the Centre for Economic and Social Studies (CESS), Hyderabad and Consultant, Institute for Development Studies, Andhra Pradesh, remembers Prof Radhakrishna to be an inspiring teacher. His guidance shaped Prof Reddy’s early thinking on econometrics and stimulated his career with confidence and academic strength. Prof Radhakrishna has been a great company to both his peers and his students. He has left an inspirational career for generations to come. He thanked Prof Radhakrishna for his immense determination and offered condolences to his family.

The meeting was concluded by Prof Radhakrishna’s daughter, Rokkam Akhila thanking the panel of speakers and remembering her father’s humbleness, wisdom, and humility.

Acknowledgement: Diya Goswami is a Research Intern at IMPRI