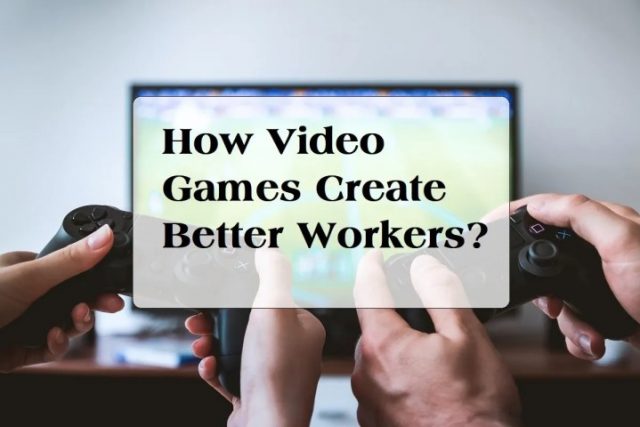 Video gaming, once seen as an addictive hobby, can actually make the world a better place through science and technology. By inspiring students to pursue careers in STEM fields and helping solve real-world problems, video games have taken on an entirely new light in recent years. Let’s explore how video gaming can help solve world problems and create innovation in the future.

Video games aren’t for everyone

Some people simply don’t like them or don’t have time for them, and that’s OK. But for those who do play video games (and love them), we’d suggest looking at it as a way to learn some new skills, advance your career, and even make money. In fact, there are a lot of reasons to play video games that have nothing to do with entertainment: They just might help solve our world’s most pressing problems.

The importance of video games

Video games are often perceived as a mere pastime for kids and teenagers, who use them to unwind after school or on weekends. However, there is an increasing body of research that suggests video games can play a key role in improving global affairs—from education to disaster relief and beyond.

As more companies, non-profits and government agencies turn to game technology for outreach and training, it’s never been a better time to work in video game production. The global market for mobile games alone reached $43 billion in 2015—that’s over three times greater than Hollywood box office receipts for that year.

The power of problem solving in video games

Video games are powerful tools for building problem-solving skills. In fact, in a growing number of cases, what is considered to be good gaming has very little to do with winning or losing at all—the act of solving problems, by itself, is what brings a lot of gamers satisfaction. With that in mind, video games may be exactly what we need as civilization attempts to tackle some of its biggest challenges.

Did you know video games are actually good for you? Because of the growing demand for tech and video game workers, there’s never been a better time to hone your skills. But is there more than meets the eye when it comes to how we use games as a tool for helping us excel in other areas of our lives? Let’s find out.

The future of video game jobs

from gamer to game creator. Global revenue from video games is expected to reach $110 billion by 2016, according to Newzoo’s Global Games Market Report. The video game industry is booming as more and more consumers decide to purchase new games instead of more traditional entertainment options such as movies and television shows. In fact, a Nielsen study found that for every two people who cut their cable service, one person starts playing video games.

Finding a job as a video game designer

Many companies like Google, Apple, and Microsoft employ teams of video game designers. These companies are constantly on the lookout for talented individuals who can make their video games both fun and challenging. If you’re interested in a career as a video game designer, check out job listings at well-known studios or independent studios that develop online or mobile games. Another option is to start your own business designing video games. You may be able to do so from home if you already have some experience developing or working with computer programs.