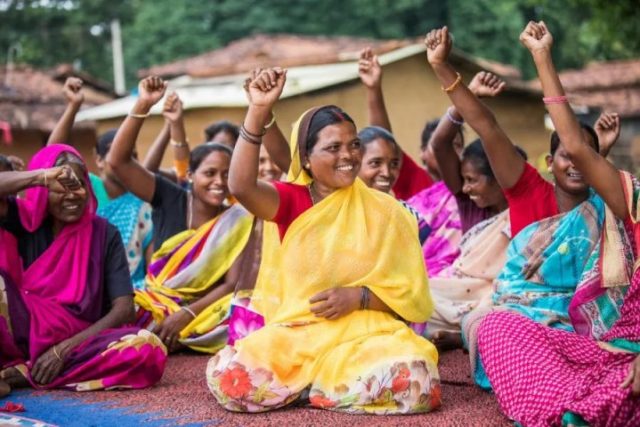 Honourable Nirmala Sitharaman, India’s Finance Minister, announced the Union Budget for the Financial Year 2022-23 on February 1, 2022, allocating Rs 76,549 crores to the Union Ministry of Housing and Urban Affairs. On February 4, 2022, the Centre for Habitat, Urban and Regional Studies (CHURS), IMPRI Impact and Policy Research Institute in New Delhi organized a #WebPolicyTalk on the topic “Local Governance and Union Budget 2022-23” as part of the series – #LocalGovernance.

Tikender Singh Panwar, former Deputy Mayor of Shimla and Visiting Senior Fellow at IMPRI in New Delhi, kicked off the discussion by welcoming all of the panellists and providing a brief overview of how the Budget 2022-23 will be viewed from the perspective of urban governance and how it will affect the overall development of cities, also known as the engines of growth. He spoke on the difficulties and challenges that this budget presents for India’s urban growth.

Some of the challenges raised were the paradigm change in urbanisation, rising urban unemployment, and the several flagship programmes launched by the federal government, such as SMART Cities, PMAY (Urban), and others, which are not addressed clearly in the Budget (2022-23).

He noted that the budget allocation for the urban sector, or the Ministry of Housing and Urban Affairs, is similar to the previous year’s allotment. Prof. Mathur discussed the influence of the major initiatives of PMAY (Urban), Swachh Bharat Mission, AMRUT, SMART Cities Mission, and National Urban Livelihood Mission on urban life in many ways. He also evaluated India’s urbanisation rate, which has been slowing in recent years. Peri-urban regions, census towns (CTs), and locations beyond municipal boundaries are all urbanising at a considerably quicker rate than those living within city limits.

Srinivas Alavilli focused his discussion on how city budgets are formed, used, and whether or not they deliver. The State Finance Commission has to be empowered for states to develop their cities in accordance with their local resources. During the discussion, he mentioned the different types of cities that our country need, emphasising the importance of establishing medium-sized cities to avoid the problems that megacities face today.”Reimagining Cities,” “Nurturing Megacities,” and “facilitating tier-2 and tier-3 cities” are the three good elements in the budget concerning urban development.

In addition, Budget 2022-23 promises to support better town planning, academic links, urban planning capacity building, and town planning schemes for planned urban growth. Sir also expressed his unhappiness with the budget, citing the cities’ poor financial situation, and urged that a portion of the GST money be distributed to the ULBs to help them financially.

While considering the shift in urbanization, it is also important to assess the status of ward committees and urban local bodies in light of functionary decentralization. The absence of operations at the local level impediments the achievement of Sustainable Development Goals in the country.  There is a need to expand engagement in the fourth tier of the Government to ensure relevant and timely response to local actions and innovations.

The Need for a Strategy

During the conversation, Dr Joy Elamon brought up concerns connected to urban governance, such as the fact that the Budget never mentions urban governance or local government; instead, it only mentions growth and development. At several levels, the necessity for urban local government must be addressed. Another issue with urban debates is that only megacities and Class-I cities are considered, rather than census towns, Nagar panchayats, and Municipalities, where urbanisation is considerably quicker.

Dr Elamon recommended creating a strategic plan for developing urban master plans that address both spatial and socioeconomic issues. The post-Covid situation has received little attention in the Budget, and inadequate investment in public health infrastructure puts pressure on local governance and governments to deal with endemics.

Citizens have lost their money in recent years, according to numerous studies and economic surveys, and the budget does not support this section of society. “The States and Local Governments are equal partners with the Central Government under the system of Cooperative Federalism,” he said, citing a statement made by Kerala’s Chief Minister last year. For effective local governance, the federal government, states, and local governments must collaborate.

Dr Jawed Alam centred his remarks on Honourable Finance Minister Nirmala Sitharaman’s address in Parliament on February 1, 2022. He also expressed his dissatisfaction with the lack of interaction with various stakeholders throughout the budget preparation process and the fact that local governments are not included in the process. He expressed his thoughts on local government spending, as well as the government’s intentions for the Budget 2022-23.

In budget 2014-15, MoHUA had a share of 1.4 per cent of GDP, while in Budget 2022-23, it has a minor rise of 0.5 per cent, sharing 1.9 per cent of GDP. The projected outlay and budget estimate are vastly different; for example, just half of the requested funds were provided to MoHUA by the Ministry of Finance, and a similar pattern has been observed in prior years.

Dr Alam expressed his thoughts on the union government’s spending priorities in the 2022-23 budget. According to him, the funding is allocated more to infrastructure projects like Metros (36% of the MoHUA share) than to basic amenities initiatives such as AMRUT, Smart Cities, SBM, and Jal Jeevan Mission. In recent years, MoHUA has shown some progress in its use of this money.

Dr Alam also contrasted the money provided to Panchayati Raj Institutions (PRIs) by the previous government to those allocated by the current administration. He proposed certain progressive tax-related ideas for the government to explore in order to strengthen local governance and the socio-economic conditions of the most vulnerable groups in society.

Dr Arjun then opened the floor to questions after an interesting and constructive conversation. On a range of topics, panellists provided some intriguing views, observations, and remarks, as well as raised some pertinent concerns. Dr Arjun requested the panellists to deliver their concluding thoughts as the panel discussion neared its conclusion. Dr Mathur, Dr Alam, and Prof. Bharathy gave closing remarks and expressed gratitude to IMPRI for hosting the debate.

Acknowledgment: Utkarsh Dwivedi is a Research Intern at IMPRI.