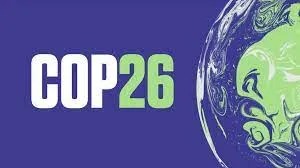 The effects of climate change have been evident and there has been a lot of debates around the changes to be made locally to help and save the earth. In this light, the nations met at the COP26 conference recently. To discuss this further, the Centre for Habitat, Urban and Regional Studies (CHURS), IMPRI Impact and Policy Research Institute, New Delhi organized a Panel Discussion on COP26 and Urban Local Governance, under the #WebPolicyTalk series #Local Governance.

The discussion was started by Tikender Singh Panwar, Former Deputy Mayor, Shimla, Visiting Senior Fellow, IMPRI, New Delhi. The discussion was started by Tikender Singh Panwar. He spoke about the abundance of discussion about the COP26 but the lack of talks about the same from the perspective of urban areas. He stressed the point of the importance of cities, the contribution of city governance to the fight again climate change, and emphasized the absence of the cities during the COP26 conference. He also talked about Smart Cities in India and the lack of climate change action plans and their implementations, especially in urban centers.

Slight Hope in the Fight

The discussion was further carried by Prof Chetan Vaidya, Independent Urban Advisor, Former Director, School of Planning and Architecture (SPA), New Delhi and National Institute of Urban Affairs (NIUA), New Delhi, who spoke about the recent developments that were made by India and its contribution towards reducing greenhouse gasses. He also spoke about how cities are essential for India to achieve its future goals and commitments towards education in the use of non-renewable resources. He mentioned how every urban centre should have a different plan as every city should have its distinct features and recommended creating a climate budget for cities.

He emphasized the recent works of the government and the newly established research institutions by the government, which assessed and indicated how Indian cities are not moving in a positive direction in the fight against climate change. He talked about the recommendations made by the same report to help cities reduce their greenhouse levels and how various infrastructural changes could be brought in the cities which could help them work towards the same. Further, he gave case studies of various cities in India and how they utilize the research capabilities. Finally, he talked about the role that could be played by the local bodies which are missed by the administrative authorities.

Dr. Vikas Desai, Technical Director, Urban Health and Climate Resilience Centre of Excellence (UHCRCE), Surat, presented her experiences from the city of Surat. She explained how the history and the whole nature of the city are towards the fight against climate change. She also highlighted how the city of Surat is going through a phase of unprecedented growth and development. She talked about public health and how various initiatives taken by the authorities have strengthened that system.

She mentioned the efficiency of decision-making by the local authorities in the city, the approach was taken by then after many coexisting dominant factors, and they can do their work and show the best results in urban areas in the nation. In the end, she talked about public participation and how it has affected the city, and Public-private partnerships in the heath and academic institutions have helped the city.

Prof K. K. Pandey, Professor, Urban Management, and Coordinator, Centre for Urban Studies, Indian Institute of Public Administration (IIPA), New Delhi, presented his perspective by first giving an outline to how the COP26 conference recommended the city administration to work and what changes could be brought in the workings to help achieve the zero-carbon emission goal. He then moved towards the cities from all around the world which took various innovative ideas and programs to make their cities greener and reduce the waste created by them. He particularly appreciated the USA and Sweden, which have brought various benefiting changes in their urban areas.

But in India, it is a matter of concern, as the carbon emission in cities is ever increasing along with the population of the urban concentration, and at a place where due to pollution and climate the loss of economic development and human capital is very large. Various initiatives were taken at the national level, with the help of local bodies, rather cities themselves are making their efforts which are considerable in areas such as Mumbai, Karnataka, and Bhopal.

He believes the 2030 Agenda in the urban areas should be more concentrated towards transportation, climate-smart cities, and climate risk planning along with it. Indian cities are exclusive in the sense that they should take inspiration on various grounds from cities within India that are doing a commendable job.

Prof Chetan Vaidya took the discussion forward by answering the questions posted by the audience; he pointed out the distance that has been created due to the lack of educational planning with climate education inclusion and approach in studies. He believes that we are aware of the situation and its consequences and along with that the main structure has been recognized by the Ministry, just its implementation and local formulation is lacking.

He then emphasized the lack of awareness in the whole urban planning in Indian cities which is significantly behind the cities in western nations. It’s high time we took up our urban policies and review them, which is very old and not able to cope up with the contemporary issues.

Sameer Unhale, Commissioner for Climate Change at Maharashtra Government, pointed out the lack of emphasis given by the United Nations structure to the importance of urban areas and the lack of climate change within the functioning of the municipality, which forgoes the new challenges. He highlighted the changes that should be taken by the municipality and other urban local bodies which are deeply influenced by the local politics and talked about the change that has just started in climate change action in local bodies.

After that, he talked about the legislation and law regarding climate change rather than policy. He thought it would take a lot of time for the same and it may have some other implications. But the change that has been recently crossed by the local bodies and the new learning would help the cities to be more sustainable.

Mr. Panwar gave his views which are different from the other panellists; he believes that rather than the changes and the commitments, there isn’t a viable change that is visible and is not able to find any profound change in the approach.

Dr. Vikas Desai believed that city authorities should start working and start making changes on their end and not wait for the policy or legislative changes by the Center. She also thinks we should start working on an immediate plan, with strong contenders being health and economy. And we should include the public in the decision-making process and rather be exclusive.

Dr. Pandey believes that awareness is the most important aspect to work on from the start and judiciary legislative should start intervening in it to protect it, and its actions. The discussion ended with a summary and a formal vote of thanks.

Acknowledgement: Ayush Aggarwal is a Research Intern at IMPRI.