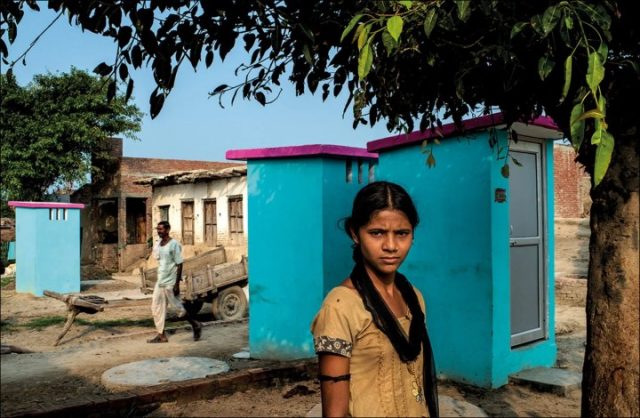 Indian cities are witnessing unprecedented population growth rates and it is expected that 70% of India’s population will live in urban and peri-urban areas by 2050. Therefore, transforming Urban India calls for community based moves.

Indian cities are witnessing unprecedented population growth rates and it is expected that 70% of India’s population will live in urban and peri-urban areas by 2050. Therefore, transforming Urban India calls for community based moves.

The event started with Prof Vibhuti Patel, visiting professor at IMPRI and former Professor at TISS welcoming all the esteemed panelists. Prof Vibhuti initiated the discussion by highlighting the innumerable challenges faced by women and girls due to the lack of adequate sanitation facilities. She emphasized how a lack of safe sanitation puts women’s dignity, safety, and health at risk. More than 50% of India’s healthcare burden is associated with a lack of safe drinking water, inadequate sanitation, and poor hygiene resulting in various vector-borne illnesses. She pointed out how limited access to sanitation facilities in schools negatively impacts the retention rate of girls and adequate access to them could positively impact the economic and educational productivity of women.

Ms Supriya Jan then elucidated on how her organization CORO has been empowering marginalized communities for the last 32 years in various districts of Maharashtra and Rajasthan. She explained how the empowerment of the communities is brought about by triggering internal identities and solidarity. Solidarity is the biggest asset to a community as it minimizes the risk. She enlightened the audience on CORO’s journey of handholding, anchoring, and standing by the marginalized sections and the transformation from victimhood to changemakers.

Mr. Anand Jagtap highlighted the issues in addressing the gender differences in a monolithic structure of the government. He further explained the dire need for a radical approach in the government setup and intervention at the grassroots level to improve the conditions of women. He pointed out the huge gap in the supply-demand relationship of the toilets, thus urging to adopt a gender-responsive approach to better address the socio-cultural and biological needs of women. He propagated a deeper understanding of the gender norms and identities on sanitation technology adoption through research. He enlightened the audience on three “S” in sanitation i.e. Suraksha, Suvidha, and Swabhiman.

Ms Vijayshree Pendekar spoke about how gender inclusiveness in sanitation is not pinkwashing but making toilets accessible, safe and affordable. She also insisted on taking care of the needs of transgender, kids, and people with special needs apart from women. Drawing the attention of the audience to the gender-friendly designs, she pointed out that at times a well designed toilet is also inaccessible due to toilet surroundings, insufficient ventilation, sewerage disposal, and various other loopholes. She further talked about the collaborative work with CORO India and MCGM which included formulating comprehensive guidelines for public toilets in Mumbai, mapping public toilets, and conveyance centers for women.

Ms Supriya Jan then talked about the Right To Pee campaign which started with the idea of ensuring free, clean, and safe urinals for women in public spaces in Maharashtra but is no longer restricted to it. She also mentioned developing grassroots leaders to tackle challenges in their own communities and conducting regional campaigns to enhance the reach of the campaign.

Finally, all the speakers presented their concluding remarks and reiterated the need for an inclusive approach by the urban local bodies to ensure equitable access to sanitation facilities. Speakers also suggested a change in the approach of policy making and implementation along with gender-sensitization at various levels of the government.

Acknowledgement: Chandrika Sharma is a research intern at IMPRI.