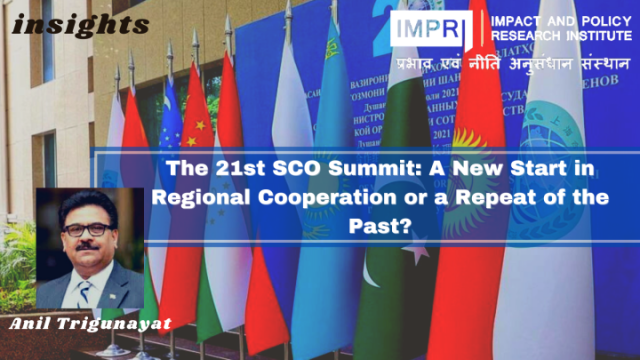 The 21st Shanghai Cooperation Organisation Summit (SCO) is scheduled to be held in the historic city of Samarkand in Uzbekistan on September 15-16. The heads of states and governments will be meeting in the backdrop of an unprecedented transition of the international order.

The Russia-Ukraine war has challenged western domination and so has China — not only in the domain of geopolitics and geo-economics but also in the hegemony of the US dollar. This comes as the countries feel less confident in the Bretton Woods institutions and SWIFT-based US financial system where unilateralism has become a sign of incremental authority and arbitrariness across continents.

The imposition of crippling sanctions has become a way to penalise the so-called errant countries that do not fit the bill of expectations. Two of the major SCO members — Russia and China — and if one adds Iran to the kitty, are in indirect and direct conflict and confrontation with the US and have been the favourites for the US and West-sanctioned regime.

Hence, dealing in national currencies among the SCO members to avert the dangers of further imposition and dislocation of their economic imperatives could be a key pointer to concurrence.

The SCO can claim to have several achievements in the areas of counter-terrorism (even if one of its members indulges in state-sponsored terrorism and another is infested by several terror groups). At least, the participation in counter-terrorism exercises, upgradation and exchange of information, technology and tools especially under the current Indian leadership of SCO-RATS, has moved on apace.

Likewise, collaboration in the health sector in the wake of COVID-19 pandemic and its consequent impact on nearly all regional economies has become a sine qua non for the SCO. Similarly, transparent and equitable connectivity projects, including Chabahar and INSTC (North South Transport Corridor), in the wake of US sanctions on Russia and Iran have become an immediate and important necessity and could form a major area of cooperation and further expansion where India is heavily invested.

There are several hotspots which will have regional and global implications – the impact of the Russia-Ukraine war on security and stability; the energy and food crisis will attract the attention of the members including Russia (which may want its own narrative to be noted and prevail if possible).

Likewise, Afghanistan, the threat of terrorism from Al Qaeda, the ISIS (Islamic State of Iraq and the Levant) and the ISKP (Islamic State – Khorasan Province), and how to deal with Taliban regime would form a critical component for discussions and way forward even though all member countries have de facto relations with the current Taliban regime.

Indirect talks between Tehran and Washington on JCPOA (Iran-Nuclear deal) and a sea-saw game being played has direct security repercussions for the region and the world. Hence, these will have to be factored in as this security-focused organisation straddles along.

Since the Galwan clash in 2020, India and China have had strained relations despite a preference for dialogue and diplomacy.

Finally, the 16th round of negotiations by the two sides at the border and in other formats and bilateral meetings has yielded some results as the two sides have agreed to back off from the eye ball to eye ball position at PP15 (Gogra & Hot Springs) along the LAC (Line of Actual Control, often perceived as Line as per the Chinese) in a phased, coordinated and verified manner. The date for final disengagement has been fixed as September 12, just before the SCO Summit.

This incremental de-escalation does not address all of India’s concerns which wants the status quo ante as of April 2020.

Demchok and Depsang remain contested with some sense of normalcy to reach. However, since both Prime Minister Narendra Modi and President Xi Jinping will be attending the Summit and India will take the baton of Chairmanship from Uzbekistan, it is surmised that the two leaders might have a bilateral meeting to expedite the resolution of remaining cantankerous issues.

Given China’s trajectory and standard belief in the “Long March” quick solutions need not be expected. However, the two big powers and large neighbours will have to find a way to reduce the trust deficit and avoid counterproductive approaches if some modus vivendi has to be reached in the ambit of “Competition with Cooperation”, in the short term at least. But, as PM Modi said “sovereignty is supreme” and must be respected in times to come by Beijing.

For that, Foreign Minister Dr S Jaishankar had laid out his 3Ms – Mutual Sensitivity, Mutual Respect and Mutual Interests – which could provide a way forward since the “business as usual” approach is no longer acceptable.

Another media frenzy is whether Pakistan Prime Minister Shehbaz Sharif, fully drowned in economic and literal disaster, would meet PM Modi (even if a pull aside one) remains a cause of curiosity.

Of course, although PM Modi had taken a bold out-of-the-box step to visit the then PM Nawaz Sharif (elder brother of current PM) and they know one another personally, any formal meeting without any agenda and outcome is unlikely even if the ‘Kaikeyi Syndrome’ is unwarranted in diplomatic parlance and international discourse.

Nothing on the ground has changed and venomous statements and actions continue from Islamabad and Rawalpindi at least in the public domain, despite PM Modi expressing his sympathies to the suffering of Pakistani people due to floods.

India has been the first responder in the region during the natural calamities and could render assistance to Pakistan, but that door is less ajar now as Islamabad beats around the Article 370 bush and no change in behaviour is visible.

However, in 2023, when New Delhi holds the Presidency of SCO, the Pakistan leader (whoever it is) would be invited to the Summit in India.

The SCO Summit is a good opportunity for the leaders to take stock of the regional and global challenges and enhance cooperation in addressing the common goals and objectives in a concerted manner.

Even as it precludes the bilateral issues, the ipso facto impact the colours of the regional landscape and this Summit is unlikely to be any different.

This article was first published in CNBC TV 18 as This SCO Summit is Unlikely To Be Any Different on September 12, 2022.