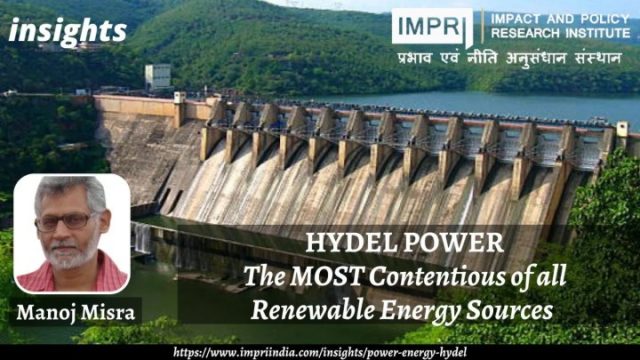 As kids we slept each night to the soothing gurgle of a gul that flowed within the campus of our dwelling and right next to our room. It was one of the several distributaries of a canal extracted from our town’s water life-line namely the river Kho. We took it for granted but were in full realization that our fields were irrigated with its waters. The canal that flowed through the heart of the town was our bal-sakha (childhood friend) for it never failed to excite our imagination nor minded our little pranks.

Guls and Kuls in the hills of western Himalaya are a traditional system of harvesting surface flowing water for making it perform useful works like irrigating fields, conveying fresh water to homes and running water mills (gharat) where hydropower turned millstone to grind grains.

Humans learnt pretty early that water flowing down a gradient carried energy utilizable to perform useful tasks. Most ancient civilizations,  specifically Greeks and Egyptians report utilizing hydro-power to perform useful tasks. In China during the Han dynasty (202 BC – 9 AD) hydropower milled grains, broke ores and was used in paper making. Our sages too sang of its power in olden times.

Oldest deity of the Vedas is Varuna. God of all things water, it lords over, rivers and oceans and all the living beings in them. While Indra brings rain, it is Varuna that has vested power,  physical, spiritual and moral onto waters.

In modern times energy associated with running waters has been harnessed to turn turbines and produce electricity. Architecture Hydraulique, authored in the mid 1700s by Bernard Forest de Bélidor, a French engineer, is credited to have laid the foundation of modern hydroelectric turbines.

Another French engineer Benoit Fourneyron developed in 1827 a hydro turbine capable of producing 6 HP electric power. In 1849, James Francis, a British-American engineer developed the Francis turbine which remains in common use even today, despite later development in 1880 of the Pelton wheel by Lester Allan Pelton, an American and Kaplan turbine in 1913 by Viktor Kaplan, an Austrian professor. In 1905, a hydroelectric station was built on the Xindian creek near Taipei, in China with an installed capacity of 500 KW.

But it was during the 20th century specially post the New Deal policies from the 1930s of President Franklin D. Roosevelt that hydropower projects took off in a major way all across the USA with the Hoover and Grand Coulee dams being its crowning glories.

For example the Hoover dam raised over river Colorado is a 221 m high concrete structure which is designed to produce 2080 MW of electric power amongst other benefits. A global surge for economic reconstruction following the Second World War led to the construction of hydropower dams all over the globe. In the 21st century China has led the world in construction of mega dams with its iconic 22,500 MW Three Gorges dam being the most famous.

In India Pandit Jawahar Lal Nehru, the first Prime Minister called them the “temples of modern India” while initiating in 1955 the construction of the Bhakra Nangal Dam over river Sutlej in the then state of Punjab.

Although soon enough Nehru was to chide the engineers on their obsession with “gigantism” but his first glorification of dams has remained stuck in public memory and comes handy to dam pushers. Today India at 5334 large dams has the distinction of being the third largest dam builder in the world. There is hardly any undammed river left in the country.

Globally hydropower contributes some 17 percent of electricity generation. In India it is around 13 percent. But it has not taken long for well meaning and knowledgeable people to find serious ill effects of these dams over rivers. By its very nature a dam on a river by obstructing and altering its natural flow pattern dramatically transforms a dynamic system into a static one.

It has had serious adverse social, economic and environmental implications both upstream and downstream of the rivers, being one of the most critical natural ecosystems on earth.

It is now common knowledge that human interference with natural systems on earth has brought life on earth including humans onto a precipice. It is little wonder that now there is a global movement to bring down existing dams both in the USA and Europe where at the last count some 2000 dams had already been removed.

But is all hydro-power disastrous?

Not really. Any hydro power that is micro scale and respects a river as an ecosystem should be OK. It is now a technologist’s challenge to devise ways and means that meet the before mentioned expectations vis a vis rivers. Also not all hydropower is riverine. The marine environment with energy carried by ocean currents in tides and waves is now being increasingly harnessed to produce electricity.

Tidal turbines are under development to produce electricity with huge potential although till 2016 global marine energy generation capacity was only 500 MW. But this was also because global dependence on fossil fuels for energy production had ensured little exploratory efforts for non fossil fuel sources.

Hopefully a concerted effort on adoption of renewable sources of energy necessitated by manmade climate change shall give a fillip to technologies like marine turbines, which might come as a boon to coastal nations and regions.

It is important that a search for viable and environment and biodiversity friendly renewable sources of energy is scale sensitive and avoids need for energy transfer over long distances for the ill effects of huge transmission lines today spreading their tentacles all over national landscapes with significant social, economic and ecological (including biological) adverse impacts.

These are largely poorly understood, appreciated and underplayed even by researchers and activists for all their attention is claimed by sites and technologies that actually produce the energy than how it is transmitted or consumed. This must change.

The article was published in The Dialogue as Hydro Power – Most Controversial Of All RE Sources on September 7, 2022.

Read another piece by Manoj Misra- Clean & Sustainable Energy: The Next Generation Source of Energy in IMPRI insights

Read another by Manoj Misra – Worlds Oldest And Still Functioning Dam: The Story of Raja Bhoj and its Mandideep ‘Island‘ in IMPRI insights