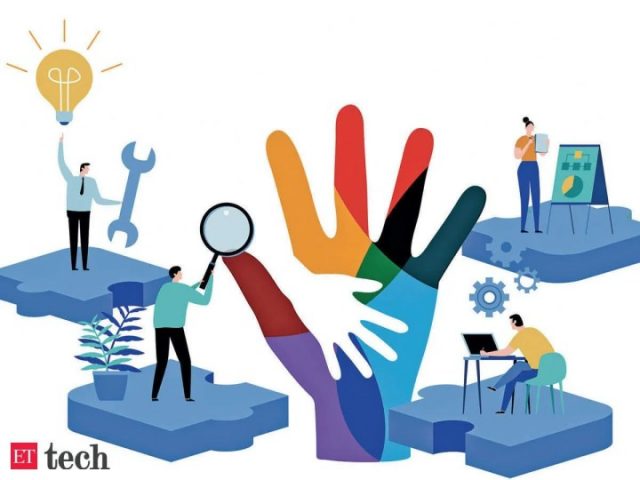 Since the onset of the COVID-19 pandemic, the lives of several hundred thousand people have been disrupted due to many social factors. Therefore, there is a need to take an initiative to address such issues. The IMPRI Center for Human Dignity and Development (CHDD)and the Centre for Development Communication and Studies (CDECS), Jaipur organized a talk on ‘Social Sector Policy for Cohesive Development’ on 7th January 2022. The debate was organized under the #WebPolicyTalks series The State of Development Discourses-#Cohesive Development.

The event began with Gby Atee, Researcher and Assistant Editor at IMPRI greeting and introducing the esteemed panelists. The moderator, Professor Sunil Ray, Former Director, A.N. Sinha Institute of Social Studies, Patna; CDECS and IMPRI, then greeted the panelists and lauded IMPRI’s young researchers who have an innovative mind and therefore put forward their questions, which he states as quite unique as well as important for understanding contemporary issues. He went on to elucidate the questions, the central gist of which is the way in which we could change the existing social paradigms.

Effect of the Pandemic on the Existing Social Conditions

She also emphasized the loss in the Human Development Index due to the increased inequality in the COVID times. She then moved on to the topic of how COVID -19 exposed the structural inequities and the aggravated income and wealth inequality. She extrapolated her point by presenting some facts and figures which indicate that the governments around the world have been ill-equipped and at the same time, they did not possess the necessary willpower to deal with such a catastrophe. She explained how the number of poor and undernourished boomed around.

120 million people were pushed into poverty; however, the wealth of the billionaires did not see a decline. Instead, they had a remarkable increase in their wealth. She addressed the heightened mortality rate. She then talked about how the COVID-19 disrupted the routine medical and healthcare services, which adversely affected the maternal and child care services since everyone was busy dealing with the pandemic. She pointed out that this has resulted in an increased risk of maternal and child mortality over the next few years as was quite evident in similar outbreaks such as Ebola and SARS.

She described the negative impact of the pandemic on education and backs her claims with several facts and figures. She then drew our attention towards the severe impact the pandemic had on the Global HDI; for the first time since its recording began, it showed a negative trend. Apart from that, the Global HDI almost always had an upward trend except during the global financial crisis. She then veered back in time and analyzed and examined various questions and statements put forward by several well-known political philosophers, economists, etc. in relation to altering the existing social paradigms.

She moved to explain the factors which she believes contribute to the making of a successful social sector policy. She elucidated on four primary points which include –

Performance of India in the Social Sector

With the help of some figures and graphical representations, she highlighted the poor performance of India in various spheres of the social sector. She described the effect the poor formulation and implementation of various social policies have had on the public, which was further aggravated by the COVID-19 pandemic. She also emphasized the watering down of certain rights and freedom of individuals, which adversely affects the social structure of the society.

To back her claims, she put forward the recent trends in Indian social policies. She concluded her lecture by elaborating on the challenges or impediments to India’s social sector policies. She briefly touched upon several pointers which are crucial and need to be addressed to boost the proper implementation of the social policies and reap its benefits. She ended her lecture by proposing some policy changes that must be adopted by the government in order to enhance the social sector policy.

The moderator then thanked Dr. K. Seeta Prabhu for providing everyone with exposure to the inadequacies of the contemporary social policies and also enlightening us with several ways to come out of such a gloomy situation. Professor Sunil Ray then recalled a recent event where one of his aides questioned him if he was trying to become philosophical. His aide’s question was in response to Professor Sunil’s fundamental and basic questions such as what is development associated with, what factors contribute to social development, etc. With this, he tried to indicate the narrow and superficial approach of people towards social development.

Inequality as the Central Idea

Professor Manisha Priyam, Professor, National Institute of Education Planning and Administration (NIEPA), New Delhi, made several observations on Professor Prabhu’s presentation. She admired Professor Prabhu for pointing to inequality as the heart or enter of various social issues, something which even renowned philosophers such as Amartya Sen didn’t pay much attention to. She then, on the lines of Professor Prabhu, criticized the existing public policies in India and is of the opinion that the public policies should have been updated in response to the COVID-19 pandemic.

Secondly, she pointed out the poor performance of the decentralized system; she elaborated how decentralization was meant to reduce expenditure inequalities at the local levels, it was also believed to have empowering potential. But the COVID-19 pandemic exposed its inefficiencies. She then proposed to look for more viable solutions. A third observation she made is on the comparison of DBTs (Direct Bank Transfers) schemes in India, Brazil, and other nations.

Professor Kiran Desai, Professor, Centre for Social Studies, Veer Narmad South Gujarat University Campus, Surat, acknowledged Professor Prabhu’s effort to explain the social issues ranging from the existing paradigms to the illustration of different countries’ social structure. He primarily focused on the conditions of the workers of the unorganized sector; he pointed out the migrant crisis which occurred during the lockdown in India. He gave a reference to one of the reports published back in 2014, which brought to light the poor socio-economic conditions of the unorganized sector workers.

He concluded with having a slight disagreement with Prof Prabhu and Prof Ray on the fact that besides other factors, political factors have a drastic impact on the ultimate result of policies. He urged his colleagues to not shy away from discussing the political aspect of social policies as well.

The Role of the Community

Professor Vinita Chandra, Associate Professor, Department of Humanistic Studies, Indian Institute of Technology (BHU), Varanasi, then seemed quite pleased and briefly revisited some issues raised by Prof Prabhu. Besides that, she put forward some of her own ideas and opinions on the issue. She specifically emphasized the proposition of cohesion among the communities and making social development from an individual to a community thing.

With this, Professor Ray invited Dr. Seeta Prabhu to respond to the various queries put forward by the panelists. Professor Prabhu in her explanation put considerable weight on education; she stated quality education to be of immense importance for a developed society and cited the South Korean model. Responding to Professor Manisha’s query on how to develop resilience among the communities, she said resilience can only be developed by observing them, analyzing their ways, taking initiatives with their involvement, and then elaborating further. She also cited numerous examples through which she explained how the local problems and issues could only be resolved through local initiatives and not through some grand schemes or policies.

She then turned to Dr. Kiran’s point, where he advised the panelists to not overlook the political dimension of the policies as they have considerable impact. She said that political dimensions at times ought to be overlooked; she cited the example of Tamil Nadu, where none of the Chief Ministers have been able to alter the mid-day meal schemes because of the political pressure of the general public. Therefore, political pressure has made such a policy sacrosanct, leaving no room for political ambitions in the arena.

Professor Ray then posed a question on how to take actionable steps on the various mechanisms she suggested to move towards the better social organization of society. He specifically asked how to achieve state and community cohesiveness, which is a prerequisite for a stable and fair social organization. Dr. Prabhu responded that several NGOs have been working day in and out towards realizing the goal of an equal and fair social arrangement of society. She supported her claims with numerous examples. The session concluded after Professor Prabhu addressed some of the queries put forward by Indira Hirway.

Acknowledgment: Aayush Singh is a Research Intern at IMPRI.