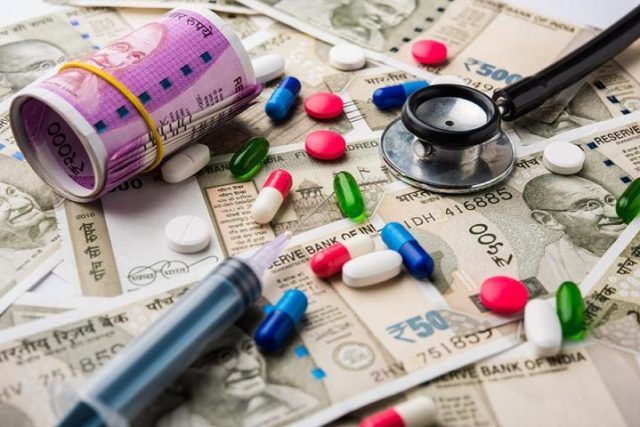 For almost two decades, India’s national and state governments have had many agreements with the private sector for the provision of healthcare. Public-private partnerships entail collaboration between a government agency and a private-sector enterprise that may be utilized to fund, create, and run projects, such as public transit networks, parks, and convention centers.

Prof. Sunil Ray started the discussion by talking about how IMPRI challenges the paradigm regarding the health system of the country. The existing paradigm has changed miserably in a variety of ways: 75% of the healthcare infrastructure, 74% of the doctors live in urban areas, and consequently with 73% of the rural population is outside the healthcare paradigm. Some studies at the international level as well as at the national level show several success stories here and there but simultaneously there are cases that lack transparency or are embedded with corrupt practices.

In his personal opinion, Prof. Sunil Ray thinks there is a need to define public and private; to see healthcare as a human right is not neglected at all. He opines that in the name of the partnership, no partnership fits in the framework of cohesiveness when it is subject to exploitation by the private sector.

PSE and PPP in Health Service in India

The discussion was then taken forward by Prof. A. Venkat Raman. In his belief, theoretically speaking Private Sector Engagement (PSE) and Public-Private Partnership (PPP) are two different and separate domains. He sees PSE or PPP only as policy options, not to supplant or substitute the public sector responsibility towards extending the healthcare services to the population. He is looking at it as complementary to the existing effort by the government.

His presentation focused on the model of engagement and what has been done in the last couple of decades; what are the lessons and the issues that have to be taken into consideration to make PSE more productive.

He points out that the private sector is pretty unregulated in terms of the rationality of the services, in terms of cost, distribution, clinical efficacy, etc. While the public sector is either grossly underused or not sought by the public, the evidence as to why we are making the private sector so important in the healthcare system is very clear.

The three decades of healthcare from the private sector.

Prof. A. Venkat Raman with the help of graphs points out that despite the investment from NRHM that has gone in from 1995-2014, one can see a gradual increase in the urban area in terms of the proportion of people seeking inpatient services. Not surprisingly, however, in the rural areas as well, we can see that despite an investment of Rs. 120000 Cr. into NRHM, the proportion of people seeking private sector services remain the same.

Therefore, the private sector becomes an indispensable caregiver in the Indian healthcare system. So, according to him, they can be condemned but not ignored because it cannot be denied that the majority of the population goes to the private sector to seek services. The reasons behind this however are debatable. One of the main reasons is the fact that in many of the primary healthcare centers in the country, in states like Madhya Pradesh, Rajasthan, Uttar Pradesh, Bihar, either the doctors are absent or the facilities lack medicines and other resources.

Who pays for health care?

Reasons why we need to engage the private sector

Further, he argues that the number of hospital beds in India is also abysmal. For example, India has 0.8 per 1000 people (as compared to 4.8 in China). Therefore, according to the actual WHO requirements, India would need around 2.8 million additional beds; and that too requires a lot of investment from the public sector.

The next point Prof. A. Venkat Raman makes is that if any rural health statistics are examined one will find that in most community health services in India, conventionally there are 3-4 specialists and in 80% of these community health services the specialists are missing. This implies that people either have to travel to district hospitals or seek private services. And many of these district service hospitals including regional hospitals do not have specialty services so people have to depend on the private sector.

To explain the third point, he argues that a large proportion of India’s population is seeking care from the private sector and while doing that they are paying out-of-pocket.

Thus, in that regard, India had RSBY in the past has the Ayushman Bharat scheme in place right now.

Foundations of PSE or PPP

Prof. A. Venkat Raman argues on the dimension of who will finance the services and who will deliver the services. In this framework, he mentions, the highlighted part is the only part that is being explored as PSE or PPP. He then explains that neither public hospitals nor private hospitals are going to vanish and that he is only exploring the possibility of public financing private delivery assuming hypothetically that the private sector delivery is more efficient, more quality-oriented, and more efficacious.

According to A. Venkat Raman, PSE is a broader approach whereas PPP models are much more transactional in nature wherein the investment opportunities are greater and the private sector takes a greater risk than the public sector. These are legally binding contracts and are invariably long-term in nature, anywhere from 20-35 years. In his opinion, puritans consider infrastructure-oriented projects as PPP.

However, he goes on to say that hospital services are very complex because service delivery is the most important objective. Therefore, PSE encompasses all possible combinations including a large number of supportive services that go in which cannot be considered as a PPP. Therefore, he uses a broader framework of PSE combined with PPP to explain the healthcare system in India.

He then goes on to explain the PSE/PPP models for financial protection, talking about demand-side financing (for eg. the Chiranjeevi Scheme), supply-side financing, etc. He also talks about other options including but not limited to drug research, marketing, etc. He illustrated his point through examples of infrastructure-related projects, management contract-oriented PSE/PPP models, Social health insurance models in India, and PPP models across the world.

Overall, Prof. A. Venkat Raman opines that PPP is growing in some geographical areas and has become more mature in areas like Australia and North America whereas, in some European countries, PPP has been on a decline. Many Southeast Asian countries including India and China and several Latin American countries have been seen as a high growth-oriented market for PPP.

Benefits of PPP/PSE in Primary Care

To explain the benefits of PPP/PSE in primary care, Prof. A. Venkat Raman talks about an experiment (Case Study: Benefit and Impact of Private Sector mobilization in Patna and Mehsana) carried out in rural Patna between 2012-17, wherein the private sector was mobilized through an NGO to look after the TB-control program. The Public sector at the time alone was able to notify on average somewhere around 70 people afflicted with TB per lakh population. However, it can be seen that the private sector was able to notify patients equal to 6 times that number. He uses this example to explain how the country is benefitting from the mobilization of the private sector.

Prof. A. Venkat Raman then talks about the challenges of PSE/PPP in the health sector in India. In his opinion, almost everybody interprets PPP from their own perspective. In such situations, there is scope for interpretations that is not conducive to the obligations of both the partners. He also goes on to explain a few other pointers as challenges. They are as follows:

However, despite these challenges, according to Prof. A. Venkat Raman, working with the Private Sector is inevitable in the Indian context. New studies are constantly proving that private sector engagement improves access and reduces out-of-pocket expenses. He then also mentions that PSE/PPP is not the same as privatization.

In conclusion, A. Venkat Raman recommends that to overcome the challenges and move forward, India needs to develop private sector-specific policies. Besides that, he believes creating institutional frameworks, building capacity, and providing better ecosystems for PSE is of utmost importance. Further, effective licensing and regulation is the foundation on which PSE needs to happen.

Dr. Swati Sawant Rane then continued the discussion by talking about how the narrative of healthcare has shifted over the years to a more commercial angle wherein venture capitalists are entering. She also talks about the lack of proper structures and systems in government programs and the lack of dashboards and connectivity issues in civil health care institutions.

She then goes on to point out the fact that during the Covid-19 pandemic, the public sector collapsed and that the private sector was not equipped enough to deal with the load. In her opinion, it is more important to change the narrative and work on exceeding cases to reverse diseases like diabetes and hypertension instead of increasing the number of hospital beds because that cannot be done all at once.

She opines that there is now a need to redefine the concept of health, the curriculum of hospital administration and public health, doctors, etc. Besides that, what is important is to redirect the policies, the type of hospitals, facilities, and human resources we require.

The government has to invest. Without the commitment, without the political bill, and without the demand of the people, a change cannot be made in the public health sector.

Therefore, in her opinion, it is important today “to bring together the private and the public health sectors to work on social determinants of health, economic issues, gender issues and come to a consensus with ethical principles, that is, of universalism, justice, dignity, security and definitely human rights”.

“Today there is a need to demand from the government healthy policies, fresh air, fresh water, good food, and accessible healthcare to remain healthy in our country.”

Prof A Venkat Raman then argues and concludes that conceptually and logically PPP is not wrong but it is the implementation that is poor.

Responding to a question on Ayushman Bharat Prof Venkat stated that every health insurance operates on the notion that there is pooled risk meaning people who are healthy and can afford a greater premium can subsidies low-value treatment exercise, till the middle class become part and parcel of the Ayushman Bharat Scheme it will continue to be social health insurance. He further opined that health insurance perse cannot only rely on government and should be collective risk shared by the population.

“There should be social audits and separate budgets for development of public health care system in India”. Says Dr. Swati.

“One cannot trade-off between profit and health, hence its responsibility of the state to provide health facilities to its people.” Says prof Ray.

Acknowledgment: Palak Bothra is a research intern at IMPRI.