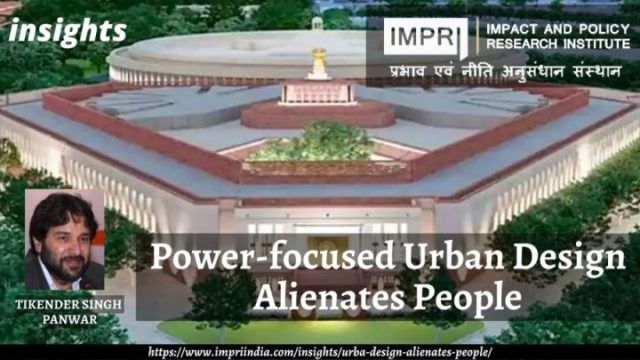 After being elected as Shimla’s deputy mayor, I first removed the red and green lights outside the office. This ensured no-hindrance access to the office for the town’s people to the office. Thus, promoting a culture of high accessibility that has existed in the state of Himachal Pradesh right since its formative days. Even the earlier chief ministers would meet the people directly, ensuring a better dialogue with them.

Here is another story told by a retired chief secretary of the state of Himachal Pradesh during his tenure in Tripura, from where he shifted to Himachal Pradesh in the later years. He said that the then chief minister, Nripen Chakraborthy, had asked his officers not to seek an appointment and kept a hole in the door covered with a file cover. “Just sliding the file cover would tell whether the chief minister is in a meeting or free, and we would walk in just like that,” said the officer in an interaction.

There are many other stories of high accessibility of government offices, and the design of the offices is a matter of great concern, ensuring that people have greater access and can raise their voices with the concerned officials.

One of the criticisms of the Central Vista in Delhi is that apart from the huge expenditure and obnoxious obscurantist ideas driving its construction, the core element was the sheer design of the project and the buildings that would be constructed. The walk on the Rajpath, which has now been renamed Kartvyapath, was meant to provoke people to come closer to the ruling establishment, and that is why most of the large public meetings were allowed at the precinct called the Boat Club. However, this started changing, and the public was kept at a distance from the power centre.

The new design of gigantic buildings that will come soon is to showcase that the power centres are indeed very powerful. Instead of engaging with such centres, the people must fear them just like in the medieval period with gigantic forts and so on.

City design, and particularly the design of the offices of the administration, must be in sync with the people. It should not be at a varying distance from the people’s imagination.

Unfortunately, this was witnessed in Shimla during the recent election campaign for the legislative assembly. During the campaign, it was an opportunity to visit these offices to seek votes.

The offices of the higher officials are entirely out of sync with the imagination of the ordinary people. The sheer design and use of the material in the offices of the district administration seemed to be telling people that they must fear the power circles. Instead of promoting inclusion and ownership, the entrance to the office exhibits scare and despotism.

In one of the public hearings organised during the Central Vista, a member of the team pointed out to the CPWD and those from the DDA that “we are the owners (people), according to the Constitution of India, you (the officials) are just the custodians.” However, the custodians supposed to deliver have attained gigantic proportions and alienated the people further.

The current method of distancing people and designing in such a manner that scares people is not sustainable. It is not just limited to one district or office; invariably, the universality of designing the office space in the country invokes fear in people, so they do not dare challenge the ruling power.

Alternative methods of designing must be ensured so that people do not find it to be a challenge but rather take it as another place, just like their home, to raise their voices and issues. Urban design particularly has to consider this aspect where the working people can just walk in to raise their issues.

In another incident in Bonn where the mayor of the city, Nimptsh, had invited me to his office, I was a little surprised to see how the mayor’s office works, unlike our offices in India. I reached a little early and was astonished that the office was closed. After a few minutes, I saw someone open the lock and enter the office. He was the mayor himself. Upon asking whether I would prefer tea or coffee, I was also asked whether I would like to prepare it myself or if he should prepare it for me.

This is unheard of in our Indian context, where the gigantisms also come from the sheer authority to give orders to the staff to fulfil basic needs. Upon inquiry, I was informed that the council meeting of Bonn city does not end till all the issues of the people, who join the meeting, are not resolved. Then, the council may have to sit even overnight.

The point is not just about copying the mechanism or the design of the West; the point is to reduce the distance between the executive and the people, which is unfortunately widening, both in design and work!

This article was first published in NewsClick as Urban Design Centred on Power is Alienating People on December 04, 2022.