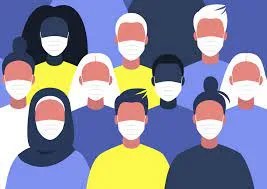 The Covid-19 pandemic has underscored the importance of timely data collection and sharing data usage for decision-making. Data plays a vital role in informing vigilant response and preparedness towards pandemics.

Highlighting the issue of pandemic preparedness through data and addressing the challenges involved, the #IMPRI Center for Human Dignity and Development (CHDD), IMPRI Impact and Policy Research Institute, New Delhi organized a panel discussion on “Population Data and Pandemic Preparedness” under the series The State of Population and Development – #PopulationAndDevelopment on January 13, 2022.

Devender Singh, Global Studies Programme, University of Freiburg, Germany; Visiting Senior Fellow, IMPRI, began by talking about how his working at different organizations made him experience the paucity of data and he also added that most experts and agencies believe in having a better quality of data. He mentioned that all data collecting UN agencies, Indian as well as global organization felt the lack of data availability and data usage in predicting behaviour of epidemic as well as mounting effective response, timely need of data, usability and cost competitiveness.

He encouraged looking for data outside the health management system to predict epidemic behavior and thus the need for discussion like these started.  Lastly, he highlighted how this discussion would focus on helping how to use population data, how to find population data to prepare for a pandemic, talking of demographic data in isolation of its linkages and consequences for development.

Prof Mala Ramanathan, Professor, AMCHSS, SCTIMST, Thiruvananthapuram; Working Editor, Indian Journal of Medical Ethics (IJME), Prof Mala started with the key sources of population data for planning and monitoring the vital rates and health in India. She mentioned how the decadal Census acts as India’s backbone because the entire country gets counted in and while calculating the rates as there is a denominator for every estimator. Prof Mala then talked about the civil registration system as the least spoken but most important for Covid-19 data, as it is required by law to report death within 21 days.

However, this has a limitation that registering and reporting of deaths in this system isn’t uniform, though it’s improving over time. She then gave us information on the usefulness of the level of registration and importance of the Sample Registration System (SRS) in providing accurate estimates of births and deaths by age for states and union territories. Discussing further the cause of death from CRS, she highlighted how, in India, the proportion of medically certified death to total death is 20.7% and for state like Kerela it is only 11.6%.

Prof Mala then discussed the sampling units for SRS. An interesting point she mentioned was how the confidence interval of SRS is narrow, which supports that the estimates of death rate in SRS can be relied upon and later discussed how the reliability of death rates in SRS isn’t uniform across states.

Prof Mala listed various ways to verify validity of any data source and mentioned some other data sources which could help during a pandemic. Later, she stressed upon strengthening CRS and statistical systems within ORGI’s office, supporting the conduct of census, creating mechanisms of monitoring deaths and their causes accurately in a decentralized manner and nurturing skills within academia as part of larger scheme.

Dr. Kunal Keshri, Assistant Professor, G B Pant Social Science Institute, Prayagraj, Dr. Kunal stated that migrants are an important part of society and its population and due respect should be given to them. He went on to define a pandemic and an epidemic and gave a brief on the various pandemics that have occurred till now. He gave the preparedness for pandemic utmost importance as pandemic affects millions of people and emphasized that when a pandemic occurs, efficient response is required, which caters not only to the total population but also looks at vulnerable population.

Dr. Kunal described migrant groups as heterogeneous in contrast to the popular belief of them being homogenous. He then stated two types of migrants – 1. Permanent and 2. Short Term. The outbreak of Covid-19 and migrant crises highlighted poor understanding of government agencies and the result was that temporary migrants or short-term migrants were badly affected due to their involvement in the informal sector. Furthermore, Dr. Kunal talked about various sources for obtaining migrant data and explained some recent trends in permanent as well as short-term migrants.

Dr. Kunal stated that the highest number of labour migrants are found in Uttar Pradesh followed by Bihar (which also saw the highest number of temporary migrant returns) and mentioned a bilateral flow of migrants between states and union territories.  According to Dr. Kunal, Covid-19 impacted employment, food security and dietary diversity of low-income migrant workers in UP, Bihar, and Delhi during Sep to Dec 2021. Lastly, he mentioned about the presence of paucity of data in the migrants group.

Dr. Venkatesh Srinivasan, Public Health and Development Professional; Previously with the United Nations Population Fund (UNFPA), stated that there is a need for data for the elderly sector for better service delivery in the future. While considering the pace of the aging population, one factor he highlighted is to look at the doubling time. Dr. Venkatesh said that we need to plan for the vulnerabilities of the elderly group including the economic, social, health, and gender services.

He discussed data availability for policy formation, service provision, and individual-level data gathering. Talking about data for policy formation, he said there is a mis-proportionate distribution of resources thus more precise planning is required for social, security services, health, etc. He also mentioned that there isn’t any department or agency at the state level which looks at the agent in a comprehensive manner and lacks of availability of data. Moving towards data for service provision, he suggested an electric model with modules for service provision at the tertiary, periphery, or village level.

Lastly, talking about individual-level data gathering, he stated the challenges in depicting who needs what kind of services and suggested an integrated elder data record system that would help in the provision or targeting of services. Dr. Venkatesh mentioned that we need to reposition ourselves as we have attained our fertility targets now. He asked to focus on physical, mental, housing, socialization and not just on health surveys for elderly people. Lastly, he emphasized inter-operability i.e. different departments have access for planning as if this would have happened during the Covid times we might have a better understanding of the elderly group situation.

Urvashi Prasad Director, Development Monitoring and Evaluation Office (DMEO), NITI Aayog, began by talking about the challenges faced in the health sector. According to her, there is a fragmentation of data; while looking at public policy health making it isn’t possible to focus just on public health, collection of data, and several other issues. Further, she mentioned ways to handle challenges like streamlining of data and less fragmentation, using existing data to best use, and securing data.

She stressed the need to strengthen the institutional capacity of data at the state and sub-state level, strengthening data collection and mechanisms for long-term vision. In consideration of the pandemic situation, where different stakeholders require data, she mentioned how data gets misinterpreted with some social media platforms and suggested government and experts to come together and add to the key metrics for future.

Devender Singh summed up the entire discussion by stating that we don’t have adequate data, data isn’t collected or updated regularly, various quality issues with the CRS and SRS data, completeness issues, lots of differentials across states i.e. fight between who will be doing which kind of survey. There are some sub-issues such as we don’t bother to have data which leads to a very important question – Are we really serious about data? For the migrants scenario we need to think of alternatives if the timely survey isn’t taking place.

He mentioned three stages of pandemics and how to use data in each stage. Firstly, how to prepare or predict pandemic; second, we need to have good estimates and lastly, planning response which address issues like what kind of resources are required in recovery mode or what kind of population is vulnerable. Finally, he stated that apart from the availability of data, data usage is also equally important, and we should also focus on proper visualization of data.

Acknowledgement: Sunishtha Yadav is a Research Intern at IMPRI.