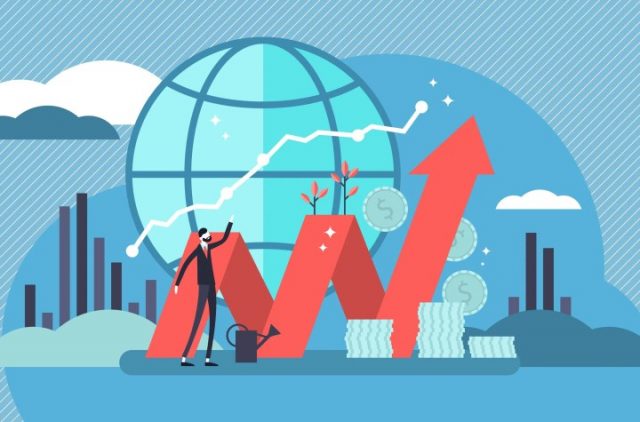 Under the series, The State of the Economy – #EconDialogue, Center for the Study of Finance and Economics (CSFE), IMPRI Impact and Policy Research Institute, New Delhi organized #WebPolicyTalk, a distinguished lecture on the topic India’s Macroeconomic Resilience amidst Global Fragility: Facts, Factors and Forecasts, by Dr Deepak Mishra on August 24, 2022. Dr Deepak Mishra is the Director and Chief Executive of the Indian Council for Research on International Economic Relations (ICRIER), New Delhi. The session was chaired by Dr Rafiq Dossani, Director, RAND Center for Asia Pacific Policy, a Senior Economist and the Professor of Policy Analysis, Pardee RAND Graduate School.

Prof Rafiq Dossani started on a high note by saying that India’s Economic record for this year would be one of the best in the world. It’s a great performance that’s expected after some years of battling covid and other disruptions. To introduce the topic to everyone, he showed a graph comparing US monthly inflation rate and the Interest Rates by the Fed. For the Fed, according to him, the main priority is inflation targeting. So they would increase interest rates aggressively irrespective of other ongoing events in the economy. Treating interest rates as the biggest risk to future economic growth. He further posed a question for discussion- if interest rates keep on increasing till inflation comes down to the target of 3-4%, what would the impact of that be on the world economy? With this question, he invited Dr Deepak Mishra to begin the lecture.

Dr Deepak Mishra a brief introduction to the topic, giving context and background. He started by saying that we live in interesting times, amidst a real war and several proxy wars- including the trade wars between the two largest trading nations. We are still living through the pandemic, which hasn’t gone away in many parts of the world. We are also seeing unprecedented levels of inflation and a substantial breakdown in global supply chains. Even bigger, long-term structural issues such as Climate Change, disruptive technologies and automation are things we witness today. So we couldn’t be living in more challenging times for the world economy, more challenging than ever before. Historically, he says, when the world sneezes, India seems to catch a cold. In the past, every slowdown in India has coincided with a global economic shock.

Every big global shock has affected India, be it- the two oil price shocks, the collapse of the Soviet Union, the Iraq War, the Asian Financial Crisis, the Dotcom Recession, the Global Financial Crisis and the COVID-19 Pandemic. In terms of the inflation rate, India’s inflation rate has remained anchored around its pre-pandemic expectations compared to other G20 and ASEAN6 countries. Talking about economic growth, India is projected to maintain its status as one of the fastest countries among its G20 and ASEAN peers. The Indian economy has indeed been more resilient. Dr Mishra then talked about the reliability of this analysis and its possible explanations. To analyse forecasts and what the future holds for the country, Dr Mishra spoke about India’s Economic Outlook.

The scenarios can be broadly classified into three: Optimists, Pessimists and Realists. The optimist narrative says that the economy is well-poised to take advantage of the post-COVID recovery. It also says that our reform credentials are strongly established as we did not undertake massive stimulus or populist measures. On the other end of the spectrum are pessimists. Their narrative says that the reforms made are pro-business and not pro-market, which is leading to a concentration in key industries, thereby reducing competition which is the oxygen required for creating growth and employment. Critics also argue that there is centralisation of power, funds, decisions and weakening of institutions. In the middle lie the Realists who believe that we would have a strong post-COVID recovery, but some decline in potential growth as a result of the learning crisis during the pandemic which might have long-term consequences.

Summing up, he says that India has indeed been an island of macroeconomic and financial stability in an ocean of high turbulence and uncertainty. This can be explained by sound economic management, an unfortunate turn of global events, inconsistent policies of the developed world and a dollop of good fortune. But this is only a short-term respite. The jury is still out on whether India can turn its current positive momentum into a sustained medium-term improvement. He ended his piece by saying that there are good reasons to be Cautiously Optimistic.

Mr Arvind Chari was invited to give a market perspective on economic data, both short-term and long-term. He spoke about India’s history and the long-term journey that India has taken. He mentioned how the reforms made in the late 70s and early 80s, irrespective of the government, have really shaped investor sentiment, especially those looking for long-term investments. Most governments have followed a blueprint of reforms, which has meant that Real GDP has continued to grow at 5-6%. Indian GDP and Indian markets are fairly representative of the economic trends, which is not the case in China, where investors haven’t commensurately invested.

Dr Pooja Misra spoke of various macroeconomic indicators. Positives for India include structural reforms, including the supply side reforms which will have a multiplier effect in the long term, thus working in our favour. Reshoring of supply chains will help us too. As far as the services sector is concerned, we can see a revival there. In the international Economic Resilience Rankings released by PHDCC, India ranks as the 2nd most resilient economy in 2022. That being said, we need to be careful. We must keep an eye on inflation and exchange rates. Keeping inequality levels in mind is also very important. She summed up by saying that a good story is being unfolded and India is turning out to be a resilient economy in today’s day and time.

Prof Nilanjan Banik made several comments to add to the previous speakers and brought about many pertinent questions. Towards the end of the session, all speakers answered several queries of the participants and enriched the event.

Acknowledgement: Tripta Behara is a research intern at IMPRI.