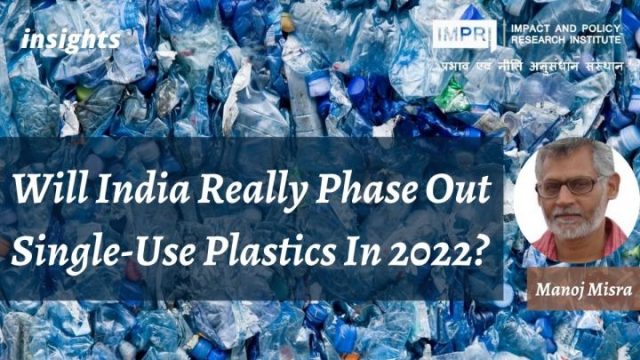 Victor Frankenstein’s ‘monster’ was an ugly humanoid but was not meant to be as bad or destructive as circumstances turned him into. So was Plastics when it was invented way back in the nineteenth century. But its indiscriminate and irresponsible use has turned it into a true environmental monster of modern times. No less of pandemic proportions, actually. Let me explain.

Look around and try locating an item that is not made of plastic or does not have a component made of it. I tried and was horrified by what I found. Within my small flat, but for few wooden furniture items, books, few steel utensils, eatables, clothes, ceiling fans, potted plants and of course the walls, ceiling and floors of the unit there is little else including the gas stove burner (its knobs are of plastic) that is not of plastics or carries a plastic component. Today it seems that any household item that is lightweight and affordable is by default made of plastic.

As the game of billiards became popular elephants began to be hunted more and more to supply ivory balls for the game. The development of artificial ivory became a dire necessity. It was realized in 1862 when Alexander Parkes invented ‘Parkesine’ using cellulose, a naturally occurring molecule made up of hundreds and sometimes thousands of Carbon, Hydrogen, Oxygen atoms. These are large polymers.

Then in 1907, Dr. Leo Bakeland developed ‘Bakelite’, the first-ever true synthetic plastic made from phenol and formaldehyde. It was aggressively marketed as ‘the material of a thousand uses, a claim that ultimately turned out to be an underestimate for its products today range from toys, daily consumer goods to aerospace.

The two world wars gave a fillip to plastic products for their lightness, moldability, longevity, insulation etc. Amongst many other man-made things gaining currency post the Second World War ‘plastics’ have the pride of place. By the 1970s and 80s, it came to rule the world as the material of choice to replace items made till then of glass, metal, ceramics, etc.

Soon Naphtha, a byproduct of the petroleum industry, which itself came into its own post the two world wars became the key raw material used in the plastics industry. So starting its life from cellulose, a plant product, Plastics is today part of the fossil fuel industry.

So when the global oil crisis in the 1970s posts the Yom Kippur Arab Israeli conflict created the raw material shortages search for easily available alternate resources led to the development of what is now called Bio-plastics, which is made of carbohydrate-rich plants such as corn, sugar cane etc. But with the waning of the oil crisis, interest in bio-plastic research too followed suit. It has since seen a revival in recent times on account of adverse environmental impacts of the use of plastics, more so of the single-use variety.

A 2019 documentary titled “The story of Plastic” (https://www.youtube.com/watch?v=PCNanJNJ8JA is a searing expose on the realities of a world almost swamped over by a tsunami called plastics. It’s everywhere and it is traveling deeper, into our freshwater bodies, our oceans, and now even into our own human bodies.

When in the 1990s water first entered the market in disposable plastic bottles and plastic carry bags became commonplace, it seemed God sent. These were lapped up by consumers like nothing before. Even in remote villages, they sprang up as if by magic. Convenience had not seen better days.

But soon enough carelessly littered plastic bottles and carry bags became the symbol of human presence. Urban flooding from clogged drains became the order of the day. Autopsy of dead cattle began to reveal huge amounts of plastic carry bags in their stomach, presumably consumed for the food items carelessly left in them. Politicians and other VIPs can be seen lifting a few plastic bottles or carrying bags from a heavily polluted river, a lake, or a sea beach as useful media optics.

Plastic items have begun to reach landfills in more and more numbers. Over time a plastics recycling industry around landfills has emerged where recycler kids, women and men can be seen searching for and collecting recyclable pieces in filth and conditions unfit for human presence.

Discarded plastic items, big and small in water bodies like drains, rivers, ponds, lakes and oceans not only act as a physical obstruction to flow or accumulate other waste material around them but leech toxic and likely carcinogen chemicals like polystyrenes and BPA (Bisphenol A) into them.

According to an estimate, about 8 million pieces of plastics are making their way into our oceans every day and 100% of baby sea turtles have plastics in their stomachs. Pictures and videos of birds, reptiles and mammals with their body parts stuck in plastic can or related trash with no respite except human assistance often go viral on the net.

Microplastics and our bodies

Plastic as we all know does not biodegrade, but it can break into smaller pieces. Microplastics are extremely small pieces (smaller than 5 mm) of plastic that enter the environment from the breakdown of consumer products and industrial waste.

It was suspected that plastic had entered the human bodies as microplastic ingested as food or water.  Now researchers testing for microplastic presence in organs of dead humans have to their horror found traces of microplastic in every single organ they investigated.

A Nature article published this May reported “If parents prepare baby formula by shaking it up in hot water in a plastic bottle, their infant might end up swallowing more than one million micro-plastic particles each day”.

Research has found that microplastics in the human body can impair it to the extent of causing cancer. BPAs that are known hormone disrupters could leach from micro-plastic into our bodies. Studies suggest adverse impacts on various organs including reproductive impairment.

Clearly plastic in the human environment is a ‘nightmare’ with only the tip of its iceberg still visible. And unless effectively ‘tamed’ it would continue like the humanoid monster created by Victor Frankenstein wreak unimaginable havoc on earth and on its denizens including us humans.

While it is unclear whether the deadline was beginning or end of the year 2022, the onset of the year in question is but less than a month away with no sign of any phasing out really happening on the ground as one can view continued and brazen use of thin plastic carry bags and other similar disposable items made of plastic. Time to walk the talk, Sir!

This article Will India Really Phase Out Single-Use Plastics In 2022? first appeared in The Dialogue