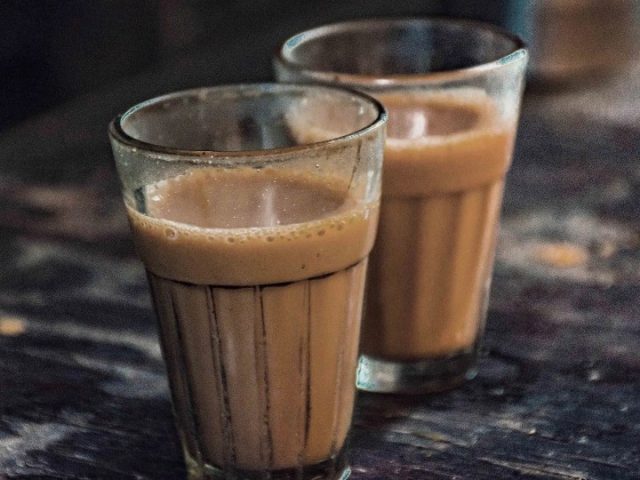 Tea is a beverage that has been commonly consumed in India and surrounding countries, but the way tea is made and sold has changed a lot over time. Somewhere the consumption of tea has become so much that the economy of the country has been damaged, while on the other hand tea is being transported abroad as a business.

I am not saying this, the youth of this country have proved it in the last few years. These two big startups ‘Chai Sutta Bar’ and ‘MBA Chai Wala’ have already proved their mettle. Apart from this, world famous coffee chain Starbucks has also included Masala Chai in its outlets. The need of tea has started increasing not only in India but also in other countries, like coffee, tea is also making its mark as a common beverage.

It shows that wherever you are in any corner of the world, no matter what caste religion you belong to, you can start with a tea shop.

Just like countries have different languages, so are the methods and names of tea making. If you want to drink tea in America, you will find many restaurants and outlets where you can taste it.

Why is tea becoming popular outside India?

You must have seen Indian employees working in every small and big company of the world. Because of these Indians, people of other countries are adopting India’s dress, dress, culture and foods, tea is also one of them.

The market for Indian food items is also growing due to the increase in the number of people of Indian origin. Talk about South Indian cuisine or beverages like tea are quite popular these days. To meet this need, many restaurants in the US are providing beverages such as tea.

Indian tourism has increased in the last few years, people from other countries visiting India are adopting the food and culture here. Tourists take away not only the memories but also the method of making different types of dishes from here. This is the reason why Indian food items are easily available in restaurants abroad.

Why tea startups getting popular in India?

The population of India has reached close to 140 crores, employment opportunities are negligible compared to the number of degrees issued by universities every year. Even without wanting, the youth are selling something by setting up small shops and stalls to feed themselves and their families.

Here tea is used as a common drink, just as drinking water is a must, tea has also become a need of the people. Tea is used from breakfast to dinner. A cup of tea made in 2 minutes costs 2 to 5 rupees. From village chaupal (a place in a village where people gather and talk) to large corporate meetings, tea is also consumed.

It usually costs 5 to 10 thousand rupees to start a tea shop, where other startups take lakhs of rupees and sometimes, they close before starting due to lack of money. But you can easily start a tea stall by taking debt from a family member or friends.

There is one amazing thing in all this and that is his name. Because of the attractive name, people are also drawn towards him. Without knowing what the quality of the tea would be, crowds would just gather for a one-time tasting. The one who stopped the crowd with his skill and hard work, he became successful. They say that the name sells before the work, something similar is happening with these tea startups as well.

There are many types of tea such as: milk tea, lemon tea, masala tea etc. It is also easier to make than common beverages like coffee and soft drinks, and if we talk about the harm on health, tea is less harmful than the rest.

Various herbal teas are also used in the treatment of many diseases. It has been used in India for a long time, but outside India it is also being used in countries like USA.

I am not writing this article to promote any tea business; I just want to tell that you can start your own business from any small product. Hard work and dedication not only make your work go ahead, but also promote the product to be used in your normal life, which is away from the eyes of the world. This type of startup also works to promote the civilization and culture of your country.

I hope this trend will not stop here, but the startup of such small products will be seen more in the coming days.