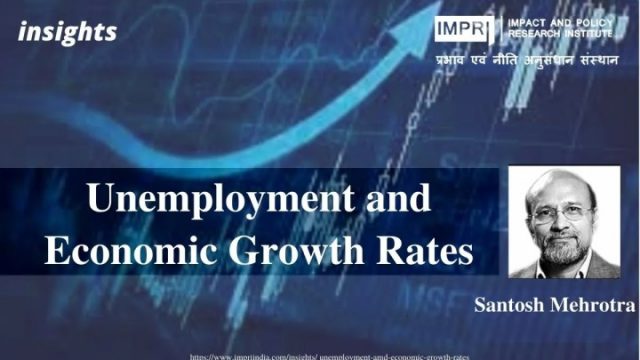 In 1955, the share of the population below the poverty line (NSS 1955) in Uttar Pradesh was 64%, not too different from that in the Madras State (present-day Tamil Nadu), at 73.6%, or in West Bengal, at 53.6%. Four decades later, in 1993-94, while India’s poverty rate was 45.3%, UP’s was 48.4%, Tamil Nadu’s 44.6%, and West Bengal’s 39.4%. The real difference in economic fortunes began to show after reforms began. GDP growth rates diverged significantly, between southern/western states vis-à-vis northern/eastern states.

The Akhilesh Yadav government (2012-2017) saw a growth rate of 6.92% pa, while growth was 4.88%—lower by two percentage points—under the Yogi Adityanath government, excluding the Covid year 2020-21. That means the current regime’s growth record is the worst in the past three decades.

If we exclude 2020-21, the increase in per capita income is merely 9.23% under the present regime. The corresponding figure during the five years of the previous regime was 27.6%.

Structural change has stalled in India, with manufacturing employment falling by 3 million between 2012 and 2019. In UP, manufacturing showed negative growth of 3.34 % under the incumbent regime, compared to 14.64 % during the previous regime. The growth slowdown had its manifestation in joblessness.

Thanks to the growth slowdown across India post-demonetisation and a badly-planned GST, UP’s economy and employment also suffered. Just as young people were getting better educated across India and UP, growth and employment generation slowed. Unemployment reached a 45-year high in India in 2017-18. UP performed even worse.

In UP, youth unemployment reached appalling levels. For those with secondary education, it tripled; with higher secondary schooling, it quadrupled. For graduates, it increased from 21% to 51%; for those with technical diplomas/certificates, it rose from 13% to 66%, and for technical graduates, from 19% to 46%.

The Narendra Modi-led government had promised 2 crore new jobs annually. When asked about this promise in early-2019 (when the government had prevented NSO from releasing figures on 2017-18 unemployment)—when unemployment was already at a 45-year high—the PM’s answers were dilatory and diversionary. The PM claimed EPFO enrolments rose. One big limitation of EPFO-based payroll data is the absence of data on unique existing subscribers (or contributors). Employees join, then leave, then rejoin or new ones join.

This is the primary factor leading to large and continuous revisions. There is no way the government can claim that these are additions to jobs; it can’t even claim an increase in formal jobs, since it has been impossible to estimate net annual additions.

The PM also spoke of MUDRA loans to individuals creating jobs. The government has relied upon MUDRA to get banks to hand out loans to small borrowers. In 2018, when the economy was stagnating, MUDRA was publicized as a job-generation scheme. The PM said in Parliament “we gave loans to 13 crores (130 million) youngsters through MUDRA” However, since 90% of the loans were issued under the Shishu category (less than Rs 50,000), they could not have generated many jobs.

From 4.35% of MUDRA advances in 2016-17, bad loans shot up to 9.3% in FY19, as political parties organized camps to canvass MUDRA loans for their supporters. In 2019-20, UP was the second-largest in sanctions, while Bihar was well ahead of Gujarat and neck-and-neck with Maharashtra!

The numbers in the 15-59 years age group are expected to rise by 2 million each year from 2021 to 2026; UP has one of the youngest populations among the states. What the state needs today is a strategy for labor-intensive manufacturing. Just two examples suffice.

Second, leather was a major industry for UP, especially Agra and Kanpur; but the attack on cow trade and transportation led to the decline of the industry in the two cities, with lakhs of jobs lost among two of the poorest groups in the state—scheduled castes and Muslims. It also destroyed a thriving cattle economy and left farmers with a stray cattle problem across UP, destroying crops—and with that, lives.

The article was first published in Financial Express Dropping the ball on growth and jobs on 20 January 2022.

Read another piece by the author by the author on development in India titled A Curious Case of the Millions of “Disappeared” Poor in India in IMPRI Insights.

Read another piece by the author on women empowerment titled Women Empowerment: Claims and Realities in U.P. in IMPRI insights