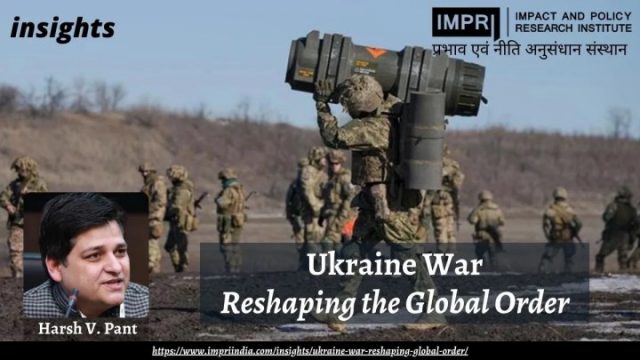 Last week was a symbolic one with Ukraine celebrating its 31st Independence day even as the Russian “special military operation” passed the six-month mark. The euphoria of breaking the shackles of dependence from the former Soviet Union coupled with the grim brutality of a needless war – it was all vividly experienced by ordinary Ukrainians in a matter of hours.

Volodymyr Zelensky had warned his compatriots that Russia might target civilian areas during the independence anniversary and Moscow didn’t let him down, carrying out a rocket strike on a train station in the central town of Chaplyne that killed at least 25 people. Russia justified it by underlining that more than 200 Ukrainian soldiers and military equipment headed for the Donbas were destroyed in the attack.

The war goes on and the gloves are off. Both sides are scrambling for a decisive move that is nowhere in sight. In recent days, the focus has shifted to Europe’s biggest nuclear power plant, Zaporizhzhia, where shelling by the two sides has fuelled fears of a potential nuclear disaster.

So far, Putin has avoided going in for complete mobilisation at home, relying more on mercenaries from the Wagner private security organisation, using recruits from the non-Russian ethnic republics and even prison to ensure that the Russian populace does not get to carry the burden of this war. This is important to ensure support for his war effort and he has been helped in this by rising energy prices.

The latest decree is, for the first time, an acknowledgement that the war is not going as planned and that greater burden sharing across Russian society has become imperative. According to some estimates, more Russian lives have been lost in the last six months than during the entire decade-long Soviet military campaign in Afghanistan.

Though Putin’s popularity has not been affected so far by the costs of the Ukraine war, the real trouble for him starts now as the wider Russian population feels the pinch of his decisions. The onset of winter implies that action is likely to shift to the spring as the Russian army recruits and regroups after an exhausting initial few months where Russia’s strategy had to undergo a dramatic recalibration post an initial setback.

On the other side, Zelensky has remained defiant, pledging that Ukrainians “will make our way to victory.” Though still muted, he has been facing criticism for not heeding the United States (US)’s warnings and preparing Ukraine accordingly. His leadership, however, is also viewed as critical for mobilising Ukrainians to respond to the needs of the battlefield.

The Ukrainian forces have often surprised Russians with their nimble tactics, aided by increasingly lethal weapons from the West. The US military support for Ukraine has continued with around $10 billion in aid to Ukraine under President Joe Biden. Just last week, Washington announced a $3 billion military aid package for Ukraine that would allow Kyiv to acquire air defence systems, “artillery systems and munitions, counter-unmanned aerial systems, and radars.”

It is not readily evident how long Ukraine can continue to harness its resolve to take on Russia’s preponderance of power and if its determination to push back Russian aggression would be enough to change the course of the war in its favour. This is also contingent on support from Europe. So far, Europe has shown unprecedented willingness to take Russia on but as the winter sets in, the challenge for European governments will grow at a time when inflation is at an all-time high. The consequences of war fatigue in Europe can be quite dramatic for Ukraine.

A short, decisive campaign planned by Russia in February has turned into a war of attrition because of fierce Ukrainian resistance, but as this war has dragged on, the underpinnings of a new global order can already be discerned. Despite the extant challenges in Eurasia because of this conflict, the major powers remain focused on the Indo-Pacific where China’s rise is presenting challenges of a magnitude not seen since the early Cold War days of last century.

For all its bravado, Russia has proved to be a second-tier military power without a commensurate economic base to sustain its long-term campaign against a weak Ukraine. It may destroy Ukraine but its ability to create anything in its place is seriously in doubt. So as the Cold War between China and the US takes on ever-new dimensions, Russia’s role is likely to be one that would be dependent largely on the benevolence of China.

And that challenges some of the long-held assumptions of Indian foreign policy. New Delhi’s desire for a multipolar world order and its attempt to frame a multi-aligned diplomatic outreach has been premised on Russia playing an independent role in the global order. More than ever, Russia’s position as a global player that can carve out an autonomous role is in doubt. It is a loss for India, for sure, but New Delhi cannot manage it by simply hoping against hope. It has led in some quarters to resurrect the idea of non-alignment as the only viable approach.

If non-alignment didn’t work during the US-Soviet contestation, it hardly has any chance to yield India any dividends when the US is being challenged by China’s rise and Sino-Indian divergence is at an all time high.

Even as the Ukraine crisis drags on, the strategic map of the world is being reshaped by the new era in great power politics. Relying on old tired clichés will hardly serve any purpose if India is to emerge as a leading power in the international system.

This article was first published in Hindustan times as Ukraine war: The global order is being reshaped.

Read another piece by Harsh V. Pant India and Taiwan: Moment to Seize in IMPRI insights.

Read another piece by Harsh V. Pant US Chip on Chinese Shoulders in IMPRI insights.