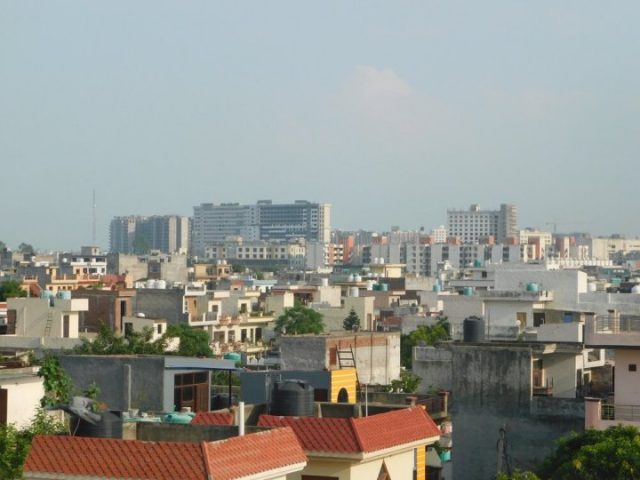 The state of the Peri-Urban is evolving by the day in India. Multiple large cities in the country are experiencing a gradual or sudden influx of migrants into their cities or state. This increases the demand for more land to create accommodation for the new inhabitants of the city. In such a situation, the market forces drive up the prices for land in primary areas within the city. This forces people to find space in the “peripherals” of the city.

They mostly come under the city’s geographical limits and are the concern of the city administration. With the growing occupation of these areas, there is a large pressure on the development of these places. The rise of the Peri-Urban has been observed in cities such as Mumbai, Chennai, Bengaluru, etc. The expansion of the Peri-Urban has created many issues and challenges for the city administration.

To further discuss the topic, IMPRI Impact and Policy Research Institute, New Delhi hosted a #WebPolicyTalk conducted by the Centre for Habitat, Urban and Regional Studies (CHURS) on the topic “The State of the Peri-Urban” under the series, The State of Cities- #CityConversations on the 16th of November 2021. The guest speaker for the talk was Dr. Kanchan Gandhi, Postdoctoral Fellow, Department of Humanities and Social Sciences, Indian Institute of Science Education and Research (IISER), Mohali.

Chaos at the Margins

Peri-Urban areas are lucrative spaces for real estate developers or actors as the cost of land is cheaper. The development of cities like Gurugram and Noida is an accurate example for showing privatized urban development. Dr. Kanchan focused on Chandigarh and mentioned that Zirakpur was being developed as a satellite city of Chandigarh since the 1990s, however, it only got a master plan in 2008. Chandigarh cannot be seen as a lone city and most of the activities happen between the tri-city area, which also includes Mohali and Panchkula.

The various settlements in the city also contribute to the story of their development. Indira Colony in the Mani Majra area was initially a camp set up for migrant workers who were involved in constructing the city of Chandigarh. Another such settlement is the Bhaisina Tibba, which is not recognized by the government, therefore cannot enjoy some of the schemes such as Swachh Bharat Toilet, which are available to the people of Indira Colony. Another settlement of migrants would be in Jagatpura which also lacks necessary amenities.

Zirakpur – The Centre of Attraction

According to the initial plans, peripheral areas such as Zirakpur, Mullanpur, SAS Nagar or Mohali, Bannur, etc. were designated for green growth. On the contrary, these areas have been rapidly urbanizing. The advantage of the rapid urbanization of neighboring areas or peripherals is that it can reduce the operational cost of the businesses.

Zirakpur provides lower rental charges for commercial purposes, poses to be an integral transit node, and is well connected to the airport and railway station.

The Rise of Zirakpur

In 2001, Zirakpur had a population of 20,000 people collective of all the villages in the area which created the node. Now, the place has a population of around three lakhs. Zirakpur is a strategic location as it has the highway for Shimla, Delhi, Patiala, and Ambala passing through it. The low rental charges also attract businessmen and vendors into the area. Dr. Kanchan commented, “What Zirakpur is to Chandigarh is exactly what Gurgaon is to Delhi”.

Zirakpur shares certain similarities with Gurgaon with the patchy kind of development. In both the cities, the city administration or government plays a secondary role as development is led by private capital. Even though only forty percent of the housing has been occupied in Zirakpur, the map below shows that the area is densely constructed. In an interview with the Chief Town Planner GMADA said that “the city’s infrastructure does not match its residential growth”.

There are about 60-70 private developers who operate in the area of Zirakpur and there exists a state-builder nexus where people in authority or power are direct parties in property development or land deals. There have been cases where people have used this power to provide clearance or completion certificates without proper inspection, which has also created sub-standard group housing societies.

There also have been cases of disease breakouts in housing societies or villages. One such incident is the multiple cases of diarrhea in the Bhabat village of Zirakpur due to a poorly constructed sewage system seeping into the drinking water system. This intends at the larger issue of housing inequality, where luxurious housing and rural or low-cost housing stand in simultaneity. The inequality does create the scenario of increasing crime in the area.

Creating the Discourse – Reflections from the Discussants

As Dr. Kanchan Gandhi concluded, Dr. Rumi Aijaz gave his perspective on the matter and further elaborated on the points presented by Dr. Kanchan. As Dr. Rumi opened the discussion to the other discussants Dr. Bhawna Bali was the first to give her remarks. Dr. Bali commented, “today’s peri-urban will be tomorrow’s core city”, which was to imply that there is nothing constant about the rise and development of the peri-urban area. The lack of documentation and the existence of a plan or master plan for the development of urban settlements will cause confusion and unorganized urban settlements.

Sameer Unhale added his views and distinguished between transitory urbanization and peri urbanization. He also commented that the distinction of the rural-urban level at a conceptual level can cause misunderstandings and poor implementation. He also mentioned the level of confusion that usually arises in administration due to the expansion of peri-urban areas into the jurisdiction of the municipal corporations.

Acknowledgment: Arjun Sujit Varma is a Research Intern at IMPRI.