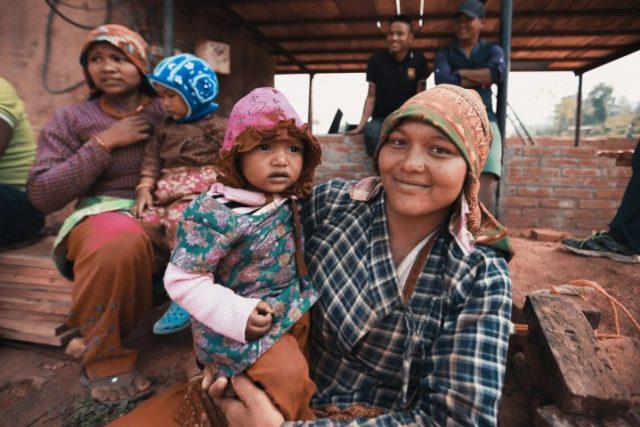 The covid-19 pandemic has deepened the pre-existing inequalities across socio-economic groups, the distressing images of migrants’ exposure remained attached in our minds but not a lot has changed in terms of data collection and policy making since then to understand the role of equality for cohesive development. Cohesive development also means that human beings should respect the boundaries of nature which they cross at their own peril and the peril of other living beings on earth.

In lieu to this, The State of Development Discourses – #CohesiveDevelopment, #IMPRI Center for Human Dignity and Development (CHDD), #IMPRI Impact and Policy Research Institute, New Delhi organized #WebPolicyTalk with Prof Amiya Kumar Bagchi, on The Role of Equality for Cohesive Development on January 19, 2022.  The session is inaugurated by Ms Mahima Kapoor, researcher and assistant editor at IMPRI. Ms Mahima Kapoor extended her gratitude to the speaker, moderator and the discussant.

The moderator for the event, Prof Sunil Ray, Former Director, A. N. Sinha Institute of Social Studies, Patna; Advisor, CDECS and IMPRI, is an academician with 35 years of experience in research and teaching in the field of environmental economics, political economy of development and rural development and institutional economics.

The Role Of Equality for Cohesive Development

Prof. Sunil Ray willinged that the discussion today might showcase the legacy of the works of Prof Bagchi.  Prof Bagchi has pointed out that the state of differences of equality and inequality exists since long ago. From the very beginning people lived in communities and unfortunately they had to struggle against inequalities in the form of differences between men and women or between chief and others which has even increased more with the emergence of Civil society.

He criticized the thinkers such as Rousseau for focusing on equality among men only and not women. Further, He discussed the International Migration and Migrant crisis of Europe, US and African countries and its pragmatic condition for the last 10 years. He focused on the results of the protectionism condition and further entailed on the civil wars due to preference of their own men as rulers hence, International Organization should come up to save these people impacted with the civil wars and allow people to choose their rulers on their own so that civil wars won’t happen.

Prof. Sunil Ray had welcomed Prof Bagchi to righly elucidate the Rich exposure of the Kind of Game being Played on the name of democracy especially at imperialist forces. He reiterated if the power being played by Big corporations or international capital that mediates its interest through power structure is something which has been playing a habit to human life. So, the question comes here: Will Civilization Progress?

The Answer is actually “No” by Prof Ray. In India, Population of 40 crore is on migration and Vulnerable which is unfortunate for India as a developing country. Next, Prof Ray had focused on Power structure and opened the floor for discussants for the initiation of new ideas which will be helpful for new and young researchers as well.

Prof Atanu Sen Gupta, has focused on Health, as a part of cohesive development. The present pandemic has rightly pointed out the minimization and corporatization or hegemonization of the health sector. He further enlightened the ideas of Federick Engels on the condition of the working class in England that pondered the idea on how living standards bring a lot of health diseases and enshrines the idea of Malthus, Bismarckian and Jam Theory as well to compare the present situation. He supported the provision of Basic Provision by the state and collective participation in health management along with individual participation.

Further, Dr Arup Sen has supported the critiques made by Prof Bagchi on Geopolitics of development and trial for close connection between imperial policy and violence on the large number of people in different parts of world particularly, the middle east countries, africa and Central America. He thinks that there is racial dimension that is embedded in Bagchi’s Arguments. According to Dr. Seth, conceptualization of Development is development of the underdevelopment thesis of the famous latin American Intellectual, Frank.

By supporting Frank’s idea, Dr. Arup Seth has focused on the socio-economic history of underdevelopment  to conceptualize the theory of development. In the context of India, the development we are celebrating has an untold story. Over the past 50 years,around 60 million were uprooted from their soil o n the name of development projects and Time has come to interrogate the dominant paradigm of development.

Dr Mansee Bal Bhargawa meant that bringing imperialism in context will deviate us from cohesion development as it also means that Humanity should also respect boundaries of nature which they cross at their own perils or on the perils of other living beings on earth. She has rightly focused on the resorts of UN, OECD, etc and highlighted various pointers of Cop’26 in analysis and focusing on dynamics between migration and impacts of climate change.

In the Indian context, we deal by producing in excess and exporting to various imperialist and western countries and what we are receiving is uneducated people, poor human capital which is a kind of double loss in terms of climate change and humanitarian crisis. She supported having indexes such as the climate change index to check our status in contribution to climate change rather than just to blame the west and license ourselves to threaten the climate.

Dr Bhargawa has given the idea of “de-development” that the whole development discourse is actually deviating from climate change. She said that climate change has to be connector and somewhere a stabilizer of imperialism and with this we come in context of Why we are racing for development when human growth is reducing? Shouldn’t we focus more on change in the governance system? She has given a splendid way forwarding approach to keep a check on social fabric.

Dr Gopal Krishna has given his fruitful recommendations highlighting prof. Bagchi’s statement that the nobel prize given to Amartya Sen was a break two decades would break from a two decade world trend where only they were favored who favored private property and markets.

I’ll treat disasters creating refugees and stateless migrants. The structural faults create abnormal creation and migrant issues raise issues of equality and morality justice. He further envisioned that one human being equal to every other human being under no circumstances can be treated as “Subhuman” just because somebody is not a citizen or does not belong to the same party.

So, the judicial and legal imagination which is at present enveloping us doesn’t inspire actions as to how the state should treat people. We ought to engage with public institutions to ensure that human beings are treated in the framework of equality, morality, justice and fairness. He further explains how finance impacts migration and how the state responds to this.

Dr Gopal saw that biometric data leading to concentration camps while supporting historical episodes  and hence, there is a need for an alternative paradigm of development, well being of humans and other species. There is a need for alternative organization, requiring naturalization and  non-normalization of the unnatural and abnormal externalization of the environment and human cost.

Prof. Ray and Prof Bagchi have thanked Discussants for raising relevant issues. Prof. Bagchi stated that we have to recognize that the whole world except Cuba is ruled by capitalist and capitalist prime motive as Marx said is to accumulate and so we have to dislodge the power of capitalists and power of people who collaborate with them.

In our  country, India, the greatest mistake we made was not to abolish landlording and no land reform except Jammu and Kashmir and Kerala. This company of landlords and capitalists ruled the country and they didn’t want their laborers to have freedom. Prof Bagchi had agreed to the points made by the discussants and had a brief review over them.

Prof Ray at the end concluded by supporting that the migrant problem is a crisis and human problem anywhere in the World but we need to concentrate on why the migrant crisis occurs and how we can counter this problem. There is always a power centrism which impacts only vulnerable people in case of calamities whether it is any natural calamity or climate change.Hence,we need to discuss these issues at international levels and counter structural problems associated.

At the end of session Prof Sunil Ray had extended a vote of  thanks to the speaker and Discussants for this insightful session.

Youtube Video on: The Role of Equality for Cohesive development by Prof Amiya Kumar Bagchi on IMPRI #WebPolicyTalk