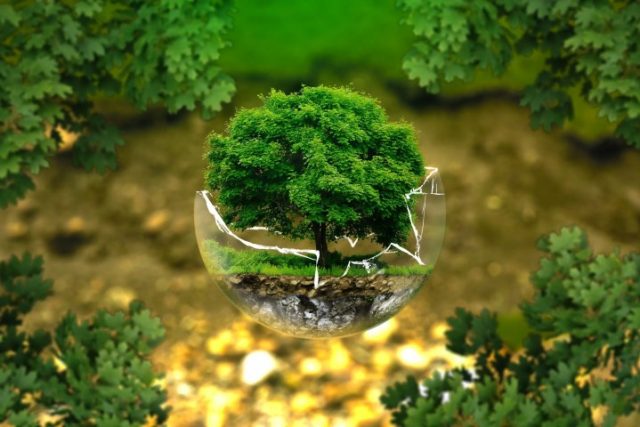 On 1st February 2022, the Indian Finance Minister Nirmala Sitharaman presented the Union Budget for the Financial Year 2022-23 and allocated Rs 3,030 crore to the Union Ministry of Environment, Forests, and Climate Change, higher than last year’s allocation of Rs 2520 crores. The Finance Minister also identified Climate Change as one of the strongest negative externalities that affect India and other countries. She emphasized the need for mindful and deliberate utilization instead of mindless destructive consumption.

To delve deeper into the topic and gain a detailed understanding of the same, the IMPRI Center for Environment, Climate Change and Sustainable Development (CECCSD) organised a panel discussion on ‘The Environment and Union Budget 2022-23’. The discussion was organized under the #WebPolicyTalk series The State of the Environment- #PlanetTalks.

The discussion started with Ashish Kothari thanking the IMPRI team and panellists for putting together and participating in the discussion on such a pertinent topic. Mr Kothari pointed out that there are three main aspects that one needs to keep in mind while analyzing the budgetary allocations for the environment. These are direct allocations, such as the increase in the total outlay to MOEFCC, which is a mere 0.8% of the total budgetary outlay. He recalled a speech given by our former Prime Minister Dr Manmohan Singh on the need to develop resources to deal with the environmental implications of the new economic policies. India significantly lacks in such resources

Moreover, the Union Budget also slashed the budgetary allocation for the statutory body Commission for Air Quality Management (CAQM), which works for the air quality management in the National Capital Region and adjoining areas, from 20 crores in 2021-22 to Rs 17 crores this fiscal year.

Mr Kothari expressed his concern about the fact that several key terms such as ecology, environment, pollutions, forests, nature, wildlife, and biodiversity were not a part of the budget speech, reflective of the level of seriousness of the government.

Critical Analysis of Budget from an Environmental Perspective

Moving on to the panel discussion, Mr Kothari asked the panellists to reflect on their significant observations of the budget. Debadityo Sinha pointed out a significant push for sectors such as textile and food production, roads, coast and ocean development. The FM allocated a sum of Rs 650 crore for the Deep Ocean Mission, as against Rs 150 crore allocated in the revised estimates of the previous year. The National Coastal Mission too saw an increase in its budgetary allocation. The focus has been laid on the Lakshadweep and Andaman Islands.

The budget for research on the environment saw a hike as well. Even though the government has increased its spending on several environmental domains, they are minuscule in terms of the budgetary allocations made to other sectors and the urgent demand of climate crisis. No specific focus has been laid on the conservational aspect.

Dr Madhu Verma discussed how the Budget 2022-23 has been given the name of “booster budget” but the boost has not been given to all the sectors. On one hand, one can observe an increase in the value given to ‘Clean India’, ‘Project Tiger’ and ‘Project Elephant’. On the other hand, the budgetary allocation required to meet India’s commitments and targets at the international level to deal with the environmental crisis are insufficient.

She further elucidated on 2022 being announced as the ‘International Year of Millets’ and its ecological and economic benefits. Models of states such as Orissa, Uttarakhand, and Chhattisgarh have shown the connection between millets and small farmers. It would certainly help in reviving traditions, practices and providing livelihood opportunities.

Dr Verma was, however, expecting more support for natural and organic farming.  The budget may have load emphasis on organic farming, but more incentives and safety mechanisms are required as reaping the monetary benefits of organic farming takes longer. She believes that the interventions need to be holistic. On the face of it, the Budget might seem to have certain positive aspects, but the details are certainly missing. She looks forward to wildlife conservation receiving more attention and getting the focus it deserves. She emphasized nature being the base of development and the need to stop looking at development and conservation as opposing forces.

Mere Allocation of Funds not Sufficient

Dr Sharachchandra Lele shared his insights on the emphasis given to infrastructure development. He exclaimed that only a minor portion of it is “semi-green”. According to him, the renewable energy transition model that the FM talked about is no different from the non-renewable energy economy model. In terms of structure, there isn’t any significant difference between the two. Hence, it is essentially a capitalist model of transition and any kind of scheme or subsidy introduced will get redistributed.

Any government has three tools at its disposal for the effective implementation of schemes- fiscal, administrative, and legal tools. A budget is a fiscal tool of the government. Merely allocating funds and not laying focus on the administrative and legal domain will not produce any positive outcomes. Higher funds alone, therefore, do not ensure anything, unless significant changes are made to structure and functioning as well.

For instance, when we talk about the energy sectors, we talk about subsidies, it is imperative to investigate the question of who is actually receiving the energy and availing subsidy benefits. There has been little support for discount improvements. There have been no talks about demand-side management either.

Budget 2022 and its Underlying Hypocrisy

For Soumya Dutta, the significant aspect of the budget is its hypocrisy. On one hand, the FM called climate change the greatest risk, on the other hand, we saw a budgetary push for high emission and high energy sectors. The Ministry for Civil Aviation, which is one of the major polluters, was allocated RS. 10,667 crores, more than thrice of what the MOEFCC was allocated. Road infrastructure projects too saw a major hike in funds, which would mainly go to NHAI and not the development of village roads. Several important angles such as air quality, disaster resilience, environmental sanitation, and eradication of manual scavenging have not been given much consideration.

Building on the three key aspects for analysing the environmental budget by Mr Kothari, Soumya Dutta talked about the sectors connected to the environment. Air pollution has become a major concern over the last 5-6 years and has reduced the life spans by 6-7 years in India, especially in metropolitan cities. An efficient social infrastructure is a must to deal with the issue. Encouraging electrical public transport could have gone a long way. Rather than making high investments in high pollution and high emission infrastructure, efforts should have been put into developing climate connected infrastructure.

With an increasing risk of climate catastrophe, disasters, change in rainfall and cold spans, risk reduction is increasingly becoming important, which is also something that has been completely ignored in the budget. A mere Rs 30 crore is not sufficient for a population of 1.3 billion. What the budget is claiming to do, is not actually being done. Certain aspects of the budget such as Vande Bharat Mission have the potential to do well.

Giving the example of Delhi, where there has not been any increase in the number of buses and more focus is laid on the metro and is not only responsible for high emissions but is also for a more elite population, Mr Datta talked about the urgency and need to give more attention to the development of an efficient and cheap public transport.

VR Raman expounded on the absence of an integrated action plan for addressing air pollution, which is a major environmental concern. He further elaborated on the need for an effective NCAP program to prevent air pollution. While the budget did lay emphasis on climate action, climate disaster prevention was largely ignored.

As per VR Raman, the hikes in the budget to meet the climate action targets and deal with environmental concerns are nominal. Every year, funds are allocated to deal with the issue of manual scavenging, however, not much data is available on the ground realities. People working for environmental sanitation are environmental soldiers and yet no plan to build their lives has been talked about.

Following an engaging and fruitful discussion, Mr Kothari opened the floor for questions. Participants gave some interesting insights, reflections, comments and raised quite relevant questions on a variety of themes such as the impact of climate change on women and other marginalised communities, electrified public transport, sovereign green bonds, etc.

Moving towards the end of the panel discussion, The Chair, Mr Kothari asked the panellists to give their final remarks. While Dr Madhu Verma called for greater involvement of the private sector in dealing with environmental issues, Soumya Dutta, held a contradicting view to that of Dr Verma. He emphasized the need to reclaim corporate initiative to public ownership and profits under public regulation. The panellists criticised the approach of the present government in dealing with the environmental crisis and on a contrary the definition of “development”.

Dr Sharachchandra Lele talked about how governments focus more on the number of projects they complete than their environmental implications. VR Raman called for a proper understanding of proper rules, regulations and policies and their implications for the environment. The IMPRI team then concluded the event by delivering a final vote of thanks to all the panellists for participating in the discussion and sharing their valuable insights.

Acknowledgment: Sneha Bisht is a Research Intern at IMPRI