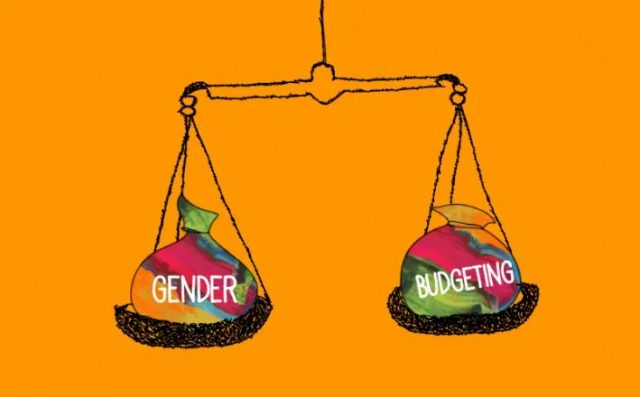 Research has shown that, globally, the female gender had to disproportionately bear the brunt of the Covid-19 pandemic. In India, Female Labour Force Participation fell to a historic low of 21% in 2019 and gender disparity widened across employment, health, political participation, and education. Given the precarious condition of Indian women, it is imperative to analyze the Union Budget 2022-23 from a gendered lens and see how the central government intends to bridge this inequality.

Key Takeaways from the Budget

Prof. Patel and Mr Duggal commenced the discussion by introducing the panellists and giving a brief outline of the budget 2022-23. Mr Duggal opined that the budget is capital-oriented and there has been a shift from welfare programs to private sector programs. There has been a reduction in several welfare schemes such as MNREGA, food subsidies, rural livelihood, etc. The funds have been relocated to help the private sector.

Coming to the gendered aspect of the budget, he highlighted that the gender budget has remained flat for some years hovering around 4-5%. Additionally, on the income side, it appears that the Government is not concerned about tax revenue as the tax to GDP ratio remains at only 10%.

Moving on with the discussion, Dr Sangamitra Dhar stated that the gender lens on the budget is still a work in progress. While speaking on the subject, she stressed majorly on capacity building of the Ministry and stakeholders to carry forward and implement the schemes to foster women’s empowerment. Coming to this year’s Budget, she believed that gender equity through this budget looks encouraging.

Women will definitely benefit from all the policies surrounding digitization, privatization, better infrastructure, and mental health programs. According to her, the allocations in the budget are enough, but the capacity building at the state and centre levels is not enough and needs to be worked upon.

Insights into Nutrition and Social Status

Ms Jasodhara Dasgupta brought to the discussion the nutrition and social security conditions of women in India and the budgetary allocation for the same. She introduced the topic by giving the statistics on Indian women’s health conditions as recorded in the NFHS-5 data. The data shows that anaemia levels in women have gone up across all age groups, and the percentage of thin women has reduced only from 23% to 19%.

Coming to social security, India’s Human Development rank stands at 131 out of 189 countries. Research has shown that India’s spending on social security is much less than the global average, and inequality has increased considerably over the last year. There persists a significant gender gap in social security in India. All the laws and policies for social protection are employment-based, and women lose out on this protection since FLFP is extremely low and 95% of women work in the informal sector.

She provided specific recommendations for engendering the budget, such as universalizing the PDS Scheme, bringing back ICDS, providing maternity protection, and pension and social security for transgender, widow, the elderly, etc.

Ms Renu Khanna spoke about the Union Budget 2022-23 and Gender from a health perspective. She highlighted that the health budget has only been allocated 2.26% of the total budget even though health expenditure as a percentage of total expenditure was 2.46% in the year 2020-21. It is, however, equally important to note that in the Union Budget 2022-23, we should have seen major allocations to the Health sector given the problems faced by people in India during the COVID-19 pandemic.

India is currently facing shortfalls in human resources with regards to healthcare resources, infrastructure and health workforce. She further provided statistics to highlight the reduction of routine reproductive health services in India that clearly reflect the situation on the ground.

Delving deeper into the discussion, Ms Renu stated that schemes like Ayushman Bharat Digital Mission and National Tele Mental Health will lead to a gender gap in digital inclusion or digital divide due to lack of access to the internet and devices like smartphones to all. She further spoke about PM-JAY and insurance schemes that have been introduced without taking into account the various demographic groups and, sexual and reproductive health of women.

Suggesting the issues we need to focus on concerning health, gender and budget, she emphasized the necessity to increase expenditure on health and the need to strengthen and expand public health services, in particular, primary health.

Talking about agriculture and allied activities from a gender perspective and highlighting the issues faced by farmers and women in agriculture, Ms Seema Kulkarni stated that the entire focus of the budget is towards privatization and the budget allocation for the agriculture sector doesn’t allow us to understand the allotment for its different components. She further highlighted the importance to recognize the engagement of women in agriculture and the need for policies that support and encourage gender diversification, especially women, in the agriculture sector.

As per the Census of India, only 26% of female cultivators have access to direct agricultural credit which is certainly a matter of serious concern. She further discussed the role of organizations like MAKAAM (Mahila Kisan Adhikar Manch) in advocating women’s rights and providing equal access to resources. It is evident that over the years, the proportion of women account holders has increased significantly even though women’s access to credit is abysmal.

Seema Kulkarni further mentioned the significance of recognition through registrations of women workers and the call for improvement and advancement of women’s rights over land, nature, and forests.

Further, Prof. N. Manimekalai talks about low Female Labour Force Participation (FLFP). She highlights that women’s participation in the labour force had always been low, and after the pandemic, it became worse. Pandemic forced women to move to casual labour, and they had to manage work with household chores. She also highlighted the massive digital divide between males and females in India and mentioned that only 21% of Indian women use mobile internet compared to 42% of men.

Given the poor employment ecosystem for women, the budget has offered no positive direction for women’s employment. She opined that the budget’s preference for capital expenditure in infrastructure projects would not benefit women compared to men.

While the construction industry has improved over the years, women’s presence has declined. Additionally, while most of the budget is focused on digitalization, it is not sure how it will ensure employment creation.

She also talked about disparity in the self-employment and entrepreneurship sector. While women-led enterprises are increasing, their marketing is not enough, hindering their competency. She believes that women and child protection schemes are lacking, and the capital expenditure-led budget will not benefit them. There is a need to acknowledge the employment crisis, universalize PDS allocation, strengthen SHGs, and provide better social protection.

Prof Vibhuti Patel summed up the entire discussion by stating that the Union Budget 2022-23 is silent on the concerns of social protection and has not focused on issues of inflation, access to education and healthcare for all. She also mentioned that there has been a reduction in fund allocation for National schemes such as MNREGA that benefit the population falling under BPL (Below Poverty Line).

Ravi Duggal added that the gender budget statement should be developed by undertaking gender audits and that we need to focus on strengthening gender-disaggregated data.

Dr Sanghamitra Dhar and Prof. N. Manimekalai concluded by saying that we need to understand the multi-stakeholder roles in the gender budget conversation and that it is high time we formulate and implement policies for women in different fields including agriculture.