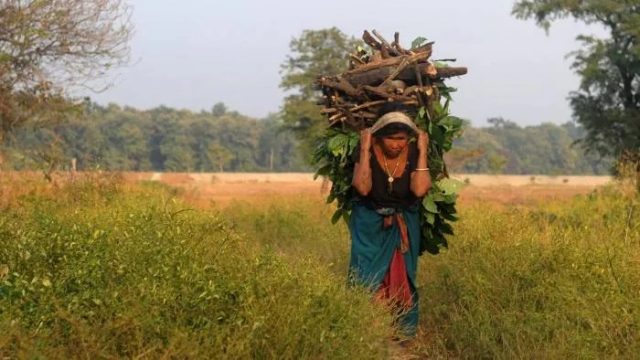 According to the Population Census of 2011, the percentage of people residing in rural areas is close to 69% of the Indian population. As per another report by the Government of India, the percentage of the Indian population that was situated Below the Poverty Line (BPL) in 2011-2012 amounted to 21.9%. Needless to say, people affected by rural poverty contribute to a large chunk of the percentage. Therefore, the development of rural areas in terms of economy and viability of professional options is much needed. Hence, to have a look at the Rural budget separately becomes of utmost importance.

Dr J. Dennis Rajakumar initiated the discussion by explaining the importance of the rural economy, which in some way represents the Indian economy and hence, has always been a central subject in Budgets of the Government. He drew attention to how the Budget 2022-23 will impact the rural realities. He stated that the GDP has risen by 9.2% in 2021-22 against a 6% fall in 2020 due to massive lockdown and in 2022-23 is expected to grow by 8 to 8.5%. Discussing the reasons behind this increase, he spoke about the rise in the private final consumption level, which was drastically affected during the pandemic, and gross capital expenditure.

In rural India, almost 69% of the total population resides and 67% of the households are located in rural areas. So, the drop in private final consumption was a rural or urban phenomenon and remains a question. The dependence of almost 90% of the rural population on the informal sector with 80% on cash on employment led to an increase in the hardships for the poor due to the pandemic- induced lockdown and thus, there is a need to discuss of how this ‘booster budget’ would help in improving the present plight of the rural economy.

One of the main reasons behind the declining GDP during the pandemic is a fall in the consumption expenditure. Hence, as compared to the need for capital expenditure, which will help to increase employment in the long run, we need direct benefit transfers into the hands of those who will spend the complete amount and MGNREGA is a major scheme for the same.

She also drew attention towards education and nutrition which are of immense importance with the objective of increasing employment in the country. Programmes like E-Vidya announced in the financial blueprint would not benefit the students in the rural areas and there are many bottlenecks with the same, like inadequate number of teachers staffing and recruitment and hence low income in rural areas.

Expanding her conversation to nutrition, she spoke about Aanganwadi which have always been a major employer of rural women but in the Budget, there hasn’t been any change or improvements in the same. The only sector which maintained steady growth during the pandemic is the agriculture sector and given the money and technology in their hands, it could help them to perform more efficiently. Hence, the rural sector shouldn’t be looked like a place for passive investment but a highly potential space of inclusive growth.

Status of Agricultural and its Potential

Prof. CSC Sekhar talked about two parts in the agriculture growth which are:

It is expected that agriculture would see a growth of 3.9% but disappointingly, there hasn’t been any specific allocation for the same. Along with agriculture, livestock and fisheries are also extremely important for the rural economy which wasn’t given the requisite attention. Additionally, stating the major sectors of income for rural India, he told that with a 55% increase in the income from livestock there has been a decline in income from the crop sector by 40%.

Furthermore, the government’s concern towards food storage and warehousing is also appreciable and it could be evidenced from the Budget itself. However, the reduction in the allocation for the MGNREGA programme is premature. Talking about reforms and improvements for the agricultural growth, sir suggests increasing the use of the latest technology as the Government already seems to work for the same but at the same time, there is a need for the young population to build interest in farming and encouraging them to accept this sector with innovation.

Mr Himanshu Shekhar Mishra shared his experience with the farmers of western Uttar Pradesh and how, for the first time, Indian farmers have been at the forefront of Indian economical debate with the Agriculture Acts of 2020. On the basis of such interactions, he put forth the expectations of the farmers from the Union Budget, 2022-23; some of them for increasing the fertilizer subsidy, having a strict rule for MSP allocation as the cost of production exceeds the income they are getting and containment of inflation, especially in rural areas, to ensure sustenance.

Moving on, he highlighted pointers from the latest Budget concerning agriculture: increase in the Ministry of Agriculture’s budget from 1,23,000 crores in 2021-22 to 1,32,000 crores in 2022-23; 2,37,000 crores of MSP payment to 1,63,000 crore farmers; 1,400 crores for the Ken Betwa Link project with more than 9,00,000 hectares of land being irrigated; chemical free natural farming; NABARD facilitating supply of more funds; use of Kisan Drones while spraying insecticides and pesticides; a rationalized scheme to increase oil seeds production inthe country; declaration of the year 2023 as the international year of millets, enhancing consumption of millet products; and finally, reducing the budget for MGNERGA.

Although the farmers were expecting more subsidies with respect to the fertilizers and pesticides, there was a cut for the same this year. Mr Mishra also explained how the demand of MGNREGA-related incentives went up during the first wave of COVID-19 as the country witnessed reverse migration and 1.14 crores migrant workers returned their homes, as per the February 2021 data by Mr Santosh Gangwar. Thus, on one hand, unemployment was shooting skies during the pandemic and on the other hand, there was an increase in allocation of 40,000 crores under the COVID-relief package announced by the Finance Minister.

He also mentioned about the lack of official real-time unemployment data which hampers the assessment and way forward. The Economic Survey for this year presented right before the Budget, also shows increased targeted cash-flow, Rs 16,50,000 crores, from agriculure due to the increased focus on infrastructure developments in agriculture.

Post the panel discussion, questions were raised regarding the flexible nature of budget allocation under MGNERA. To which, Mr Mishra replied how MGNREGA is a demand driven scheme and inversely proportional to many variables, such as the state of monsoon. While answering another question, Mr Mishra explained the complex situation of MSP. Throughout the negotiation talks between the farmers’ unions and the government, one of the major demands was implementation of a rational law for MSP. Although the government promised formulating a new committee solely devoted to the issue, there has been no formal updates.

Extending this further, Prof SCS Sekhar suspended that MGNERGA, being a legal initiative confirms some incentive to those registered with it, be it in the form of an employment or as an unemployment allowance. However, if MSP is legalized, the failure in not getting satisfactory revenue or there are lack of deficiency payments, the farmers will incur huge losses as the cost of production in agriculture is much higher, making it a risky bet.

Answering the questions raised by out Chair, Dr Jyotsna Jha explained that how the gap between the wages from MGNREGA and wages from other work has deteriorated over the years. She also elaborated on the implications of health insurance schemes for the rural population due to the lack of infrastructure and awareness. The event was concluded with closing remarks by each panellist on whether the Union Budget 2022-23 will heed to the revival of rural employment scenario and rual demand.

Acknowledgement: Diya Goswami is a Research Intern at IMPRI.