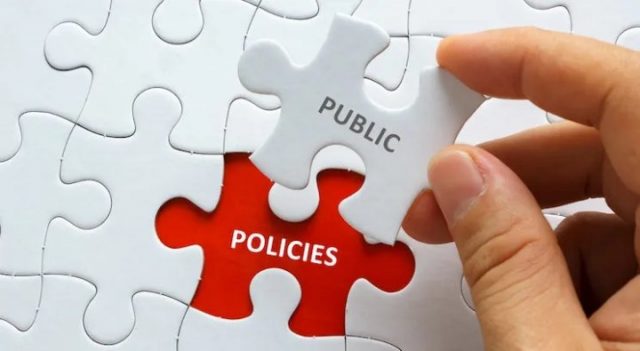 Public Policy is an interaction of different lobbies and interest groups of a state. The main three drivers of public policy are Ideology, Corruption, and Populism. To discuss and shed more light on the topic, the #IMPRI Centre for Human Dignity and Development, IMPRI Impact and Policy Research Institute, New Delhi organized a special lecture under the #WebPolicyTalk series, The State of Governance – #PublicPolicy on  Public Policy Drivers with the Shri Bhartendra Singh Baswan, IAS (Retd.)

The lecture began with the chair, Dr. Nivedita P Haran, Former Additional Chief Secretary, Government of Kerala, greeting the esteemed panel. She introduced Mr. Bhartendra Singh Baswan, Former Secretary, Department of Secondary and Higher Education, Ministry of Human Resource Development, Government of India, and shared a fond memory of training under him in her early days at lbsnaa, Mussoorie. She thanked Dr. Arjun Kumar, Director of IMPRI for organizing the lecture. With this, ma’am handed the forum to Mr. Baswan for his opening remarks.

Shri Bhartendra Singh Baswan, IAS (Retd.) started his lecture by highlighting the three main policy drivers in the state: Ideology, corruption, and Populism. First, he explained ideology as a policy driver that is like an intellectual framework that gives a road map to public policy. He further explained how ideology can negatively impact public policy if it becomes a substitute for thinking.

Corruption, the second policy driver is the taking of favors and favor trading. The main aim of the parties is to get re-elected. This, according to him, distorts the foundations of the public policy of the state. The third and final policy driver is populism, also known as vote bank politics in India. This is derived from the second driver of corruption. The expectation of immediate results by voters tends to harm the long-term interest of the nation.

Sir briefly touched upon the important global events in the last 100 years to understand how these events have impacted public policy across the world and India in particular. The first major event on which he touched upon was the post first World War treaties of Versailles and Trianon. At this point, the world was being rearranged and new maps were drawn. The borders of the Middle East were drawn and later divided between the British and French for control of the territories.

The next major event was the Great Depression of 1929. The Great Depression opened wide the fault lines in the capitalistic model. When consumption and investment dry up, it becomes the responsibility of the state to invest to keep the money flowing in. The Ramsay Mcdonald government did put in investment across the Atlantic but the ultimate Keynesian intervention was in the Second World War. The beginning of the war led to more people joining the armed forces. This resulted in an enormous increase in employment and therefore became a cure for the Great Depression.

The next major events were the end of colonialism and the Cold War. While many of the unsustainable systems were collapsing during the War, the policies of Glasnost and Perestroika introduced by Mikhail Sergeyevich Gorbachev improved the Russian economy. Another major event in a similar time was the rise of China. Deng Xiaoping’s reforms from 1979 onwards changed the agricultural landscape in the country.

The beginning of the 21st century brought with it new challenges and events. One of the major events of this century was the 9/11 attacks. Against the backdrop of these attacks, there were many factors involved. One important one was the politics over oil. Another example is the Vietnam War.  It was viewed as the Americans saving the world from a communist takeover, but in reality, was the Military-Industrial Complex that guided the Americans into Vietnam. These examples show us that Ideologies and interests have taken over policymaking all around the world.

Mr. Baswan then talked about the policymaking in India since Independence. The exit of the British from India came at a point where the Indian industries were not very strong and it was the Bombay and Nagpur resolution that the industrialists asked for state intervention. When the License Raj ended in 1991, there was a furious motion against it because of the different stakeholder’s prevailing belief that State intervention was desirable. However, the end of the License Raj bought growth to the nation.

He further touched upon the political debate in the current scenario. He talked about the strong and weeks points of the current regime. The exclusion of minorities, communal politics, and the erosion of democratic values have been some of the negative points of the present government. While there are areas where the government needs to improve, some other areas have seen improvement. The alertness on the defense front, labor laws, and some other policies bought in by the current government have been in the right direction. He concluded his remarks with a strong belief that with tools like the Right To Information, e-commerce, and public awareness, the country will move in the right direction.

Dr. Nivedita P. Haran stated that public policy is defined by many factors such as economic, social, financial, and most importantly, the efficiency of the bureaucracy. She believes that the implementation of the policy is the missing element when it comes to policymaking in India. Another point raised by her is the exclusion of the relevant stakeholders in the making of the policy. Drawing a comparison between the policy implementation and enforcement of the state of Kerala and Uttar Pradesh, ma’am highlighted the stark difference visible due to factors like transparency and public awareness. An area that can make a difference in policymaking and implementation is the bringing of civil servants and academics together on various forums for better decision-making.

Prof Sanjeev Chaddha, Professor and Head, Mahatma Gandhi State Institute of Public Administration, Government of Punjab believes that in today’s time, thirty percent of the time should go in policymaking and seventy people should spend on the implementation of the policies. He also stresses the need for including the relevant stakeholders in the policymaking process. He pointed out the benefits India has in terms of the available human resources, which are being underutilized. For better policymaking, the gap between industries and academia needs to be bridged.

Prof Jyoti Chandiramani, Director, Symbiosis School of Economics (SSE), highlighted that nowadays, policies need to be marketed more than before. She focused on the greater need for measuring the policies in the index of time it takes to get fully implemented. The lag in policy effectiveness shows the failure of the administration. She also stressed the policy failure on the environmental front by giving the example of rising pollution problems in Delhi.

Shri Bhartendra Singh Baswan focused on the need for proper implementation of the law as it will benefit better governance. He mentioned the vast number of benefits that e-commerce has bought for itself. Along with this, he focused on the greater need for the inclusion of various stakeholders in policy-making. He also highlighted the need for bridging the gap between civil servants and academicians.

Prof Jyoti Chandiramani emphasized the need for education to make people aware of the policies being made. A wider fiscal space is the need of the hour for developing policies like the national employment policy for urban and migrant people. Some of the government structures need to be upgraded to meet the demands of today’s time.

Prof Sanjeev Chaddha highlighted the need for greater political freedom and the urgent need for 50% reservation for women. He explained by citing the example of Haryana and Punjab. In these two states, the reservation for women in the Panchayati system has led to a substantial contribution by women to the economy.

Acknowledgment: Inayat Swaj is a Research Intern at IMPRI