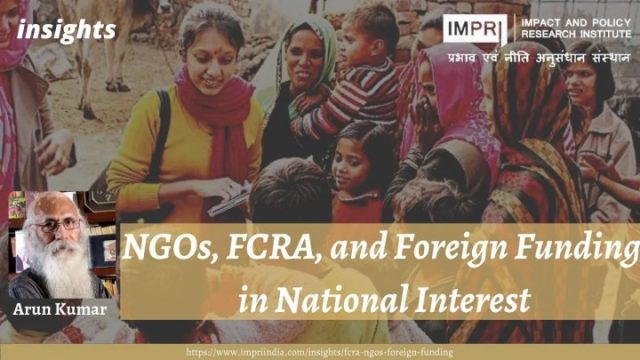 The Foreign Contribution (Regulation) Act (FCRA) registration or license that enables the licensees to get foreign funds has either not been renewed or canceled for many non-governmental organizations or NGOs.

Problems created for one of the best known of them, Missionaries of Charity, drew international attention and criticism since the organization has been doing yeoman’s work in giving succor to the poor. Under pressure, permission was restored for the organization and along with it the FCRA of prestigious institutions like IIT Delhi and JNU were also restored.

Why did all this happen in the first place?

There is a view in the government that many of the NGOs are not working in the national interest since foreign money makes them subservient to foreign agendas. The corollary of this line of argument has been that their activity in India needs to be curtailed and the best way to do that is to cut off their funding on some pretext. Given the complexity of rules, it is not difficult to claim that these organizations have violated some FCRA conditions. But justice demands that the organizations so labeled be given a chance to respond or reply to accusations of serving a foreign agenda.

If foreign funding promotes an agenda inimical to the national interest, what about foreign investment which the government has been welcoming. This is seen to be in the national interest. To encourage it, concessions of various kinds are offered. Is there a clear-cut distinction between these two kinds of funds flowing into the country?

To understand whether there is a distinction, one needs to consider the social, political, and economic aspects of these two types of flow of funds to arrive at a judgment of their desirability. Also, can all the flow of funds under each of the two categories be tarred with the same brush?

Undoubtedly, money has strings attached. Foreign aid since the 1950s has been an instrument of serving the donor country’s interest. The USA refused to set up the Bokaro steel plant because it did not want to promote the public sector. The USSR which had set up the Bhilai steel plant stepped in. The US gave food aid under PL480 and extracted a heavy price like forcing a massive devaluation of the rupee in 1966.

Following this, the leadership recognized the need for food self-sufficiency to safeguard the nation’s independence and strongly promoted Green Revolution technology in the mid-1960s. This became the overriding concern and issues of equity in rural areas, etc., were considered to be secondary.

Former PM Indira Gandhi with M.S. Swaminathan (on her right) inaugurating the Krishi Vigyan Mela at IARI in 1968. The two wars had dented India’s fight against poverty. Gandhi, realizing the need for food self-sufficiency, went into Green Revolution. Photo: MSSRF

In the face of the balance of payment crisis, India has had to go to the IMF and the World Bank for assistance and that has required it to follow the conditionalities they impose. The 1980 conditionalities opened the doors for consumerism and a massive increase in international borrowings. This resulted in the crisis of 1989-91 which then forced India to change the very path of development that it had chosen at the time of independence.

The national movement had understood that the ‘individual is not to blame for his or her problems’ so policies were based on the idea that the collective would take care of the individual’s problems. This was turned on its head in 1991, under the IMF conditionalities, and the paradigm changed to ‘individual is responsible for her or his problems’. The collective was no more responsible for taking care of the individual’s problems. This put the economy on the path of marketization and opened up the economy to foreign capital flows.

Foreign investment and MNCs have been welcomed since then.

This, despite the earlier experience in the period from the 1950s to the 1970s when the MNCs rather than promote technological development, undermined indigenous technology development. They also impeded the growth of the indigenous private industry because of their enormous command over the capital.

Has India become technologically more independent since 1991? If that was the case, why has India’s dependence on China for its imports of critical items become overwhelming? This also has political and foreign policy implications. India, despite the Chinese intransigence at its borders, has had to continue to import from them which enriches its industry at the expense of ours. Consider how India backed out of signing the RCEP at the last minute.

It was realized that if India joined the grouping it would have served the Chinese interest. But, the dilemma is that staying out of it is not only costly but not a solution. The country has to trade with the same countries that are now a part of RCEP but from outside that group so it does not get the concessions that the grouping gives its members.

MNCs and foreign capital bring with them Western ethos and corporatization. This has seeped deep into the culture of the country. The best talent goes abroad rather than serves in the country. This is not new. But earlier it was limited to the elite and the big cities. Now it is generalized to most of the population. 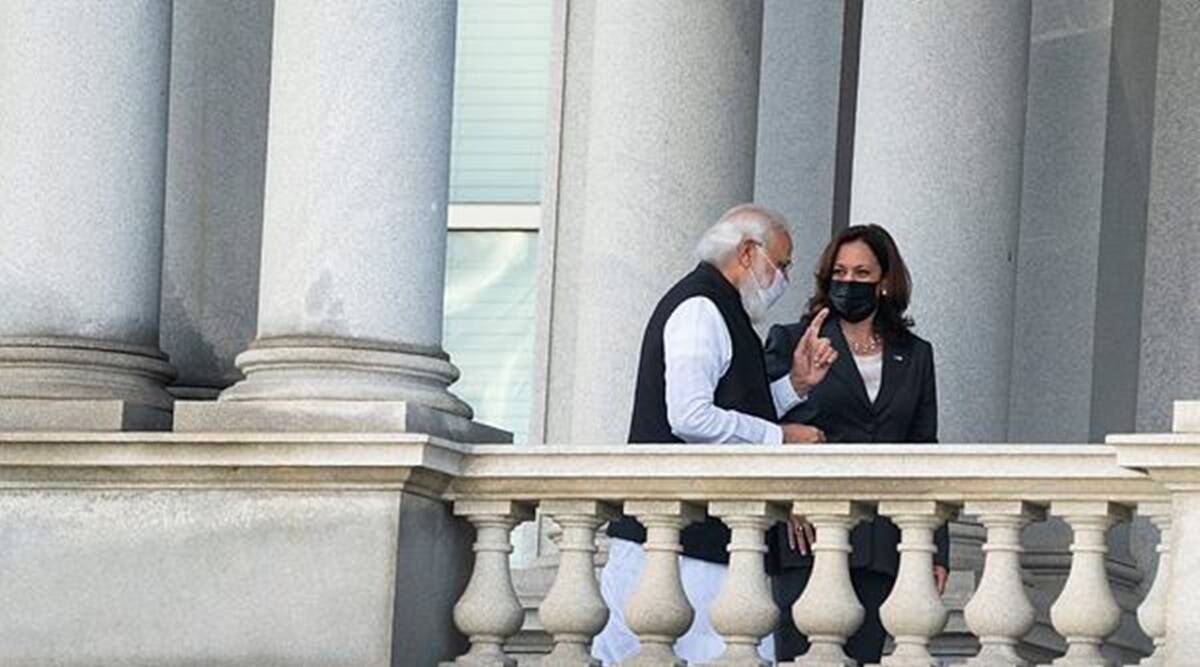 This diaspora has become an important constituency in Indian politics – contributing to political parties and campaigning. Recently, the Indian prime minister has held mega-events to draw the support (and funding) of the diaspora. While the diaspora does send remittances to the families in India and that helps the Balance of Payments, it also demands policies that marginalize a majority of Indians.

The result is that national interest is not defined by the majority in the country but by the elite and foreign influences.

Can Kamla Harris, the vice-president of the most powerful country in the world, think of serving the interest of the poor of India because she has Indian roots? The diaspora largely demands concessions for itself and has been a force for the penetration of westernization into the country’s heartland. The elite may welcome it but it is influenced abroad.

What has raised the hackles of the rulers is the relative independence of many of the NGOs from its control and the resistance they have offered to undemocratic policies and their demand for accountability. They have raised issues on a broad front like poverty, environmental degradation, and poor provision of public goods. Also, many of them have, in a localized way, do what the government should have done (but has not). This exposes policy inadequacy. The National Security Advisor recently propounded that civil society is the new frontier, that is, it has to be made subservient to the ruling interest.

Foreign funding is needed by NGOs because there are few independent Indian sources. Government funds invariably come with strings that curtail the recipient’s independence. For instance, the so-called independent government-supported institutes like the National Institute of Public Finance and Policy, Institute of Foreign Trade, and NCERT are funded by the ministries of finance, commerce, and education and act as their arms to push their agenda.

The corporate sector and businesses could be another source of funds. This could come from their corporate social responsibility funds but mostly these are used to promote the interest of the company and its promoters. It is also used to promote an image of philanthropy to project a positive image to counter any negative aspects of the company’s functioning. It is also used to build influence in the ruling circles – those in power are known to monitor the CSR spending of companies. So, little can be given to those who are seen to be opposing governments and business agendas.

The influence of foreign money comes through multiple routes. The impact of the foreign powers, the global institutions they control and the MNCs has been overwhelming, especially, in the last 30 years.

While foreign capital has had some benefits it has also been the source of growing inequality and persistence of poverty. While some NGOs may be governed by foreign agendas, many of them have tried to provide a localized safety net to the poor. Can all of them be tarred with the same brush without a chance to respond? Many of them have worked at the grassroots with the poor to raise their consciousness about their rights which in a democracy should be lauded since it deepens democratization and checks authoritarianism of the rulers of the day. But the rulers don’t want that since they see it as a check on their agenda.

In brief, foreign interests and influences come with foreign capital and these are far stronger than what the funds flowing to NGOs bring with them. So, are we now going to see a restriction on foreign capital flows?

First published in The Wire FCRA, NGOs and the Question of Which Foreign Funding Is in National Interest on 21 January 2022.