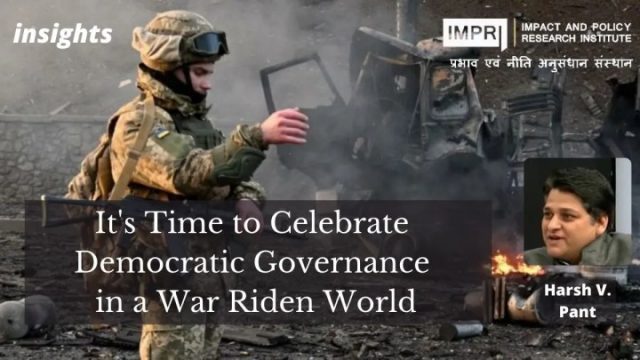 After continuing to insist for months that no one died of covid in Shanghai, China finally admitted this week that three people had succumbed to the deadly virus. This was the first official acknowledgment by the Chinese authorities of covid-linked fatalities in the entire country since March 2020, though media reports have been appearing regularly of the rising toll in China. Shanghai has been under strict lockdown for the past few weeks because of an Omicron-led outbreak.

Yet it has been a difficult ride for local authorities, with more than 20,000 new cases a day. Aggressive restrictions to contain this outbreak is typical Chinese style have led to widespread anger among the city’s residents, with reports of lack of food supplies and other essential commodities. What is equally striking is that despite all the hullaballoo of a lead taken by China in vaccine manufacturing, only 38% of residents aged over 60 in Shanghai are fully vaccinated.

On the other side of the world, the much-vaunted Russian military prowess is finding it difficult to achieve even limited success in Ukraine. Moscow’s challenge there is growing by the day. After failing to bring Ukrainians to their knees in Kyiv, the focus of the Russian military misadventure is now on the eastern provinces. It has been a failure of gargantuan proportions for Moscow as it counts not only its operational and tactical costs but also a wider strategic failure.

A lot of the discussion around the Ukraine crisis has centered around a widening authoritarian versus democratic divide. The idea that a new iron curtain is being drawn across the world along this fault line is now taken for granted in the West and pushed by sections of the Western intelligentsia.

And yet, on the question of isolating and publicly condemning Russia, some of the world’s major democracies of the world, including India, have been rather cautious. Despite being pushed by the West, these nations are resisting this simplistic dichotomy, recognizing full well how the West is adept at shaping a global consensus in its favor irrespective of the domestic political ideologies of various nations. In the rough and tumble of global politics, national interests have tended to be the driving force, not domestic political ideology.

The real story of these times is actually one that surprisingly few are talking about. Just a few years ago, we were being told that democracies were inefficient. The Chinese model, it was argued, was what other nations wanted to emulate. It was more efficient, delivering high rates of economic growth, and also looked stable.

At a time of multiple disruptions, socio-political stability has been at a premium. The Chinese model seemed highly attractive at a time when Western democracies were failing to provide solutions to the myriad problems facing them. Growing polarization in Western polities, in particular in the US, became a rallying cry against democracies.

Beijing tom-tommed its model as a genuine response to the requirements of our times. In response to the Summit for Democracy hosted by US President Joe Biden in December 2021, Beijing issued a white paper titled ‘China: Democracy That Works’ which asserted that ‘true democracy’— so-called whole-process democracy—exists in China under the Chinese Communist Party.

Underlining rising concerns about the state of democracy in the US as reflected in opinion polls, Beijing has been waging an information war on the very idea of democracy being a cover for elites to keep control of an allegedly ignorant population. For Chinese propagandists, the confidence in their own model is something that gives legitimacy to China’s rise as a legitimate power in the international hierarchy.

Russia has been a junior partner of China in this exercise, helping China make a case for autocracies around the world. In response to Biden’s Summit for Democracy last year, the ambassadors of China and Russia wrote a joint op-ed that the summit was “anti-democratic”, even as one Russian political commentator compared the US initiative to “a mistress of a brothel teaching morale [sic] to schoolgirls” in a state-run Chinese newspaper. More than the rhetoric, it was the supposed performance of the Chinese and Russian models of governance that was expected to challenge democratic models of political management.

Yet, today as China struggles publicly to manage its covid crisis and Russia bumbles about trying to contain the high costs of its aggression against Ukraine, democracies actually have much going for them. For all their challenges, Western democracies have been able to rise to the challenge posed by Russia. Long considered chaotic and unable to shape long-term strategic goals because of competing domestic demands, democracies of the West have been able to form a relatively united front as a push-back against Russia. And China’s ‘zero covid’ strategy doesn’t look that brilliant any more, now that the despair of Shanghai’s residents has been growing evident.

In all this, India stands out as a country that managed to not only contain covid relatively effectively but was also able to mobilize the requisite national resolve to produce vaccines for the world.

Democracies, by their nature, are good at self-flagellation. It is this self-critical approach that makes them strive to do better. But, at times, it is also important for democracies to celebrate their achievements. Otherwise, there is always a danger that autocracies will succeed in shaping the global narrative in their favor. Democracies of the world may or may not unite against a single threat, but this is a moment for them to underscore that there is no real alternative to democracy.