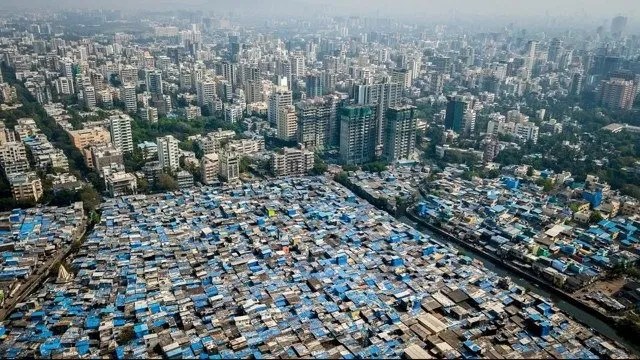 According to the Registrar General of India (2001), slum areas broadly constitute “A compact area of at least 300 populations or about 60-70 households of poorly built congested tenements, in an unhygienic environment with inadequate infrastructure and lacking in proper sanitary and drinking water facilities”.

Urbanization in India, like any other widespread phenomenon in a country with a population of over a billion people, poses significant planning and policy challenges. Slums are one of India’s significant concerns, owing to the country’s rapid urbanisation. Poor living conditions, such as those prevalent in urban slums, are likely to have an impact on productivity and human capital development.

To further discuss the topic, #IMPRI Impact and Policy Research Institute, New Delhi hosted a #WebPolicyTalk conducted by the Centre for Habitat, Urban and Regional Studies (CHURS) on the topic “Informal Leadership and Development in India’s Urban Slums” under the series, The State of Cities – #CityConversations on 7 April 2022.

Dr Auerbach has co-authored the book “Migrants and Machine Politics – How India’s Urban poor representation and responsiveness” along with Tariq Thachil which talks about the major demographic changes unfolding right now in Global South. According to UN 2015, 50% population of the Global South is living in cities which will increase to 64% by 2050. Around 86% of global population growth will be mostly in cities of South Africa and South Asia.

Various facts tell us that currently over a billion people are living in slums globally, 35% of urban residents of South Asia and 62% of urban residents of Sub-Saharan Africa reside in slums. Dr Auerbach talked about the prevailing migrants and politics and widespread informality in urban India. About 84% of non-agricultural workers in India toil in the informal economy and 65 million people are residing in slums according to the census 2011.

He also mentioned the Basti Netas (Leaders in the Slums) who are non-state actors that emerge within the settlements to help the local community in improving the local conditions. Most of these basti netas have some positions in political organizations and also mobilize residents of slums during elections and rallies. In his presentation, Dr Auerbach also shared insights of the survey conducted by him and Tariq in slum settlements of Bhopal and Jaipur on India’s Slum Leaders.

Slum-Leadership is multi-faceted and competitive, with hopefuls vying for existing leaders’ followers. Residents have a say in who they seek assistance from and who they follow. The majority of these politicians arise from the settlements, and local support produces support for them, which is then reinforced by political parties in order to strengthen the organization and its network.

Slum leaders are chosen at informal group gatherings or through elections. The other way to choose the leader of the community is more flexible, based on daily decisions made by individual inhabitants to seek help from or follow. In his presentation, Dr Auerbach also shared the findings of a poll on the “Attributes residents look for in picking slum leaders,” which revealed that education was the top priority for residents looking for leaders.

According to the survey findings, the community needs a leader who is in some way related to the urban local body, such as a chowkidar or safai karmchari in a municipal corporation, so that he/she can readily contact their employers in case of an emergency or any other need. The local community looks for leaders who are co-partisans i.e. affiliated with any political organization. Dr Auerbach shared the concluding thoughts in his presentation which was basically the gist of all the surveys and findings of his study related to the role of Informal Leadership in Urban India’s Slums.

Dr Lalitha Kamath praised Dr Auerbach for his excellent research and took the stage to offer her thoughts and ask questions on the topic based on the presentation and also on her own experiences and research. Dr Kamath made the connection between spatial dimension and informal leadership in slums. She also inquired about the effects of informal leadership and its transition in slums from core to peri-urban areas of the city through the lens of urban planning and policy. She also talked about the scale of cities and growing slums in tier-II and tier-III cities and the role of real estate economies and commodification of land and its impact on informal leadership.

Dr Pushpa Pathak took the critical approach and began her discussion with the tenure status of the slums undertaken for the study by Dr Auerbach. She also asked some very important questions related to the time temporal nature of leadership, their tenure, the feedback system for leaders in slums and the process of re-selection of leaders in the slums.

Dr Auerbach clarified all the questions put up by the discussants by sharing insights from his previous research and experiences. Finally, Dr Soumyadip then opened the floor to questions after an interesting and constructive conversation. Both the speaker and the discussants presented some interesting perspectives, insights, and opinions on a variety of topics, as well as expressed some significant concerns.

Acknowledgement: Utkarsh Dwivedi is a research intern at IMPRI.