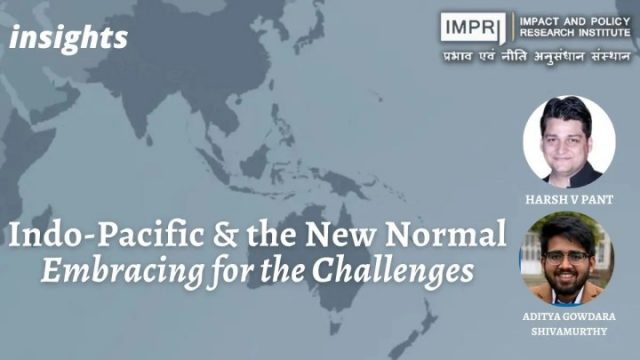 Embracing for the Challenges

As 2022 comes to an end, the world is embracing a ‘new normal’ where new fault lines are being reconfigured in the Indo-Pacific. The Indian Ocean and South Asian regions are at the heart of this contestation, considering their geo-political and geo-economic prominence and India’s emergence as a major power. As tensions between an aggressive China and an emerging India intensify, New Delhi’s Quad partners are also making inroads in its backyard, ushering significant changes in the region.

The contestation for South Asia and the Indian Ocean is not new. China has long tried to mark its influence in these regions and enhance its strategic ambitions, namely, to limit Indian influence, military power, and status and to sustain its energy supply and economic growth. Beijing’s outreach in South Asia increased manifold in the early 2000s with its economic boom. It began to further its strategic ends in the region through loans, financial incentives, and mega-infrastructure projects; this became more institutionalized with the launch of the Belt and Road Initiative (BRI) in 2013.

Subsequently, these investments enabled Beijing to access the Indian Ocean, promote political and security ties in the region, harbor military vessels and submarines, and take certain islands and ports on the lease ( including the Hambantota port of Sri Lanka).

It is only with the Galwan clashes in 2020 that Indian strategic thinking is deeming Beijing as a bigger threat than that Islamabad. While the possibility of a two-front war persists, Pakistan’s strategic isolation, economic and political fallout, and border and terror challenges emanating from Afghanistan have minimized the likelihood of its aggression. On the other hand, Beijing’s larger strategic and diplomatic presence and grand ambitions have continued to trigger angst for New Delhi.

Steps by India, the rest of the Quad

After Galwan, New Delhi has re-energized diplomatic efforts in its backyard. In the Maldives, New Delhi is reciprocating President Ibrahim Solih’s ‘India First’ policy with massive economic assistance, grants, and infrastructure projects and by also cooperating on maritime security. In Nepal, Prime Minister Deuba’s government has attempted to improve Nepal’s overall bilateral relations with India. In crisis-hit Sri Lanka, India, this year alone, has provided economic and humanitarian assistance and investments worth $4 billion.

India’s leading efforts in South Asia and the Indian Ocean have also attracted other Quad members (Japan, Australia, and the United States). Close cooperation has ensued among these partners to collectively push against China and offer genuine alternatives to the BRI – they have also been assisting Sri Lanka throughout the crisis. Japan is also finalizing its talks with Sri Lanka on debt restructuring. In the Maldives, Australia and the U.S. have committed to opening their embassies and new areas of cooperation. In 2020, the U.S. signed a defense and security framework with the Maldives. Earlier this year, Nepal also ratified the U.S.’s Millennium Challenge Cooperation (Nepal Compact), much to China’s displeasure.

However, the recent success of India and its partners is unlikely to deter China from furthering its presence in the region. Such an outcome is more unlikely, with tensions rising against India, and the Quad partners making inroads in South Asia. Earlier this month, the Chinese surveillance vessel Yuan Wang-5 (it had docked in Sri Lanka in August), re-entered the Indian Ocean. A similar incident occurred last month when another vessel of the Yuan Wang series entered the Indian Ocean, coinciding with the test flight of the Agni-series missile. Beijing also hosted its first-ever China-Indian Ocean Region Forum, to institutionalize its presence in the region and challenge new initiatives such as the Quad and the Colombo Security Conclave.

A balancing act is likely

Beijing will continue to leverage its financial and economic might and political influence in South Asia. But, most importantly, South Asian countries would also hesitate to completely move away from China as they hope to exercise their agency by balancing with China and India — essentially making this competition a ‘new normal’. And this trend will only increase with new players entering in the region.

Such a balancing outcome is very likely with most South Asian countries now facing economic and political turmoil. The COVID-19 pandemic and Russia’s invasion of Ukraine have continued to haunt the region. Nepal, the Maldives, and Bhutan are struggling with depleting forex reserves. Bangladesh has reached a bailout agreement worth $4.5 billion with the International Monetary Fund. Sri Lanka is yet to chart its way out of the economic crisis. Energy shortages, inflation, and negative or slow economic growth are also disrupting day-to-day activities in these countries.

As 2023 marks an election year for a large part of South Asia, these economic grievances combined with political opportunism will likely fuel more instability in the region. Ongoing protests in Bangladesh are a mere indication of such upcoming challenges. New Delhi and its partners which have only started to make recent gains against China, should be ready to embrace these challenges.

This article was first published in The Hindu Accepting the new normal in the Indo-Pacific contestation on December 21, 2022.

Read more by the authors: China’s Rapprochement in the Indian Ocean Region