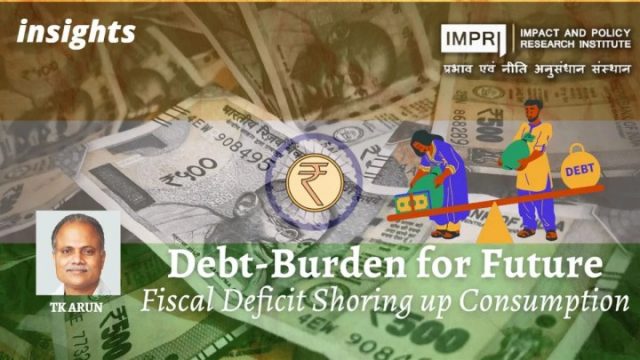 The fiscal deficit created now translates into a higher debt burden that future generations have to service. Is that fair? It is more than fair. In the misty mornings of peak winter, a flock of sharp-beaked, joyless birds takes flight in the capital – Fiscal Deficit Hawks, who swoop down on North Block, where harried finance ministry officials race against time to prepare the Union government’s annual budget, to screech sharp orders to slash the fiscal deficit.

Dovish champions of growth quail before their self-assured severity. This year, at least, these pests have to be banished, to free the budget of the dire predictions of rating downgrades, inflation, isolation within G20, brimstone, and fire, in case the fiscal deficit stays high.

Let us begin by appreciating the fiscal deficit is a shape-shifter. A fiscal deficit in times of brisk growth is a beast altogether different from a fiscal deficit in times of slowdown. In the coming year of a global slowdown, India has the responsibility to take advantage of the slack in commodity and capital goods prices the slowdown would produce and step up capital formation in the domestic economy, so as to boost growth in the present and create the infrastructure for sustainable growth in the future.

Not just that, once state spending creates demand for the non-state sector’s output, the latter’s exhausted ‘animal spirits’ would get re-energized. And if the demand is perceived to be strong enough and sustained, the non-state sector would add capacity to meet the anticipated demand.

What is the likely investment mood of the private sector in the coming year? By all estimates, growth is scheduled to slow across the world, including in India. Export demand would be tame. The private sector investment appetite would be anorexic. Should the finance minister worry about snickering rating agency types? Or step up the budget’s allocation for capital formation?

Let us appreciate that ‘capital expenditure’ is a little deceptive. If GoI pays off past debt, it would be capex without capital formation in the economy. If GoI hands out loans to, say, state governments for them to repay their debts faster, again, there would be a big step-up in Capex without adding to capital formation.

It is a capital formation that would generate demand and crowd in private investment, not just any sort of increase in capital expenditure. The budget should explicitly target stepped-up capital formation.

Debt From the Future

A fiscal deficit that funds investment is more effective in boosting growth than a fiscal deficit that shores up consumption. In dire circumstances, the state might need to borrow to step up subsidies. India is moving out of the pandemic’s shadow, but a jump in demand for MGNREGA doles in November suggests lingering distress that might warrant continued support for ‘make work’ programs.

Another hawkish concern about the fiscal deficit is intergenerational equity. India is a fast-growing developing country, not a mature economy that celebrates a 2% growth rate. Future generations would be far richer than we are today. They can afford to service any debt they are saddled with. Further, they would have a moral obligation, provided today’s fiscal deficit goes to finance the means of producing future prosperity.

GoI should stop subsidizing electric vehicles (EVs). The savings on fuel are sizeable enough to incentivize rational, voluntary adoption of EVs. The government needs to step up expenditure on the greenest energy of all, nuclear power. India’s thorium-based fast-breeder program has been malingering for no reason. It needs funds. Defense production and modernization, including better cyber capability for offense and defense, need funds. Research on carbon capture for use is a priority. Mining the data generated by goods and services tax (GST) to identify new tax sources calls for funds. These represent unavoidable increases in state spending, in addition to conventional infrastructure, physical and social.

This is the time to nurture the tiger with the savings the private sector is too timid to handle on its own. Not the time to be distracted by screeches in the sky.

This article was first published in Economic Times as Why a fiscal deficit in times of brisk growth is a different beast from one during slowdown on December 20, 2022.

Read more by the author: Need for a BRICS Reinsurance Company