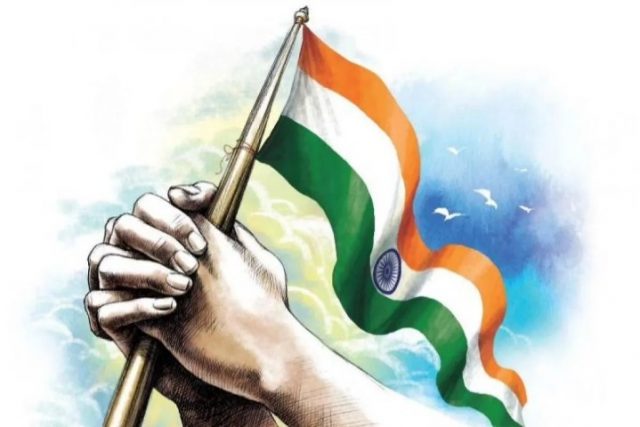 As per UN Population Prospects 2022, India is going to be the most populous country in the world. In this regard, IMPRI Impact and Policy Research Institute, New Delhi with #IMPRI Center for Human Dignity and Development (CHDD), organized a panel discussion, #WebPolicyTalk, as part of the series The State of Population Development- #PopulationAnd Development on India@75:Most Populous and? on August 25, 2022.

The session was started by the moderator, Mr Devender Singh. He said the question mark in the topic denotes what the experts think. Although India completes 75 years of Independence, it is reaching the milestone of being the most populous country. He introduced us to India’s demographic journey from when India got independent to now by providing data and figures related to population, life expectancy, total fertility rate and overall development of the country. The session was conducted to discuss what kind of journey we had and will be having in terms of demographic parameters, resource allocation, political representation and how different states will be affected by diversity and also what it means for different population groups.

Prof K.S James shared his views on how the title is related to size and how the population will affect our country’s demography. According to United Nations (UN) projection, currently, the total fertility rate is 2.42 in the world; it is declining even in developing countries like India. So, by 2050, the world will achieve the replacement level of fertility rate and thereafter population will stabilize by the end of the century. He divided his lecture into 3 parts to give an overview of world demography, India’s Demography and the Fertility Rate. He gave insights into the comparison of China and India’s populations as according to the United Nations, India will overtake China in terms of population by 2023.

The growth rate of China is declining whereas it is increasing in India. The growth rate of India will stabilize by 2060. One of the major problems of poverty is the population size but data shows that the demographic structure of the population is optimistic. All showing India already reached the replacement level of fertility rate. Population structure is changing, 65% of people is in the working group. Good education and investment will benefit the country.

Prof P.M Kulkarni talked about population size and the growth of the population. He also said that the structure of the population matters a lot. The data figures show, that gradually there is an increase in the old age group because the fertility rate is declining and action needs to be taken so that ageing is not an issue in future. The state should look at Human Resource Development as the children population is declining slowly so they need to be given quality education and much should be invested in them. There are changes in the share of the population by the different states due to interstate migration. If there is no inter-state migration then the particular state will develop and it will lead to many problems, hence there is a need to be smoother migration.

Dr Sonia George addresses the population ratios of our country. There is an alarming gap between the sex ratio and inequality. Currently, India stands at 135 in the Global Gender Gap and is continuing its poor participation in the economy. Regarding the economic situation, education and health are at a very low position and thus need to be improved.  In the age group of 20-29, the young population is 92.4 million out of which only 10.7%  are pursuing education and 9.4% are in paid jobs; 80% of the women after marriage are a homemaker. Domestic violence is increasing and girls between 15-49 severely report physical partner violence. There is a severe wage gap between men and women as men earn 7 times more than women. In most of the informal sector majority of women faces a wage gap. Post covid men have come back to the labour market but 2/3rd of the women are severely facing issues coming back to the labour market. Cultural conditions are so high and devasted that are making them confined to four walls.

Dr Devendra asked various questions to Mr K.S James, one of them being about the negative effect of the induced fertility rate and if we can conclusively say that we have entered in low fertility rate era and start focusing on the composition of the population. Mr K.S James answered that we need to enhance healthy life expectancy and we can say that our fertility is not much higher. Prof Kulkarni agreed with Mr James’ thoughts. The projection sees that the population will peak and gradually decline. We don’t need to influence the population but look after ageing and migration issues and make the best use of human resources. Mr Devendra questioned Prof P.M Kulkarni about how competent we are to produce data on regular basis and how much the state look at population scientist.

Prof. P.M Kulkarni said e need to look for better projections; So, in every 2-3 years we need to have projections. The state office should be encouraged to collect data at the district level and no longer depend on UN data. Mr Devendra’s last question was for Dr Sonia George regarding the problem with women’s participation in the labour market and the reason why it is declining. She said that the women earning for livelihood are not included in any data collection and women have not been considered as primary livelihood earners. At last Mr Devendra discussed what are the opportunities and challenges in this changing scenario in the diversity of the population. Hence there should be an overall development of the population.

Acknowledgement: Kashish Prasad is a research intern at IMPRI

Youtube Videos for India@75: Most Populous and? on IMPRI #WebPolicyTalk