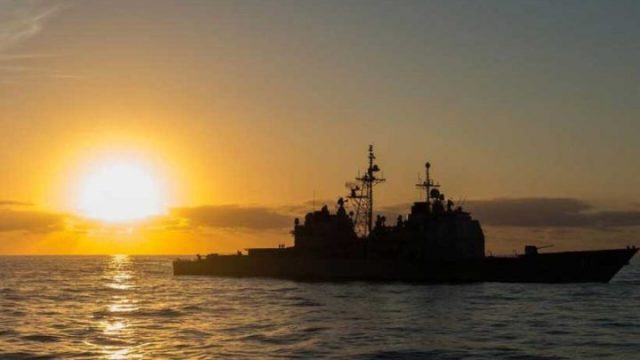 Indo- Pacific today represents the reality that the dynamics of the Indian and Pacific oceans have merged and are becoming part of a whole.

The event started with Dr Simi Mehta, CEO and Editorial Director- IMPRI, welcoming all the esteemed panelists. The speaker, Dhruva Jaishankar elucidated how the term Indo-Pacific elicits confusion and different interpretations in terms of what it signifies. He pointed out the four main themes for the discussion. First, nature of geopolitical competition and how it is changing. Second, Indo pacific and what it signifies, China’s row and finally, implications for India.

Can the competition really be avoided?

Throwing light on the nature of geopolitical competition, Mr. Jaishankar talked about how historically, we have seen competition among world’s greatest powers in war as well as peace time. However, in the early 1990s political scientists, leaders, academicians, people in business started believing that this competition could be kept aside, made irrelevant or managed. What was then considered to be an era of manageable political competition is suddenly witnessing a number of flash points driven by major powers of the day.

One can see this in terms of economy and security. Since 2008, China has established an effective military presence not just on the west but also on the east of India. The US, France, Australia now have active military presence in the Indian and Pacific oceans. The Indian navy is now making forays once or twice a year in the Pacific.

China’s role in the Indo-pacific

Many of the security dynamics and economic realities changing today are concerned with China at micro and macro levels. China’s rise over the last three decades has represented massive geopolitical and geoeconomic sea changes. Today, China is a manufacturing superpower. It is central to regional and global supply chains. It is also instigating a series of security, political, economic and social challenges across the regions for many other actors, including most of the other world powers. It is actively engaged in security competition over territories and resources with at least nine of its neighbours. However, it is important to note it is not the only security competition that is defining the emerging competitive dynamics of the Pacific. Interdependence, ideas and institutions have mitigating effects and will lead to greater competition.

Expounding more on the topic and putting forward China’s views, Dr Li talked about how China’s actions in the Indo-Pacific have been in response to the view that the US wants to encircle China by mobilising its allies and strategic partners contrary to what a lot of other countries believe. Chinese leaders and officials prefer using the terminology Asia-Pacific instead of Indo-Pacific. The idea of ‘Indo-Pacific’ is neither liked nor considered to be a threat. China doesn’t want this term to be recognised and accepted by the Indo-Pacific countries. Now that it is becoming substantive, there is an added anxiety in the minds of only some Chinese decision makers who feel that the Chinese security policies have been too heavy handed and with the current geo-political circumstances, the Indo-Pacific is going to be a big challenge for China. China has therefore been trying to use its economic power to deal with some of the strategic challenges out of the Indo-Pacific. It believes that its economic power and initiatives would play a role in trying to persuade some regional countries not to be supportive of the Indo-Pacific.

India as a key player in the Indo-Pacific

There is an old legacy that India can draw upon a more active role in the broader region. A few months before Indian independence in 1947, India convened a conference of Asian Regions. After World War II, India signed a separate peace treaty with Japan and facilitated its return to the international community. It played an active mediating role during the Korean war and Indo-China wars in 1950s. After the Sino-Indian war of 1962, for almost three decades India remained preoccupied with its internal affairs. Although India’s economic liberalisation in the 1990s changed the situation.

Mr. Jaishankar pointed out four important objectives of India’s current engagement with the Indo-Pacific. First one includes securing the Indian ocean and laying a larger emphasis on maritime domain awareness. In 2019, India’s navy completely changed its operations and adjusted its capabilities to meet new challenges. It has also led to infrastructure and capacity building initiatives in the small islands of the Indian ocean. There has also been an attempt on the Indian ocean to create a leadership role in institutions including the Indian Ocean Rim Association, among others. The second broad objective is the integration with Southeast Asia, including regional integration with ASEAN and other forums. While ASEAN and India have been major trade partners, they still are not as co-dependent as one would imagine. The third objective would be the establishment of strategic relations with a series of balancing powers led by the US, Japan, Australia, France, South Korea, Russia etc. The fourth objective would be managing our relations with China which are significant yet complicated. They exist uncomfortably with a major bilateral security competition, trade and economic competition.

Mr. Graeme Dobell was then invited to elicit his views on the Australian engagement and how he saw things evolving and moving especially because Australia’s relations with China have not been very smooth over the last few years. He emphasised on how the idea of the Indo-Pacific as a construct is a new reality, and this perception is less than a decade old in Australian or Japanese thinking contrary to India’s perspective. At the start of this century, the way Australia viewed its relationship with China and India was probably a mirror image of what it is now. India’s diplomatic and strategic relations with Australia were below zero. Australia had a boon in its relationship with China. In the present scenario, Australia is as close to India as it has ever been in terms of naval discussion, evident in the QUAD. Mr. Dobell recalled how Deng Xiaoping in 1988 spoke to the former Indian PM Rajeev Gandhi about the ‘Asian Century’. For 500 years, the central balance was about Europe and the US. Central balance in this century would be created in the Indo-Pacific. Discussions during the COP26 brought up a point that the question of how hot the world would get till the time climate is stabilised depends largely on what happens in Asia.

Dr. Felix Heiduk commented on how it might be incorrect to portray Indo-Pacific as a geographically neutral descriptive term when that is not all the case keeping in mind China’s action and interpretation of Indo-Pacific as US led containment initiative rather than a congruence of the two seas as former Japanese PM Abe described it. To this, Mr. Jaishankar responded by saying that Indo-Pacific is both a descriptive geographical term as well as a rhetorical term with various political connotations. Dr. Felix pointed out how it is difficult to conceptualize the term ‘Indo-Pacific’ when different regions and organisations of the world have different interpretations of it. He raised other relevant questions such as how the US domestic policies would get influenced by the changing circumstances in the Indo-Pacific post 2025 presidential election and what would it mean for India’s balancing or rebalancing strategies where US plays a pivotal role.

Mr. Jaishankar responded to this with a slightly contrary argument that even if the republican administration comes back in 2025, there won’t be many changes in the broad approach towards the Indo-Pacific area. However, it will affect some related micro policies. The US will have to share the burden since it has limited resources to compete and it cannot be everywhere, therefore there would be a need to work with partners with a shared worldview. He also talked about how India is a part of several minilateral agreements and whether they should be considered as ways to achieve security against or with China.

Jack Detsch propounded on how ‘Indo-Pacific’ became the term of art in US government through a Japanese initiative that brought it to the Trump administration and promulgated it in 2017. The Biden administration is currently trying to look into a positive vision for the competition with China. There is a very poor understanding in the United States diplomatically, about China’s vision. The American public is extremely sceptical about foreign engagement after the withdrawal from Afghanistan which has led to a need for the administration to chart out a positive course for this competition in the longer run. The US administration needs to get American buy-in and support and needs to chart out effective long-term ways to engage with the Indo-Pacific.

Dr Simi Mehta, moderator for the event then discussed Australia’s relations with China and the possibility of an intensified competition with the announcement of AUKUS with Mr. Dobell. She further took up questions from the audience surrounding US’s aid to Taiwan. Dr Li, answering the question, spoke about Chinese concern about the political leadership in Taiwan creating conditions that would be conducive for independence. Some of the American policies and interactions with Taiwan in the eyes of Chinese may be viewed as red lines. The Chinese are just attempting to warn the US to not play with fire! Other relevant topics related to the Indo-Pacific such as European Union’s strategy to engage with it, US Secretary of Defence, Llyod Austin’s visit to Singapore, Vietnam and Philippines along with the growing role of the Middle East in the Indo-Pacific were discussed. Some special remarks were made and questions were raised by Prof. KP Vijayalakshmi.

Indian engagement with the broader region within the security and economic realms is imperative. Gaps need to be filled in naval acquisitions and serious discussions about budget allocation in the navy and comparing it to the requirements of the other domains such as air, land and cyber space is needed. Enhancing overseas project implementation, regional trading, boosting defense exports is also required. Smaller countries currently seek alternatives in the global market since India is not a major defense provider. Improved air connectivity and increased investments in the Indo-Pacific region might help India in strengthening its position. The challenges in a post-covid world also need to be assessed.

Dr Felix emphasized on the need to address issues such as climate change in the context of the Indo-Pacific. He further asserted that globalization and diversification will shape the future of the Indo-Pacific. Dr Li pointed out that there is still a hope in Beijing that India will stick to its major power diplomacy, foreign policy and will try to maintain a certain level of autonomy and that the ASEAN countries will continue to have a neutral stance. Mr. Jaishankar expressed his gratitude towards all the speakers. In his view, this is a topic that will be deliberated and discussed for a very long time and such forums actually help in raising consciousness among people of India and elsewhere about the dynamics at play. Mr. Dobell called it a fascinating discussion. Dr Simi finally concluded the event with a formal vote of thanks.

Acknowledgement: Sneha Bisht is a research intern at IMPRI.