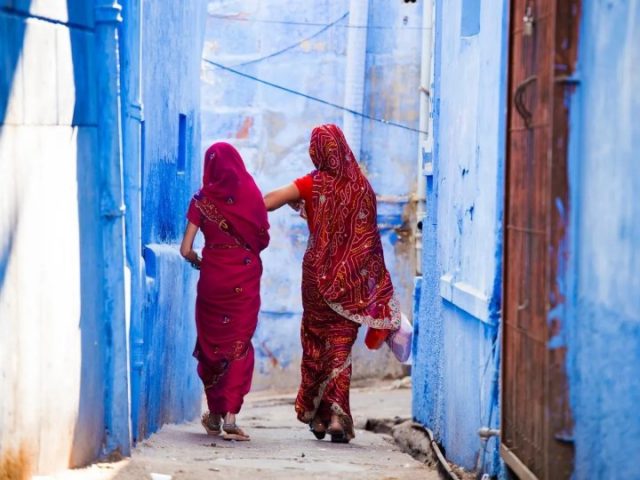 Gender equality is one of the most hotly debated topics in the country. However, this enthusiasm for gender equality persists only up to the limits of cities and is hardly discussed in the context of the rural or the peri-urban areas. We need to make a conscious effort to resolve such issues in peri-urban areas as well. Therefore, an esteemed panel would debate the issue in the web policy talk episode. The IMPRI Center for Habitat, Urban and Regional Studies (CHURS) organized a special lecture on ‘Gendering Vulnerability Research in the Peri-urban’ on 14th January 2022. The lecture was organized under #WebPolicyTalk series The State of Cities- #CityConversations.

Dr Saumyadip Chattopadhyay, Associate Professor, Visva-Bharati Santiniketan, Visiting Senior Fellow, IMPRI, New Delhi, starts the discussion by describing the topic ‘Gender Vulnerability Research in the Peri-Urban’ and then he goes on to the introduction and accomplishments of each of the panel members.

Prof Vishal Narain, Professor, Management Development Institute, Gurgaon, then, with the help of a presentation, goes on to explain the topic in detail. He begins explaining the meaning of the topic altogether and touches upon several pointers on the issue, which are –

He talks about how the term vulnerability has recently gained prominence in the international climate change discourse. Vulnerability is essentially defined as the susceptibility to harm, the main parameters of which are exposure, adaptive capacity, and sensitivity. He then moves on to talk about the gendered nature of vulnerability and elaborates on it through the following points –

He moves over to answering the question ‘Why a gendered lens in the peri-urban.” He describes peri-urban places as not just a place of poverty but also of glaring social and economic inequality and elaborates further. He then enlightens us with the two basic questions on the basis of which he conducted his research. These questions are –

He presents to us the three ways in which he believes gender transformation happens in the peri-urban regions. The first is the occupational diversification and migration of men. Through the presentation, he describes his fieldwork in Sultanpur village, where upper caste women did not move out of their homes to collect water as it was considered against their ‘‘maryada’’ or norms of social dignity. He, however, observed that with land-use change men started moving out to cities on a daily basis to work, the women did not wait for them and started going out to collect water.

Secondly, the impact of the expansion of urban infrastructure has brought on gender issues in the peri-urban areas. He describes his fieldwork experiences on the same. Finally, the intersection of the forces of land-use change and climatic change have had a substantial impact on the gender relations of the peri-urban areas.

He then, through his fieldwork experiences in Mukteshwar, describes the collective impact of change in land use and climatic change on gender relations and how the women adapted to the changes. He puts before us several of his learnings which he had acquired during his research and fieldwork on the topic, some of which are listed below –

He concludes his presentation by saying that gender relations in the peri-urban constitute a fertile area for further studies, it needs more attention in research, policy and capacity building and that this need has become stronger after the pandemic. He also opines that intervening in the peri-urban requires more collaboration and therefore formal state approaches are not enough. He then also encourages men to study and talk more about gender.

Is Poor Planning and Implementation the Cause?

Dr Saumyadip then appreciated Prof Vishal’s explanation of the topic in-depth and invited Dr Ramakrishna Nallathiga, Associate Professor, National Institute of Construction Management and Research (NICMAR), Pune, to make his observations on the same. He talks about mainstreaming gender issues while devising public policies. He elaborates the shortcomings of various policies which do not focus on such issues but at the same time, he asserts that the policies made are at times even better than that of the developed countries.

He then talks about how various policies are planned and implemented efficiently in the urban areas but rarely pass the planning stage in the peri-urban areas, to which in fact the planners should have paid more attention. He suggests that the planning and proper implementation of policies must not only be limited to the core areas but even beyond.

Dr Saumyadip lauds Dr Ramkrishna’s efforts to bring to focus the poor planning and the efficiency on the part of the governments. He then invites Dr Divya Gupta, Bharati Institute of Public Policy, Indian School of Business, Hyderabad, to express her views on the topic of discussion.

She talks about how her work on rural areas in India and Nepal has inculcated within her a curiosity to know more about the peri-urban areas, which have been increasing in number with the expansion of cities into the rural areas. She mentions her experiences of research in the Kangra region, which is primarily dependent on the forests. She describes the changes she’s observing in the people’s lifestyle with the region moving towards urbanization, how many people have commenced living in pucca houses instead of the old traditional kaccha houses.

Another point she emphasizes is the effect of the pandemic on the people; she elaborates how the pandemic pushed the people already adapting to the changes to take further initiatives in order to secure a livelihood. She admits that the gender lens on the peri-urban region is something which is not paid much attention to but at the same time has a lot of scope for research that would enable such vulnerable sections to recover from the transition of these rural regions.

Looking through the Gender Lens

Dr Saumyadip then reasserts the statements and observations made by Dr Divya then goes on to invite the next panellist – Dr Meenakshi Sinha, Postdoctoral Fellow, Applied Social Sciences, Banaras Hindu University (BHU), Varanasi, to enlighten us with her views.

Dr Meenakshi at first admits that the gender lens on the topic of peri-urban residents is quite refreshing for her and is something quite unique on which she hadn’t reflected in the past. She asks the panel members some questions and probable solutions to those in the context of gender relations in peri-urban regions.

Dr Saumyadip agrees with Dr Meenakshi’s opinion about the gender lens on the topic of peri-urban areas being in itself a unique topic. He then invites Dr Jenia Mukherjee, Assistant Professor, Department of Humanities and Social Sciences, Indian Institute of Technology( IIT) Kharagpur, to share her comments on the topic.

She begins by expressing her admiration for Prof Vishal. She describes Prof Vishal’s presentation as very informative and briefly touches upon several issues described in his presentation. She, with the help of studies conducted by individuals on the topic, puts up certain statements and further elaborates on them. She also acknowledges the fact that the issue is quite less focused and is rarely debated during various policy formulations. She then describes the projects carried out by her scholars.

Prof Vishal then asserts that he might not have definitive answers to the questions raised by the panellists but based on his research would put forward some possible solutions. He then goes on to answer Dr Ramkrishna’s question of the government’s poor planning and implementation in the peri-urban context. He describes the governmental structure as very messy and complicated which cannot be easily intervened and then goes on to elaborate on it. He clarifies some of the other issues brought to light by the panellists.

The moderator then introduces Sameer Unhale, Joint Commissioner, Directorate of Municipal Administration, Government of Maharashtra and invites him to present his views on the topic. He talks about the governance of the peri-urban areas especially in the state of Maharashtra. He states that there is no vacuum of governance in these areas and therefore such areas come under the rural governing bodies.

In the context of gender vulnerability, he backs the government functioning in the peri-urban areas and asserts that in fact the government bodies in such areas are much stronger institutionally, fundamentally and funding wise than the administration of urban cities and therefore such governing bodies adequately address the social persisting social issues.

Dr Vishal then responds to Mr Sameer’s observations and assertions. He agrees that there is a governing structure in the periurban areas but argues that it is in fact the evolution of the governments or adaptation of the government that’s an issue and not the existence of a governing structure. He proposes reforms in the training programmes of urban and rural planners in a way that they are not limited only to the limits of a city or village but instead also realize the implication of a city’s expansion on rural areas and other factors. Also encouraging the contemporary urban and rural planners to look beyond their niche and develop a wider world view.

Dr Saumyadip then allows Dr Gopala Samanta to express her views. She emphasizes gender equality and shares her views with the help of examples to the panel members.

Acknowledgement: Aayush Singh is a Research Intern at IMPRI.

YouTube Video for Gendering Vulnerability Research in the Peri-urban