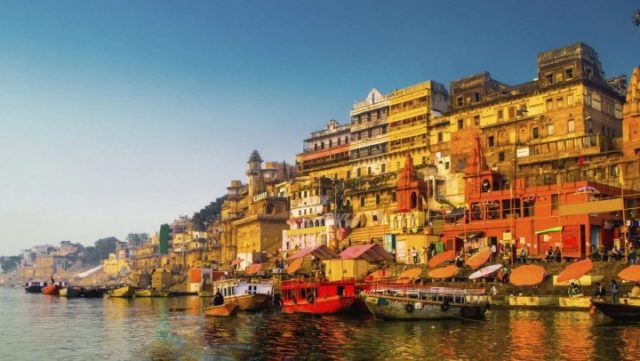 There is a stark discrepancy in academic work dealing with India’s major metropolitan cities and those concerned with small towns. Consequently, there are limitations to the information that we possess about local governance. To bridge this information gap, the Center for Habitat, Urban and Regional Studies (CHURS), IMPRI Impact and Policy Research Institute, New Delhi, hosted a special lecture as a part of #WebPolicyTalk series; The State of cities- #Cityconversations. The lecture titled “Governance Challenges in India’ Small Towns” relied mainly on the evidence available from the experience of small towns in the western state of Rajasthan.

The lecture was initiated with the insightful opening remarks made by the moderator Dr Soumyadip Chattopadhyay, Associate Professor, Visva-Bharati, Santiniketan; Visiting Senior Fellow, IMPRI, New Delhi. He called to attention the infrastructural deficiencies prevalent in small urban settlements and the lack of literature on municipal governance in such cities. This lack of information, according to him, often leads to an absence of normative ideals for urban planners in dealing with institutional challenges of ineffective top-down governance.

With this apt introduction, Dr Tariq Thachil, Director, Center for the Advanced Study of India (CASI); Associate Professor of Political Science and Madan Lal Sobti, Associate Professor for the Study of Contemporary India, University of Pennsylvania, began the lecture. Dr Tariq started the lecture by introducing his study undertaken in collaboration with Professor Adam Auerbach from the School of International Services.

Between 1950 and 2050, our world would transform from 70% rural to 70 % urban. He presented statistics that show how India would be at the epicentre of this global demographic shift. He stated that contrary to the widespread belief, urbanization in India would not centre around megacities or million-plus cities. Instead, much of the urban growth would be in small towns.

What are the Governance Challenges in Small Towns?

Dr Tariq begins to answer this question by denouncing the assumption that the problem faced by small towns are the same as those faced by the more prominent cities. He highlights autonomous clusters of small towns not situated on the periphery of big towns. Previously, he had embarked on a study of small-town governance across statutory towns in Rajasthan.

Why are Services Inadequate?

The simple answer to this question is that the increase in the number of cities has not led to a corresponding increase in revenue. According to a report authored by the Rajasthan state finance commission, the revenue collection is dissatisfactory because Octroi the entry tax on goods which was the primary source of revenue for these towns was withdrawn by the state government in 1998. This decrement in revenue was not tackled by a supplementary increase in other sources of income. Dr Tariq highlights the lack of revenue collection from local town residents as the primary reason for constraining the local government’s budget and their autonomy.

Decentralization and the Way to Address the Revenue Shortfall

The Rajasthan state finance commission suggests the imposition of existing taxes combined with levying of new taxes and resident user fees to correct the revenue shortfall in small towns. The 74th Constitutional amendment and the Rajasthan Municipal Act, 2009 empower elected officials in local urban governments with core functions such as revenue collection.

Theoretically, local municipalities wield power to address governance challenges in a more than adequate manner. However, in practice, their work has been underwhelming. Some scholars argue that this is because the decentralization has not been carried to the extent needed since these local governments have not been empowered to conduct a significant extent of their functions, such as levying taxes.

Dr Tariq points out that this line of reasoning is lacking because it does not explain why local governments underperform even in areas where they have been adequately empowered.  An inadequate explanation for this might be the allegations of corruption, vested interests and lack of hard work in small-town councils. However, as Dr Tariq points out, these explanations are not based on empirical evidence since there are no surveys of small-town elected officials.

As a part of his study, Dr Tariq conducted a phone-based survey of municipal councillors. The key findings of this survey show that these local government officials have a fundamental lack of knowledge regarding their roles and responsibilities. Less than 3% of the councillors surveyed were aware of the 74th amendment, which is the source of their authority.

Only 43% were aware of a master plan issued by the state government to look at land use; out of these, only 5% had seen their town’s master plan. They were unaware of the mandatory taxes they were required to charge from local residents and did not know they possessed the power to levy new taxes. The councillors were overwhelmingly unaware of their budgetary duties.  Councillors across gender, social group and education-based distinctions had severe lapses in knowledge.

The central issue in small-town governance is that local elected officials have severe knowledge gaps about their key responsibilities. Dr Tariq recommends training efforts as a modest way of boosting the governance capabilities of small towns. Such efforts might, in turn, improve the efficacy of governance and the quality of representation these elected officials provide. Dr Tariq concludes positively by showcasing that 94% of the councillors surveyed expressed a desire to participate in such training.

Dr Debapriya Chakrabarti, ESRC Postdoctoral Fellow, SEED, University of Manchester, talked about a project she undertook at Cardiff University focusing on the Indo-Bangladesh border town of Bangaon, which is rapidly undergoing urbanization. She extended agreement with Dr Tariq by arguing that urban local bodies do not possess the power the theory decentralization espoused for them. They need approval from BSF from engaging in any infrastructural project.

Mr Sameer Unhale, Joint Commissioner, Department of Municipal Administration, The Government of Maharashtra optimistically presented that councillors around him are more result-oriented and practical. He argued that the situation in Maharashtra might be better than most other states since it has historically been one of the oldest provinces to adopt a municipality attitude.

He poses a caveat against the generalization of specific conclusions from a particular state for the entirety of the nation. This is because the urban system is complex due to ecological geographical diversity. Mr Unhale suggests shifting urban development from the state list to the concurrent list.

According to Mr Unhale, small towns are more rural than urban. The policy response from 2005 onwards has been more mission-centric. The issues that require the attention of local governments are much more complex in the present day; new problems such as electricity and energy have become powerful challenges. He believes that the local economy of small towns is not strong enough to cater to basic expenditure.

Because of this, grants possess an essential currency in small towns. This leads to a situation of local self-government without local self-finance. Lastly, he highlights that the survey results for councillors might be influenced by the duration it has been since the councillors have been elected.

Dr Tariq concluded the lecture by presenting his response to the points raised by the discussants. He agrees with Dr Debapriya’s assertion that tools such as the BSF encroach on the powers of the local urban bodies.

He extends an additional point to consider when looking at missions that dominate policy planning. There is tension between the tirade towards decentralization and the centralizing imperatives of missions. Under these missions, small-town bodies are not satisfied because they are not given enough power.

Dr Tariq believes that councillors work very hard but in an ad hoc and reactive manner; they do not engage in proactive planning.

He concludes by saying that in the broader scheme of small-town governance, more states resemble the conditions present in Rajasthan. The theory of decentralization has been implemented the weakest in small towns, and the lack of information with officials is only one piece of the puzzle.