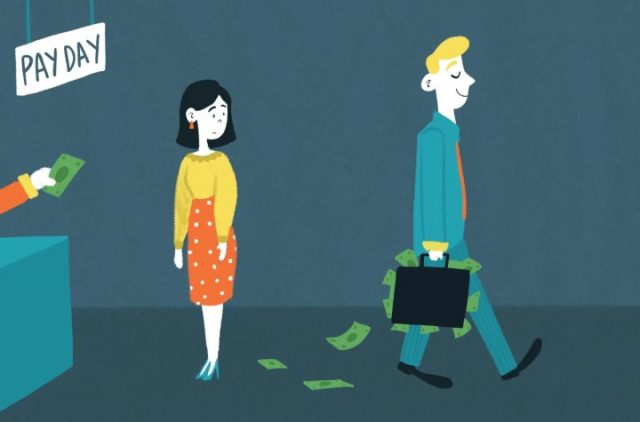 It is important to focus on the multiple marginalities of Indian women in the globalized political economy of the 21st century and thus #IMPRI Gender Impact Studies Center (GISC), IMPRI Impact and Policy Research Institute, New Delhi organized a Book Discussion on Gendered Inequalities in Paid and Unpaid Work of Women in India under the #WebPolicyTalk series The State of Gender Equality– #GenderGaps on May 17, 2022. The discussion was started by the Chair and Editor, Prof Vibhuti Patel, Visiting Professor, IMPRI and Former Professor, Tata Institute of Social Sciences (TISS), Mumbai. The Editor, Dr Nandita Mondal, is an Assistant Professor, Centre for Labour Studies, School of Management and Labour Studies, Tata Institute of Social Sciences, Mumbai.

Prof. Vibhuti Patel started the deliberation by giving an outline of her book ‘Gendered Inequalities in Paid and Unpaid Work of Women in India’. This book explores Indian women’s economic contribution through paid and unpaid work in different sectors of the economy and society in extremely diverse life situations and geographical locations. It highlights the gender implications of interlinkages between local, national, regional and global dimensions of women’s paid and unpaid work in India. It encompasses a vast canvas of life worlds of working women in the metropolitan, urban, peri-urban, rural, and tribal areas in manufacturing, agricultural, fisheries, sericulture, plantation and service sectors of the Indian economy.

It provides nuanced insights into intersectional marginalities of caste, class, ethnicity, religion and gender. It not only focuses on emerging issues but also suggests evidence-based policy imperatives. The chapters are based on primary data collection and triangulation of qualitative and quantitative research methodologies. The book is divided into 3 parts; Macroeconomy and Women’s Work, Women in the Urban Economy and Regional Diversity and lastly Women in Agriculture and Allied Occupations. Prof Vibhuti continued her speech by discussing Part 1 of her book.

The first chapter focuses on issues such as globalization and women in the workforce and how it impacts them and it also analyzes and deconstructs structural adjustment programs marked by liberalization, privatization and globalization and how the devaluation, deregulation, denationalization and deflation have accentuated human miseries and women who are at the bottom of the pyramid of the informal sector. They are impacted both as consumers and producers. The second chapter is concerned with the constant positioning of women’s labour being divided in the binary of paid and unpaid within the competitive existence of state, market, community and household. The third chapter deals with migration and focuses on labour geography being created due to the migration of women labourers irrespective of their status.

Dr Nandita continued the conversation by summarizing the final 2 parts of the book. The central focus of Part II of the book is on the phenomenal role of women in the urban economy of contemporary India and she also talked about the individual contributions of each author in this part. Part III focuses on the women’s work participation in animal husbandry in Rural India through Employment Unemployment Surveys and NSSO, the emergence of women’s collective in Sericulture as a strong agency and the struggle of women weavers from Assam and reveals a glaring gender gap.

The text was then critically reviewed by Dr Geeta Balakrishnan, who also provided insightful commentary. She gave the book’s editors and contributors high acclaim and believed that the collection of chapters on the issue of gender and the care economy—paid and unpaid work—represented an original area of research and was well-integrated. She claims that the book’s strength is the fact that each author based their chapters on relevant theories and supported their claims with works of previous literature. Every Chapter has a special offering. This book has produced a synergy that inspires the thought of a whole field and provides ideas for additional study and investigation. She continued by talking about the concerns the book raised and how these aspects need to come up in the domain of government.

Dr Meenu Anand praised the book’s timely publication at a time when the entire world is dealing with the pandemic and discussing the gendered effects of COVID-19. Due to the pandemic, the labour markets are currently facing unprecedented difficulties, and 40% of women worldwide have lost their means of support. She began by outlining the four main lessons to be learned from this book, starting with its comprehensive coverage of all the states in India. The book’s stunning display of sectoral diversity, which is an amalgamation of grassroots narratives, was the second thing she highlighted. She feels that his book has a significant blending of voices from various sectors of women’s activity. Next, she complimented the book for its significant USP which is the coverage of novel sectors, occupations and work related to women giving examples of commercial surrogacy and she briefly discussed the chapters after that. She shared how this book delivers resilience stories and inspires optimism in her final remarks, calling it a treasure trove of information.

Amrita Gupta was then invited by Prof. Vibhuti to discuss both the book and her contribution. She goes into detail in the chapter on non-traditional occupations as a viewpoint that enables women to challenge gender division. In this book, numerous voices from all facets of women’s life are represented and she further shared her journey in writing this chapter.

Lavanya Shanbhogue Arvind then continued the discussion by talking about ceremonial sexual and ritual labour. Her chapter critically interrogates the role of self-help groups in the rehabilitation process of former Devadasis from Belgaum, Karnataka. The Indian labour force participation is characterized by a high concentration of female labour in the informal sector. Several estimates state that over 90% of this sector is made up of women. Given the context, this paper seeks to examine the impact of SHG formation and disbursement of microcredit as mechanisms to rehabilitate women who exited the Devadasi practice in the Belgaum district of Karnataka.

Following that, Vijayamba R. continued by talking about her chapter on livestock and how, in India, it is the second most important source of employment for rural women after crop cultivation. She further shared her findings on the distribution of rural female agricultural workforce aged 15-59 in broad activities of the agricultural sector, the proportion of rural women aged 15-59 whose principal status is domestic duty over time, Proportion of rural women aged 15-59 who regularly performed various activities of economic importance to households among those who were principally engaged in domestic duty over the years in India and concluded her discussion by talking about the declining trend of women’s participation in raising animals, a fall in cattle ownership by rural households and a decline in women’s preference for traditional activities.

After thanking the editors, Radhika Uppal continued the conversation by discussing the paper on women professional drivers, a non-traditional line of work, the difficulties they encountered entering a non-and women’s technical field like working late hours, and the changes they had experienced in their lives. This report also makes some policy proposals for both increasing and retaining the number of women in the workforce. Rama Ramaswamy then took the stage to discuss her chapter, which focuses on the socio-economic environment of street vendors and explores the difficulties they have when operating their businesses on the streets of Aizawl. Her study is based on primary data collected from a sample of 196 entrepreneurs operating their street enterprises in Thakthing Zing Bazar who spoke about marketing, finance and infrastructure.

Dr Geeta contributed her concluding comments about the book before Prof. Vibhuti and Dr Nandita wrapped up the debate by applauding all the authors, appreciating the panellists, and presenting the emerging issues and suggestions discussed in the book.

Acknowledgement: Aanchal Karnani is a research intern at IMPRI.