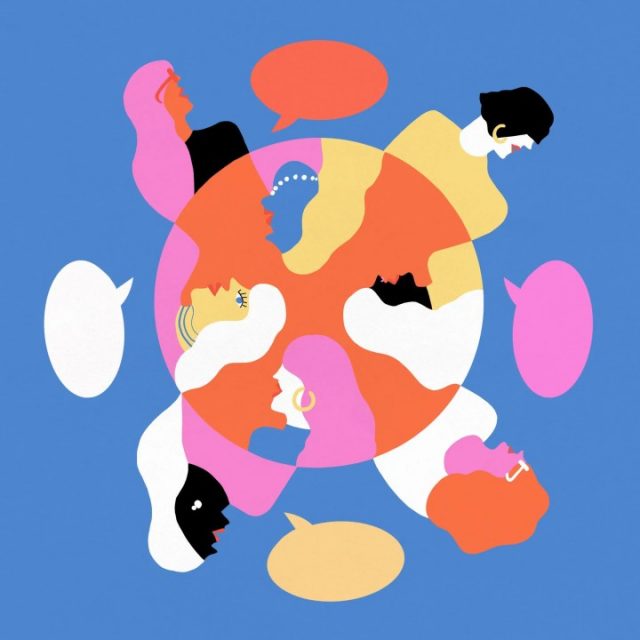 To discuss the impact of the Covid-19 pandemic on women and to put light upon unpaid care work, the Gender Impact Studies Center (GISC), IMPRI Impact and Policy Research Institute, New Delhi, hosted a special lecture under the #WebPolicyTalk series, The State of Gender Equality – #GenderGaps on Feminist Vision of Building a Better World in Post-Pandemic Period.

The lecture was started with an introduction of the topic by the moderator of the session Professor Vibhuti Patel, Visiting Professor, IMPRI, New Delhi; Former Professor, Tata Institute of Social Sciences (TISS), Mumbai. She highlighted the imposed burden of unpaid care work on women (in terms of housework, homeschooling, and care of sick children and elderly) due to the Covid-19 pandemic and how the supply of food, shelter, clean water, etc disrupted their livelihood.

She talked about the Gender Equality Forum, a global gathering for gender equality, and their aim to generate 40 billion USD to accelerate equality, leadership, and opportunity for women and girls worldwide.

Professor Roxana Marinescu, Professor, Faculty of International Business and Economics, Department of Modern Languages and Business Communication,
Bucharest University of Economic Studies, Romania, started the lecture by quoting a few lines from Arundhati Roy’s article ‘The pandemic is a portal’. The speaker showed agreement with Arundhati’s idea of the pandemic being a portal. She believes that the pandemic has been a revealer of gender inequalities prevalent worldwide and an opportunity to move away from the “normality”, as defined by Arundhati Roy.

Impact of Covid-19 on the Gender Gap

Professor Roxana shared her examination of how the pandemic has brought more inequalities and inequities in terms of gender. In the Global Gender Gap Report released by World Economic Forum in March 2021, the average distance completed to parity is at 68% i.e. 135.6 years to close the gender gap. The components of this report indicate 145.5 years 267.6 years and 14.2 years to attain gender parity in politics, economic participation, and education & health respectively.

The International Labor Organization showed that 5% of all employed women lost their jobs due to the pandemic. More data suggests that a longer “double shift” of paid and unpaid work increased the level of stress and anxiety in women with children. In conclusion, the pandemic is likely to have a scarring effect on future economic opportunities for women.

Professor Marinescu identified Covid-19 as a big revealer of gender disparity and precarity of women’s jobs and livelihoods. The UN Women 2021 report mentions the looming environmental and climate crisis and how women are the most affected group in the entirety. State Intervention is critical at this point and democracies across the world are under a threat. The global acceleration program of UN Women provided data concerning the increase in gender-based violence, child marriages, and reproductive rate. It also emphasizes the unpaid work done by women which increased to thrice the times in the pandemic when compared to men.

In 2011, Sylvia Walby talked about three new challenges in feminism- mainstreaming, the intersection with allies and competing forces, and the intensification of the neoliberal context. Professor Roxana believes that the third challenge is the most important one as its effects have drastically increased in modern times. She expressed her view on feminism being the most coherent response to building a better world in the post-pandemic period.

Professor Marinescu suggested embracing the feminist ethic of care, which offers an opportunity to move away from the privatization of care. She mentioned the Care Manifesto, released by the care collective in 2020 which talks about the steps the world can take to allow all living creatures on the planet to thrive. She urges the world to change its vision from a neoliberal paradigm to a feminist paradigm, where we adopt alternatives to capitalist markets and resist the marketization of care.

Joan Tronto, Professor of Political Science at the University of Minnesota, previously Professor of Women’s Studies and Political Science at Hunter College and the Graduate School, City University of New York, emphasized her work talks about the need for a care revolution. Care is referred to as feminine work and therefore not paid or paid very little for. In neoliberal times, care has been professionalized and regulated by market focus (without state intervention) which makes it inaccessible to different communities. Prof Tronto emphasized the need to move towards a feminist democratic ethic of care where we acknowledge the relationships between individuals of a global community.

Prof Tronto divided care into 5 different types, each with its ethical quality by which she concluded humans not just being creatures of the market but also being creatures of care. Democratic societies need to reorient their values to support the means for people to live and balance the need for autonomy and dependency.

Building Bridges, Not Walking on Backs

Coming to the solution, a change in power balance is required where historically excluded groups need to be brought into decision-making processes. We need to put care in the center and re-think not from a traditional perspective, where it is treated as a commodity, but as a public good. This will lead to a care-led post-pandemic recovery where care is accessible to all communities. Argentinian feminist economist, Corina Rodriguez Enriquez accentuates the presence of enormous inequities in care and demands public policies to distribute care that guarantee the rights of caregivers and receivers.

Professor Marinescu concluded her lecture by highlighting how the governments can adopt feminist visions to recover from the Covid-19 pandemic. There must be a deep structural transition to an economy that values essential work and addresses the crisis in healthcare, social, ecological, and economic policies laid bare by the pandemic. We must integrate knowledge developed by the marginalized communities, especially the ones most impacted by the pandemic, including women, girls, non-binary, women of color, etc.

Ambassador Daniela Mariana Sezonov-Tane, Ambassador, Embassy of Romania, New Delhi, showed agreement to Professor Roxana and shared her experience from a field mission in Congo in 2008 where she interacted with Congolese women, along with her three daughters was raped multiple times. The woman was complaining about her stolen pot of food that she sells to provide for her daughters, instead of those rape incidents. This shows the conditions of poverty and misery that women face.

She talked about a similar example from her mission in Nepal where she closely observed a poorest of a poor woman with nothing to feed her six children. The policies are formed but do not include these vulnerable communities who are subjected to injustices throughout their lifetime.

Professor Lakshmi talked about how businesses only express resilience and digitization of the world, therefore reducing human labour and moving towards a world of automation. Covid-19 is an example of how nature and viruses do not take into consideration the geographical boundaries and that we must move together as a community towards the path of recovery. The pandemic affected the environment and unpaid care work the most and has brought us into a period of pre-industrial times where work and home are at the same place.

According to global reports, less than 18% of the budget is allocated towards making the economy green. But the point that remains undiscussed post-lockdown period is domestic and unpaid work. The feminists are not puncturing the big picture of how the culture is the re-inforcing gender division of labour is not creating opportunities for women. Capitalism and the market economy have dictated our everyday lives, however, it’s time that we let our everyday lives dictate the government and markets.

On the other hand, oil exporting high-income countries gave protection to women through their already well-established social security system. During the pandemic, the Bhararian government provided free testing and treatment to all citizens. The Supreme Council of Women, an organization to look after women’s issues, granted men, whose housewives were frontline workers, an opportunity to work remotely from home. Dr. Chitra also mentioned other social and economic programs of the government in support of women and other marginalized communities.

Adding onto the same, Dr. Manisha Desai, Department Head, Sociology; professor of sociology and Asian and Asian American studies, University of Connecticut, USA, expressed her views on the times not being post-pandemic but a continuous shift from one crisis to another. She showed her agreement to Professor Roxanna’s view on paradigmatic shifts through feminist movements being the only response to this situation. She highlighted how our feminist visions have been narrowed and de-radicalized due to the co-option of gender and gender mainstreaming.

One of the ways in which feminism got translated into activism was the international women’s strike in 2017 and since then it has been going on in 2018 and it started around reproductive rights. Both in Poland and Argentina, there were a lot of reactions to reproduction rights, particularly abortion. But starting from them, it brought back social reproduction to the center. There is a focus on social reproduction and its link to the climate crisis, which ties together social care with care for the planet.

There is also an articulation of soft orientalism where we think that indigenous people have a decolonial vision that is untainted despite 500 years of colonial, imperial history. And this has become part of subaltern feminism. Just centering care is not enough because most care providers are poor women from the Global South who are exploited. Care needs to be localized.

Acknowledgment: Arunima Marwaha is a Research Intern at IMPRI