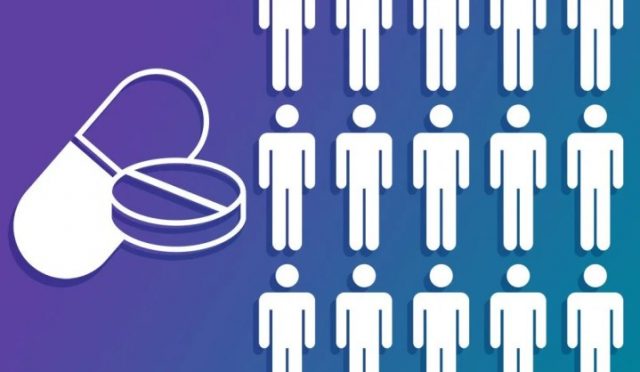 Among the myriad of concerns that have come up during the tenuous times of the Covid 19 pandemic, clinical trials for the vaccines are one. To understand the aspect of the challenge associated with the trials, the IMPRI Centre for Human Dignity and Development (CHDD), Impact, and Policy Research Institute, New Delhi hosted a #Special Lecture on the topic “Ethical Challenges in Clinical Trials: With a Focus on Drug and Vaccine Trials” on March 04, 2022.

Dr. Amar Jesani started the discussion by giving a brief about what clinical trials are and their need. Clinical trials (CT) are a way to understand what works and does not work, it mainly involves conducting experiments on humans. CTs are required to establish unbiased experimental research and attain the gold standard of evidence.

While CTs are indispensable, the issue remains whether a large number of CTs are required. There is a belief among many countries that more and faster CTs are required and hence, regulations are being diluted. However, he does not believe that as many drugs are better for public health.

a. Phase 1: First in Human Trials

The organization of clinical research has changed. Developed countries are outsourcing clinical trials to developing or transitional countries. This has led to the breaking down of the research process into different components. Each component is implemented by a different research organization. This process can be problematic because it becomes difficult to coordinate between the organization.

It is very important that the ethics regulations protect the interests of the participant and not the researcher and the companies.

1. Clinical Equipoise: A clinical trial cannot be conducted if one does not have genuine doubt about the credibility of the existing drug compared to the new one.

2. Therapeutic Misconception: In this case, participants believe that the trial is in their ‘best interest’ and not as part of an experiment. To break this misconception, it is important to separate the investigators from the participant taking consent. The recruitment should be conducted by a third party through advertisement and not a recommendation by a treating doctor.

3. Informed Consent/Understood Consent: The participants should genuinely consent to the experiment and must not face structural compulsion or coercion. The question that arises here is whether there is genuine consent in clinical trials without access to universal health care.

Dhvani Mehta talked about how she was once interested in being a part of a malaria drug trial that would give 2000 euros as this would cover a lot of the expenses. This leads to the point of how there are multiple factors that influence a participant to be a part of an experiment. So, there is a thin line in deciding how much to compensate the participant for their time and at the same time make sure it does not become an undue incentive.

Coming from a law background, it is sometimes difficult to grasp the technical matter of the proposals. Ethical communities should engage in knowledge exchange coming from different backgrounds and take decisions accordingly to protect participants. She also mentioned how despite having a fairly regime on clinical trials regulation, there is still a weak overarching parent structure regarding drugs, cosmetics, and clinical trials.

Prof Mala Ramanathan raised the issue of the departure of women’s participation in research. The inclusion of women in clinical trials is very limited in general mostly because of the Thalidomide disaster. So, even though women are not part of the trials, the evidence from the trials is used on them. Exclusion of women and especially pregnant and lactating women has become a default option and not an evidence-based option.

However, some global regulations are changing. However, published materials continue to use gender and sex interchangeably. The SARS COV 2 trials included almost equal numbers of men and women. However, reporting of other process outcomes by sex is lagging behind in spite of evidence showing differential immune responses for men and women to the vaccines, and differential mortality rates after vaccines.

In India, women have been included in the trials but have to use contraceptives to prevent pregnancies. Break up of participants and serious adverse events by sex are not reported. Indian regulations are paternalistic in contrast to international regulations. Pregnant women are still referred to as a vulnerable population whereas in the global regulation they are referred to as complex interventions. India is one of the few countries that provide data on vaccine acceptance by non-binary categories.

The way forward is to justify the exclusion of pregnant and lactating women. Reporting on trial data should have information on planned sex-disaggregated analysis as a routine process mandated by regulations. Journals should mandate sex and gender analysis or verify adherence to SAGER guidelines as an essential requirement for evidence building on new drugs and vaccines.

The participant takes the most risk and is compensated the least among all the stakeholders. This mainly happens because health is not seen as a human rights issue.

In January 2022, the DCGI is proposing to give deemed approval to the ethics committee. The deemed approval reduces the credibility and encourages unethical and illegal trials to take place. If this proposal is passed, it would be a major issue.

Another issue is the injury faced during the trial. The injury checked is only physical and not mental, social, or economic. There is no assessment done considering all aspects even though the regulations ask for it.

Acknowledgment: Apoorva Ramachandra is a Research Intern at IMPRI.

YouTube Video for Ethical Challenges in Clinical Trials: With a Focus on Drug and Vaccine Trials