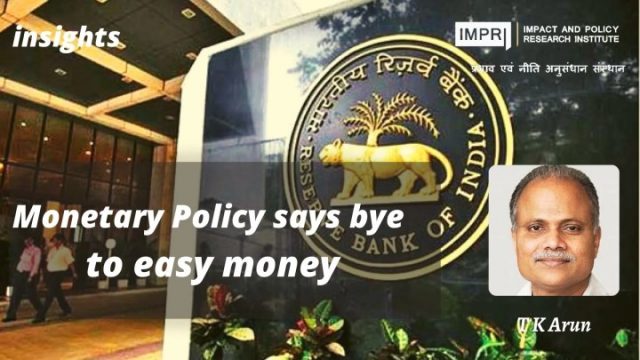 By replacing the reverse repo rate with the Standing Deposit Facility rate, the RBI has managed to raise the base lending rate in the economy, while seeming to hold policy rates static.

RBI governor Shaktikanta Das is increasingly revealing himself as a master of the Panglossian spin. He has raised the base lending rate in the economy by 40 basis points, while seeming to hold the policy rate static: the repo rate stays at 4%, where it has been since the beginning of the pandemic.

When a magician makes some moves he does not want the audience to notice, he diverts attention — normally by turning the spotlight on some manoeuvres by his attractive assistant. Some such magic has been performed by the Monetary Policy Committee of the RBI. Nominally, it has kept the repo rate and the reverse repo rate untouched, at 4% and 3.35% respectively.

However, the reverse repo rate is no longer what it used to be. Its former function has been handed over to a new member of the monetary policy cast: the standing deposit facility (SDF) rate, which has been pegged at 3.75% — 40 basis points higher than the reverse repo rate when it used to serve as the base lending rate. So, effectively, the MPC has started tightening monetary policy, even while giving the impression to the general public that policy rates have been kept unchanged.

Accommodative, with a rider

The monetary policy stance stays accommodative, but with a rider. “The MPC also decided unanimously to remain accommodative while focusing on withdrawal of accommodation to ensure that inflation remains within the target going forward, while supporting growth”.

If you are an inflation hawk, you pick on this bone thrown at you: the policy stance is focused on withdrawing accommodation to stifle inflation, should it go out of hand. If you are an industry association seeking the oxygen of low interest rates and easy access to credit, as you struggle not to drown in a turbulent sea of rising commodity and energy prices and shrinking global growth, you can look at other items on the Panglossian smorgasbord: static repo and reverse repo rates, accommodative policy stance.

The rate at which a bank can borrow from the RBI has to be kept above the rate the bank can get on the money it lends to the RBI — otherwise all a bank needs to do to turn in a profit is to borrow from the RBI and lend the amount back to the RBI. The reverse repo rate serves as the minimum rate at which a bank would lend to anyone — even if you are an industrialist with a name that has three syllables and begins with an A, you carry some risk and, so, will bear a borrowing cost higher than the deposit rate offered by the RBI.

When the rate offered by the RBI for deposits goes up, the base lending rate goes up, and so will all other lending rates that are pegged higher, depending on the degree of risk attached to the borrower in question.

Easy money to tide over the worst of the pandemic has resulted in a liquidity overhand of ₹8.5 lakh crore, says Governor Das. This money would gradually be sucked out of the system, making asset prices fall, using the variable-rate reverse repo auctions for variable terms. At the same time, money would not be lacking to finance growth, promises the Governor.

So how do we assess the RBI’s attempts at magic/politics? Growth needs investment. Capacity utilization of industry has gone up from pre-pandemic lows, but remains below 75%. Except in some sectors, industry is unlikely to add to capacity — unless they see demand being generated by an exogenous push.

Such a push is what the promise of stepped-up capital expenditure by the government represents. The RBI has introduced a stratagem of allowing banks to hold more bonds to maturity, hoping this would be an incentive for banks to invest in new issues of government bonds, to help finance the government’s borrowing programme.

Supply side price shocks should not be choked off with higher policy rates. These need to filter through the economy, and force adjustments all along. The second-round price increases are the ones that have to be squeezed out with higher rates of interest. Some prices have already risen. The RBI’s timing of policy tightening cannot be faulted overmuch.

We might fault the RBI for its illusion of holding rates steady, possibly to soothe the nerves of stock market investors, even as it effectively raises rates, to keep the bond market viable. But it has to keep calibrating its policy response, to keep price rise reasonable while still making liquidity available to feed growth and maintaining financial stability.

Increasingly, the RBI is openly chasing its real, multiple goals, rather than obsessing over inflation alone. This is a good thing.

Also written by author ‘Will Russia Support India in an Indo-Sino standoff?’ on IMPRI website.