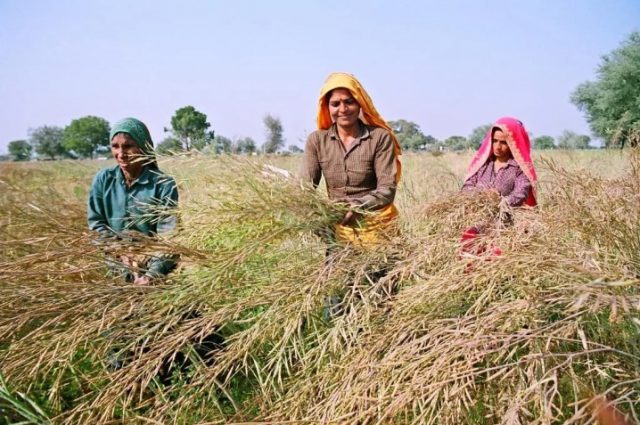 The Covid-19 Pandemic posed a devastating impact on the socio-economic vulnerable segment of the society in terms of health, employment and welfare. In this light, the nation pinned its safety and security on the Booster Budget. To understand the key takeaways from the Budget 2022-23 in this context, the IMPRI Center for Work and Welfare (CWW) organized a panel discussion on Employment, Livelihoods, and Union Budget 2022-23 under The State of Employment and Livelihoods – #EmploymentDebate series.

The chair, Ms Prabhu clears the misconception at the beginning of the discussion regarding growth that’s said to be 1.26 times more than the pre-Covid times just based on the values of the GDP, when pre-Covid times itself wasn’t a healthy indicator because of the already existing unemployment, decelerating growth rates and inequality.

She brings up the issue of averages in a complex country like India. Poverty estimates by the World Bank indicate that people below the line of $3.20 per day for a middle-income country are poor, which should actually be taken as the estimate for India. However, in case we take the poverty indicator for a lower middle-income country of $1.90, we find approximately a whopping 450 million people (informal sector, unemployed) between $1.90- $3.20.

The discussion was urged to be looked through the lens adopted to achieve the means to end, inequality in the social sectors and the magnitude of the impact to ensure development.

The panel discussion started with Dr Sandhya Iyer, who stated that this Budget shouldn’t have been framed like a booster budget, rather a reconstructive budget that meets the medium-term goals. With digital technology expansion, the financial structure policy mostly benefitted the medium scale enterprises as there was a large gap between outlays and disbursements. As a labour economist, she finds that the structural conditions aren’t something that will change the employment numbers in the market.

She finds that the allocation for the MSMEs is in the proportion of 40% for the medium, 20% for the small and a very minimal percentage for the micro industries. This point had been unequivocally accepted by all the panellists. There has been an unequal distribution of technology in capital and enterprises, more financial support was hoped to be provided for the agricultural sector.

She also stated that surprising no allocation was made for a gender budget and finds a disparity that there has been a rise in women entering into the labour market but not being provided with adequate jobs. Little mention has been made about preventive and protective social security in the Budget and she points out that at a time of crop failure along with building value chains in agriculture, budget allocations have come down to 40% not supporting the farmers.

On a rather disheartening note was the fact that the allocation made to the MGNREGA workers has been reduced to 25%, creating more problems in the employment and sustainability in rural households.

The strategy of the budget, according to Dr Radhika Kapoor, seemed to focus on the aspect of livelihood to boost the capital expenditure and in the process of creating the demand, crowding in private investment in the long run. However, she was doubtful if the govt had the capability to spend the capex since the ability of the state to spend was also limited. Another aspect was providing opportunities through public investment for employment. She found a dichotomy that the capex of public sector enterprises has declined from 5.02 RE to 4.69 BE in the coming financial year.

She seemed to agree with Ms Prabhu when she says that the GDP cannot be taken as a measure for evaluating the economy because of the discrepancies involved. According to her, tackling inequality is important from the consumption, as well as the social and ethical dimension. She strongly urged that the reason why India is not able to convert its comparative advantage of labour into a competitive advantage is that it hasn’t invested much towards education and health. She had suggested linking PLI and other such schemes to employment, given that it had been allotted 2% of GDP.

Dr Amrita Pillai applied the socio-legal lens while studying the Budget and highlighted the aspect of labour codes and their coverage in the current Budget.

She pointed out that the Finance Minister’s promise of providing 6 million jobs for all in the next five years seemed to ignore the existing shortages of employment. India is already having a lower labour participation rate and employment, especially among the youth, has been leading to a shrinking labour force. As per CMI labour participation estimates in 2017, it was 45% and has come down to 40% in 2021. The participation and income of people in the labour force are necessary to form a cohesive framework.

Ma’am also guessed that there hasn’t been a mention of concurrent subjects like labour in the budget because of the upcoming elections. She points out how the lens of an employment-centric growth agenda is missing, but also emphasises the need to move towards a policy covering income security in terms of, the quality of the employment.

As a practitioner herself Dr Sonia George who works with the informal labour force found the budget to be disappointing. She quotes the Finance minister’s words and which meant that people need to wait for their needs to be fulfilled. She was upset by the lower percentage of MSPs, lesser allocation to MGNREGAs, no mention of the PDS and food security which were highly expected. She had mainly focussed on the linkages between the micro and macro industries.

Questioning the Echos of the Budget

Prof Sunil Ray questions if had there been no budget, the same questions raised by the panellists would persist. For instance, growing inequality, the worrisome unemployment rate, poverty, malnutrition and social insecurity have been vocal topics for debates among experts and practitioners. Unfortunately, the Budget has given only marginal attention to these pertinent issues.

The problem is rooted in politics, rather than economics. The functioning of industries and businesses is up to the private sector and not the responsibility of the government, that is, up to the market economy. If this is so, then what is the need for a comprehensive and inclusive Budget?

There is a need to acknowledge and understand the structural change in society and the economy. Thus, competing for a few per cent in the Budget turns meaningless.

Acknowledgement: Karnika A is a Research Intern at IMPRI.