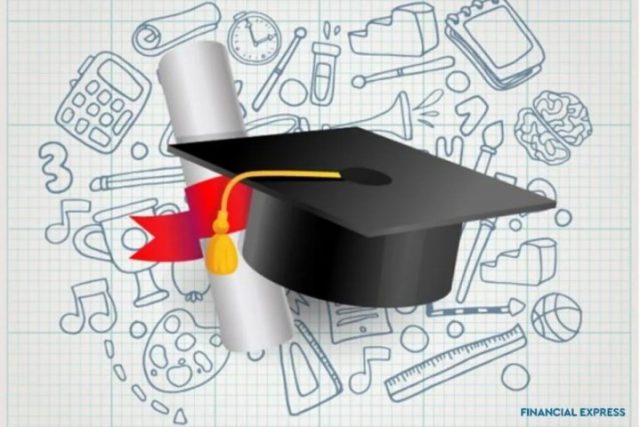 Highlighting the importance of the education sector and addressing the budgetary allocation associated with it, #IMPRI Center for ICT for Development (CICTD), IMPRI Impact and Policy Research Institute, New Delhi organized a panel discussion on “Education and Union Budget 2022-23” under the series The State of Education – #EducationDialogue on February 5, 2022.

Prof Sachidanand began by mentioning that there is an increased number of challenges and a remarkable shift in the education sector since the past two years due to the pandemic. He highlighted the increase in budgetary allocation by 11.8% for the sector. He expressed his concerns for over 250 million students affected adversely and need to catch up largely through government initiatives. An important question he brought forward in the context of an increased shift towards privatization was whether this shift is equitable and accessible to all.

Dr Protiva stated an exposed fault line in the delivery of public provisioning for the social sector during the pandemic. According to economic survey data presented by her, there has been a decreasing trend in the distribution of funds for the education sector for the last seven years. She further discussed four backdrop reasons to be kept in mind for this budget – 1. School education before the pandemic. 2. Unequal cost of school closure. 3. Reopening of schools. 4. Rolling out NEP.

Further, highlighting various reports by universities, organizations and institutions related to studying the impact of the pandemic on school children at multiple levels she expressed her concern about the absence of this research at the PAN India level. Dr Protiva commented that responsibility lies more on the state government for the achievement of the NEP 2020 target of 6% of GDP on education as we see that currently only 4.41% of GDP is spent on it and of which only 2.8% of GDP is spent on school education.  Furthermore, she focused on and discussed Samagra Shiksha Abhiyan.

Prof Protiva raised a very important question on the inclusivity of the budget w.r.t girls, SC, ST and disabled children. She mentioned the slash in the budget related to PM eVIDYA and criticised the proposal of increasing TV channels pertaining to education when only 5.5% of students studied through these TV channels. Prof Protiva expressed school as an important platform for socialization and lack of accessibility, availability and quality of data as a serious problem for public domains.

Critical areas of the Education Budget

Prof Mona Khare addressed the need to work for the holistic growth and expansion of NEP (2020). She began her discussion by weighing the promises mentioned in National Education Policy w.r.t to budgetary allocation for the sector. She expressed her concerns about the digital divide and the lack of will to bring students back to school atmosphere due to increased digitization policy and e-learning promotion. Her concerns focused on students not having a holistic learning environment, lack of nutritional and health counselling support.

Prof Mona stated this budget as not rightly addressing immediate action plans for skill-based education. A very important point welcomed by Prof Mona w.r.t Union Budget 2022-23 was the recognition for early childcare and education. With the discontinuation and reduction in allocation for weaker sections of society, she posed a question on the equitability and inclusivity of budget.

Certain more issues raised by Prof Mona relates to lack of training and equipment of teachers for digital revolution in the sector, reduction in share for higher education and delayed fellowships and scholarships as a part of research fund. She stressed upon the existing digital structure being dominant by private service providers and with increased corporate involvement in schools and higher education she fears for equitability and inclusivity.

Prof Khare terms this futuristic growth as biased and not so inclusive as with the introduction of niche courses and world-class universities it might benefit only a few students. According to her, holistic growth is dependent more on the digital aspect. She suggests prioritizing the 3.0 formula and focusing on vulnerable sections and regions.

Prof Saumen began by stating the linkage between NEP and budget this year as weak and there is a need for re-conceptualization or re-structure in the higher education sector. He stated how the purpose of education has now been re-oriented towards skill education. Prof Saumen discussed the Academic Bank of Credit and the flexible mobility of students associated with it.

Talking about the digital divide due to the adoption of technology and digitalization in the sector he stated how classrooms now have expanded to be labelled as “global classrooms” with an increased number of attainment sources and flexibility for students. He stated or re-defined online learning based on space, time and quality.

Later, he mentioned how India aspires to grow globally with increased budget allocation for World-Class Universities, Internationalization and opening campuses abroad and questions whether globalization is good or bad. Prof Saumen clearly states India’s ranking priority towards education as first being global, then national and lastly local. He expressed his concern over India’s inability to realize the level of expenditure to be involved for digital growth at the local or national level.

Dr Y. Suresh Reddy began by mentioning the need to focus on school learning with proper utilization and allocation. A very important point highlighted by Dr Reddy was that till date, only 25.5% of schools comply with the standards and norms of the Right to Education. Considering the pandemic he expressed his concerns over the increased gap in learning, nutritional gap, impact on well-being and delay in the progress.

Dr Reddy talked about how schools in India are divided into four categories based on financing and stated that low budget private schools and state government schools were the most stressed and were deprived of capabilities to digitize education. He commented on the focus of government towards “One TV per Class” as an outdated approach and lack in effective communication from the teacher’s side with the technology savvy generation. Later, he suggested the need for transformation reforms to enhance digitalization and reduce the gap between teachers and students.

Dr Reddy stated that transformation both academic and physical level requires increased allocation in budget and with the current budgetary allocation he highlights the political will and efforts associated with the sector.

Prof Sachidanand concluded by expressing his concerns over challenges in the sector and the need to address the increasing disparity, focus on the “strong foundation” for education. He stated how India has potential and the cultivation of efforts needs to be done in the right direction and dismissed the criteria of labelling certain segments of society and treating them as second-class citizens.

Acknowledgement: Sunishtha Yadav is a Research Intern at IMPRI