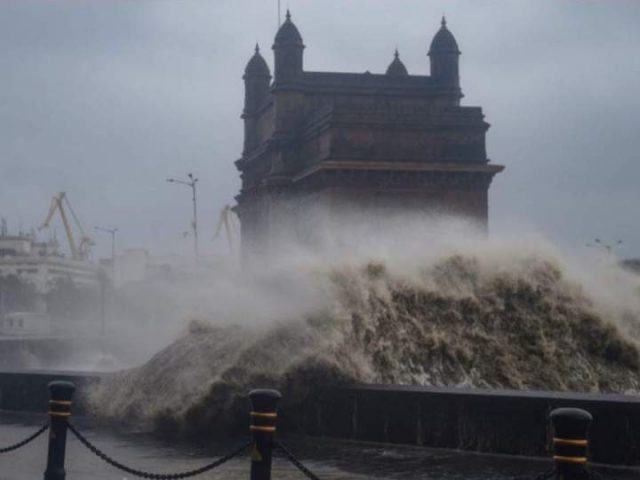 Over the past few years, we have witnessed a series of devastating climate disasters in various parts of the world that led to wide-scale destruction and loss of livelihoods. It is indisputable that changes in the global climate have amplified the risks of climate hazards and extreme weather disasters. These calamities have not only made us revisit our practices and work towards sustainable development but have also raised questions on our current disaster resilience plans.

On the 13th of October, which is celebrated as the International Day for Disaster Risk Reduction, the IMPRI Center for Habitat, Urban and Regional Studies (CHURS) organized a panel discussion on ‘Disaster Resilient Spatial Planning: Perspectives on Local and Regional Governance and Impact’. This discussion was held as part of the #WebPolicyTalk series #LocalGovernence.

At the outset, the IMPRI team introduced the panelists, the discussant, and the session moderator. Tikender Singh Panwar, the moderator of the session, initiated the discussion by talking about the importance of disaster risk reduction in the context of the loss of lives and livelihoods due to climate change and weather-related disasters over the years, and the theme of 2021, which is “International cooperation for developing countries to reduce their disaster risk and disaster losses.”

He stated that this day is about designing strategies to meet these challenges by focusing on the extreme vulnerabilities faced by different sections of society. He further mentioned the Sendai Framework and the need to identify where the challenges lie and the problems that arise while mapping the risks and vulnerabilities.

It is, however, equally important to note that even though many cities in India have hazard risk vulnerability assessments, the problem arises while deciding what has to be done next and by whom. Hence, the focus of development, disaster risk reduction, and disaster response plans should be on how to assess, build the capacities of people belonging to different communities and reduce both monetary losses and loss of lives and livelihoods.

Talking about the sudden increase in the acknowledgment of the problems faced due to calamities and climate change and why it is crucial to address these issues more than ever, Prof Tathagata Chatterji stated that very few steps had been taken to address these problems until recent times and the COVID-19 pandemic has brought the issue of disasters to the front pages.

It is evident that urban areas have been the most vulnerable worldwide in the context of the COVID-19 pandemic and at the same time, coastal cities in India are at high risk of facing climate change disasters. He discussed the need for urban resilience and sustainability plans as disasters and their impact are not uniform over regions and the people at risk mostly belong to the urban areas and the informal sectors.

Prof Tathagata further mentioned the role and outcomes of spatial planning and the problems that arise due to data gaps while measuring the size of the informal sectors. Disaster risk reduction plans should not only focus on resilience but also on urban poverty and the associated risks, which are magnified due to deficiencies in spatial planning and result in high informality among sections of the society.

One of the major issues in spatial planning in India is that it has exclusively focused on land use categorization and informality has always been considered transient. As per Prof Tathagata, policymakers need to address the problem of urban informality through the planning processes and design a framework that engages with urban social and economic issues and then focus on other aspects such as land use.

Dr. Divya Sharmastated that people are central to climate change because people do not own their city, and the vulnerability faced by them is caused due to various factors such as the designs and functionality of plans and government mechanisms. She further highlighted the importance of empowering municipal and development authorities and why it is important to look at urban planning from a regional perspective.

She discussed her research paper that focused on mainstreaming climate resilience into development planning mechanisms and why we need to have inclusive and functional disaster-resilient cities. Dr. Divya also stated that these plans should focus on, rather than disregarding the interaction between nature and human life.

The role of Technology and Government

Dr. Nivedita P. Haran mentioned, from the perspective of provincial governments and how they function, the role of technology in spatial planning and spatial mapping. She discussed the significance of geospatial planning in disaster preparedness and disaster resilience building.

Delving deeper into the discussion, she talked about task force models that were started in Kerala and how they function during calamities. She highlighted that some of the problems that arise while talking about urban planning are lack of inter-departmental and inter-agency coordination, politicking, politicized disaster management systems and institutions, and lack of delegation in both government and non-government organizations.

Bedoshruti Sadhukhan spoke about issues that urban municipalities face while focusing on disaster risk reduction that range from capacity level to lack of interdepartmental coordination, jurisdictional limitations, and the inability to link technical knowledge to disaster management, climate resilience, and sustainable development goals. She further discussed the role of ICLEI in urban development projects and why it is necessary to engage people from different communities and experts in development plans.

Aravind Unni added that planning is an extremely powerful tool and it is critical to reclaim it and engage with communities while working on development plans. He highlighted that we need to understand the intensity of the challenges faced by people in urban areas and the informal sectors. He emphasized the necessity to revisit the current urban planning and disaster management practices from a community perspective.

Aravind Unni summed up the entire discussion by stating the need to decentralize disaster response, preparedness, and mitigation plans. He also mentioned why the idea of Atmanirbhar Bharat is the way forward and the significance of community strength and response plans that are tailor-made to meet the challenges posed by different calamities.

Bedoshruti Sudhakhan concluded by saying that we need to understand the cross-cutting nature of disaster resilience, climate resilience, and urban development and take inputs from all stakeholders while developing disaster risk reduction plans.