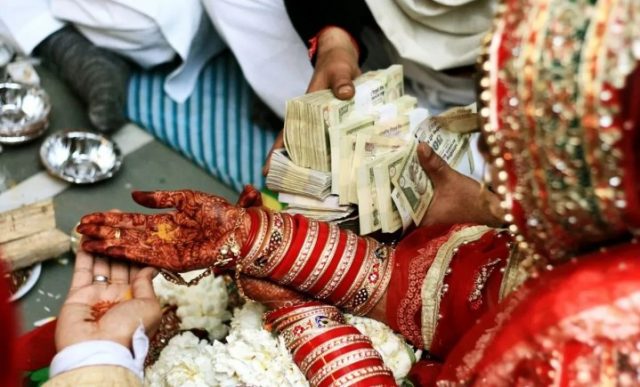 Talking about an evil ever-persistent in our society and highlighting the presence of toxic patriarchy, #IMPRI Gender Impact Studies Center (GISC), IMPRI Impact and Policy Research Institute, New Delhi organized a panel discussion on Destroy Dowry: Annihilation of Greed and Toxic Patriarchy in India under the series The State of Gender Equality – #GenderGaps on May 4, 2022. The chair for the event was Prof Vibhuti Patel, Former Professor, Tata Institute of Social Sciences (TISS), Mumbai and a Visiting Professor, IMPRI.

Prof Vibhuti Patel started her discussion by defining dowry and stated the practice was earlier followed only among aristocrats but later, with time, became generalized among all castes and groups. She commented on the brutalization of the bride by the greediness for dowry and talked about how dowry demand can escalate violence. The current condition highlights that husband’s family should be given compensation in the form of dowry. Many deaths due to dowry have been addressed as kitchen accidents. Prof Vibhuti lastly talked about how a marriage foundation should be based on respect, love, and care and not on the dowry or monetary valuation of the bride.

Ms Kulkarni stressed bringing a change for youngsters in multiple ways. She started her discussion by focusing on banning Kanyadaan as according to her, this practice designates a bride as an object which is donated to the groom’s family. She believes that there are many rituals which need upliftment or abolishment as they encourage inequality, for instance, a woman changing her surname after marriage. Another important aspect she focused on was how weddings today are very expensive and pressurize the bride’s family in many ways. She stressed more awareness programmes related to dowry and Streedhan and asked to celebrate 26th November as Dowry Day.  She concluded by saying that girls are not a burden on the family and that boys should support women and encourage them.

Dr Bharti started her discussion by stating that dowry was and is still present, no matter how educated or developed the families are. Although dowry cases are less when compared to violence cases after her investigation, she found that the root cause for violence in the majority of cases is dowry. She stressed the fact that in terms of dowry, it doesn’t matter how educated people are, as even highly educated people follow such practices. She asks the men to understand the real value of a woman and concluded by asking us to focus on mindset change and an integrated approach.

Starting her discussion by highlighting why only women are asked to adjust all the time, Ms Kamal said that majority of dowry cases are registered indirectly in the police station. She discussed in detail the practices in Gujrat and highlighted the fact that these days wedding expenses are too high, and the bride’s family is obliged to do that along with the expenses demanded by the future in-laws. She questioned whether marriage is the sole objective of a girl’s life. She claimed that the girls need to be independent before considering their decisions about marriage.

Adv Celin started her discussion by defining dowry and streedhan in a legal way. She then moved towards discussing the Dowry Protection Act (DPA), 1961 and in detail talked about legislatures and provisions of this law. Adv Celin then shared the  National Crime Records Bureau (NCRB) data and stated that although dowry deaths have been declining for the past three years, it is still prevalent. She thinks that there is less stigma and more status attached to this problem. She discussed the administration of justice, the evidence which is counted as proof under DPA and the court’s decision in some dowry cases. Lastly, she concluded that religious places should come forward and contribute their role in making people understand and spread awareness, stigma of live-in relations and taking divorce is going away.

Ms Shalini started her discussion by highlighting that the patriarchal mentality is persistent even with high education and high incomes. A very important point brought by her was that in a recent survey people below the poverty line decreased due to measures by the government, but after some time they were again below the poverty line; the potential reason could either be the medical expenses or wedding expenses. Talking a bit about legality she stated that DPA alone isn’t sufficient and needs support from other sections. She suggested giving some allowance to section officers and that the wedding guest list should be reduced. Ms Shalini believed that urban exposure or geographical change for a girl from rural villages makes them feel more independent. She highlights how youngsters today fear marriage and questions whether we, as a society, are doing right. She concluded by stating that the National Education Policy should bring ways to improve girl’s life and asked the government to celebrate 26th November as Dowry Day and limit the gift exchange at weddings.

Prof Vibhuti concluded by stating that we need to focus on simpler weddings. Education and awareness are strong pillars which need to be executed rightly for girls in tier-2 and tier-3 cities. She asks to make girls independent and not agree to dowry centred marriages. She emphasised understanding the real foundations of marriage, i.e. trust, respect, care and not support dowry.

Acknowledgement: Sunishtha Yadav is a research intern at IMPRI.

Youtube Video for Destroy Dowry: Annihilation of Greed and Toxic Patriarchy in India on IMPRI #WebPolicyTalk