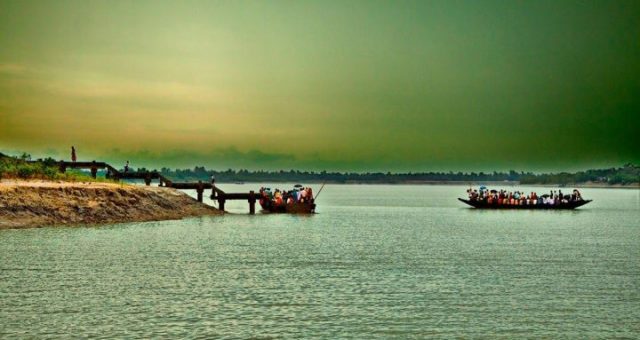 India is a nation full of the natural delta, where not only the flora and fauna is rich but the human population as well, like in the Sundarbans delta, but the life of the human population in these areas are miserable not only because of low human development in the area but also the impact of ecological changes have possessed a great challenge in front of them to earn their livelihood which has resulted in large scale migration as well.

What is the delta vision 2050 and how does it make the lives better for the people, to bring light upon the same,  the Center for Environment, Climate Change, and Sustainable Development (CECCSD), IMPRI Impact, and Policy Research Institute, New Delhi have organized a special lecture on “Delta Vision 2050: policy, practice, and people“, under  #WebPolicyTalk under The State of the Environment – #PlanetTalks with Dr. Debjani Bhattacharyya and Dr. Megnaa Mehtta.

A vision to conserve biodiversity and livelihood

Starting with the moderator of the session Dr. Simi Mehta stated that Sundarbans is the largest mangrove forest in the world and actually home to over 4 million people who inhabit almost 50 islands that are spread across the sovereign territory in India and Bangladesh. However, the majority of people live their lives in utter misery and poverty which are widened by natural disasters and environmental extremes exaggerated by climate change. This leads to large-scale migration from the islands to the mainland in search of decent work and shelter turning them into environmental refugees. Delta Vision 2050 was launched to address the difficulties faced by the people with the aim to improve their condition and also to protect Sundarbans.

What is the vision delta 2050 and how it could be improved?

Dr.Megnaa at first, gave a basic understanding of the 2050 delta vision itself, as it is an important region to the ecology of the whole area, but this area is quite vulnerable. These are endangered by floods and water overflows, but these have become quite prevalent in recent times because of climate change to tackle the issue this vision was created.

This vision, which was made by the WWF, is a phased plan in which, the population living in the area would leave the same and this would find shelter in the neighboring districts, then mangrove restoration would be started, various settlements in the area would be converted into a forest itself.

The main goal is to promote the ecological environment of the place and increase tourism which will eventually promote mangrove regeneration, which depends on when the area is evacuated. She criticizes this approach and states the lack of environmental humanities has led to such an approach which led to distorting many settled lively hoods. She also brought to attention that how tourism can threaten nature as a whole and how could it impact the Sundarbans itself and how it could change things, which needs to be looked over.

She goes ahead and explains what kind of differences and problems people who are getting displaced could be facing because of moving them, and how currently the state is not supporting them. She also unfolded that plan focuses on the economic development of the areas which could be very problematic because at first, the economic quest brought the condition to the area. She adds that the delta is difficult and developing it is not easy.

Role of collaboration between nations and projects to change the outcome.

She goes on explains how the corporation between India and Bangladesh to develop Sundarbans, could differently change the area, and how it is very essential rather than betterment. She goes and explains how there is a difference in the approach in both the nation of the economic explanation of the area and how the Indian approach to understanding this leaves out various social and political factors along with some specialized economic damages.

She also talks about how the mobilization of the whole population of the area could differently impact people with different economic backgrounds. She brought the issue of climate change and how the next couple of decades are so important for it, she also brings a point of implementation of climate emergency. She brought how removing the population from Sundarbans would change and impact the area from worse, rather than for good. She used her understanding of how the river of Delaware was cleaned up to use and clear up the whole Sundarbans area.

She also talks about how this forest could work as carbon sync, which could absorb and reduce carbon emissions, this is a major step taken by the Bangladesh of carbon mitigation and showing exponent results, but some reports have brought how would it make the forest depends most marginalized and vulnerable. She further goes and how the development of the nation, the tribal and forest residents have congruously given their land and were treated badly by the state for the redevelopment of the community.

An important social and economic resource base.

He highlights how the ecosystem of Sundarbans has influenced the economy and consumer products which are made in Bangladesh. He also brought how natural calamities like storms brought difficulties for the people living in the region, and how the changes brought by its influence the economic activities not only in supply but in long-term damages. He further revolves what would be the impact on the economy if the area of Sundarbans was removed. He goes about to state that how the relocation of the population would not only damage them but how their very pristine culture would be changed and their land would be snatched from their hands.

Dynamics and Vulnerabilities of Delta

Further, Dr. Debojyoti das presented how essential these discussions are, and how these debates could be great. Rather, he brought to light that the sociological perspective of the people should be brought and should be given importance in the policymaking and instituting them.

Highlighting the insights about the issues and points that were brought out by the discussants. Dr. Debjani talked about how the important issue of how migration could be a task in India’s contested political climate, how this xenophobic Bengali identity has changed the land conflicts in this delta. She also brought the issue of Australia and the sale of coal and the nation’s ignorance of the climate conference, and she emphasized the change in the nature and style of living that is very much needed in the global north, which would only lead to the development of the global south.

Dr. Megnaa then brought the important ecological insights and how the perception of the people regarding the Sundarbans has been the same, regarding the flora and fauna, it is the essential part, but they can’t ignore the inhabitants of the are which are living there for centuries.

She also brought her observations while working around Sundarbans, rather how difficult living in the area is for the normal citizen when the large fold of the wildlife lives in the area. She also brought how the living of the citizen of the area is not divided by the border, but they live life as living in the same country, but the recent development of this fluid border and the presence of border security force and complete militarisation of the area have made life difficult for them.

Answering a question about the nature of the moving border of Sundarbans, she tells how this moving border is essential in their life, in their day-to-day relations since many deceased and how have they acquired this way of living. How this is not possible to put them in an urban area would disrupt their way of living and manner of living.

Answering the question on labor rights and the issue of the informal sector, how it is largely ignored, and the right of laborers who are left unprotected by them. They also believe that the people living in the Sundarbans should play a good role in promoting policy in their area because their living hood is quite difficult than any area, with the help of various experts in marine biology to policymakers.

At last, all the speakers presented their concluding remarks and arguments but also suggested their way forwards for the more equitable development of the area, it was suggested to use citizen science, change the approach of policymaking, inclusion of sociological environmental studies of the area is needed with a better macro-level understanding of the implications.

“We need to have trans-regional and transboundary research.” Says Dr. Debjyoti.

“There is a need for observing and learning from indigenous communities of delta rather than intervening with ideas of displacement and replacement.” Says Dr. Reazul.

Acknowledgment: Ayush Aggarwal is a research intern at IMPRI