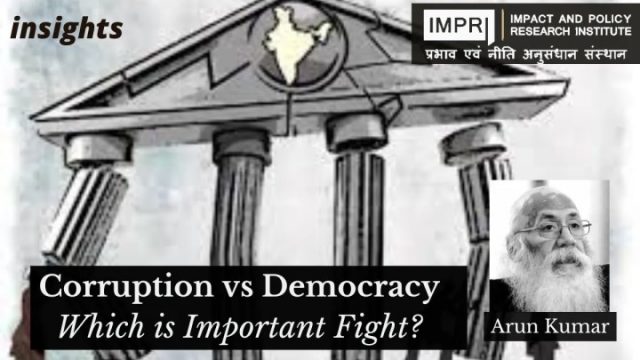 The ruling party justifies the actions of ED, CBI, and the Income Tax department by arguing that these are independent agencies. They dismiss the harassment of the opposition leaders and others by calling it a fight against corruption.

The Supreme Court verdict on the Prevention of Money Laundering Act (PMLA) has sanctified its draconian provisions. The opposition which is facing the brunt of these provisions has criticized the judgment while the ruling dispensation is highly pleased. A seal of approval has been put on the recent actions of the Enforcement Directorate (ED). The provisions of PMLA are such that there is little escape. So, opponents have been arrested/harassed or silenced or have switched sides to join the ruling party which then has toppled governments in the opposition-ruled states. Considering the misuse already visible, the judges could have weighed in on the laws and protected the fundamental rights of the citizens guaranteed by the Constitution.

The ruling party justifies the actions of ED, CBI, and the Income Tax department by arguing that these are independent agencies. They dismiss the harassment of the opposition leaders and others by calling it a fight against corruption. No one can deny that wrongdoing has to be punished and corruption impacts the common person adversely. So, reducing corruption is arguably a pro-people policy.

The draconian PMLA was brought in by the opposition when it was in power and has been strengthened over the years. FERA 1973 was replaced by FEMA in 2000 and PMLA was introduced in 2005. FERA was tough on businesses but FEMA was weak and was buttressed by PMLA. It need not have been draconian but those in power wanted to use it against their opponents.

The recent unearthing of mountains of cash by ED from the properties of a West Bengal Minister’s aide strengthens the ruling party’s case that the government is on the right track in checking corruption. It also confirms the public perception of misuse of power by those in positions of authority.

Therefore, on the one hand, there is the fight against corruption and on the other hand the weakening democracy. Which is the more crucial issue to tackle, money laundering or political laundering and the decline of democracy? Undoubtedly there is critical inter-linkage between them.

The black economy undermines democracy in myriad ways. By undermining elections and institutions. It undermines governance and development resulting in people losing faith in the leadership. It weakens resistance to illegality and encourages more people to join the corruption bandwagon. By causing untold difficulties to people it leads to the loss of credibility of institutions. It also thrives on undermining accountability all around.

A functioning democracy is the only defense an average citizen has against the overbearing government, compromised institutions, and the rapacious corporate sector. Hence checking the black economy is crucial for strengthening of democracy and providing succor to the citizens.

How is this fight to take place? Those in power would not be interested in checking the black economy since they are its principal beneficiaries. They get vast sums of money for themselves, their family, cronies, and their party. Above all, they can use the agencies and institutions to trap the corrupt opposition leaders to prevent them from raising their voices against corruption.

No wonder, those in power fight a partisan battle against the black economy. Secure in their control over their agencies, they can boldly generate black incomes while simultaneously catching those opposed to them. Effectively then, this is no fight to control and reduce the black economy which is at the root of undermining of democracy.

The more entrenched a government the more it can play this game and damage democracy. The show of tackling the black economy is good propaganda for the ruling party since it can claim to be strengthening democracy while weakening it. After all, democracy is not an endpoint. Society is either moving towards strengthening or weakening it.

History shows that dictators and autocrats become highly corrupt. Examples from Indonesia, the Philippines, Pakistan, Egypt, and Nigeria abound. In India, Rajiv Gandhi with an unprecedented mandate in Parliament also got entangled in big corruption.

Need a Strong Opposition and Accountability

Democracy can only be strengthened by a strong opposition that can hold the rulers to account. It is a check against arbitrariness and misuse of power. The selective push against the corrupt which undermines the opposition weakens democracy.

One cannot hold a brief for the corrupt in the political class whether from the ruling dispensation or the opposition. But, the fight cannot be one-sided. It is in the logic of the situation that the ruling party will not admit to its own corruption. It will not allow information about its own corruption to leaking out by holding the people who may know under tight control and preventing information from being revealed under the right to information – effectively undermining it.

An important aspect of the black economy is that it sets back current development. Whatever damage has happened in the past cannot be undone by current actions against those who had indulged in it in the past. It is not to say that past actions of the corrupt should be condoned. What is required is to check the current black income generation – that is even more important. But the ruling dispensation will never be interested in that unless forced by the opposition.

The public could demand accountability from its rulers and the democratic institutions. But, it is now tired and has given up. It does not even protest on its core issues, namely, unemployment, inflation, poverty, and growing inequity.

A fight against black income generation cannot be either a one-shot affair like demonetization or action solely against the corruption of the past rulers. Any serious fight against black income generation requires action against its current generation. This will not happen with a weak opposition that cannot call the rulers to account and with a public that does not demand accountability.

This article was first published in HW News as Fight Against Corruption Vs Saving Democracy: Which Is Critical? | ED | CBI on August 8, 2022.