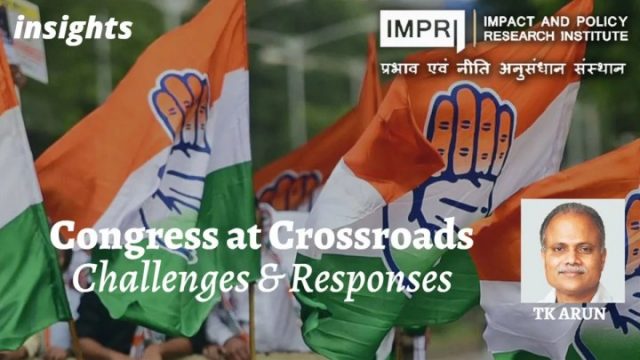 Good news for Congress. Of course, not from Gujarat or Delhi. But from the world of science.

In 2021, Russian scientists brought back to life zombie planktons called Rotifers that had been dead for a thousand years. Under Rahul Gandhi’s inspired leadership, the Congress has officially entered the Zombie zone, turning itself into the living dead. Rotifers, and hyperventilating AAP leaders trying to explain away the party’s failure to live up to the hype in Gujarat and Himachal Pradesh, testify, respectively, to the possibility of the future viability of the lifeless of the present, and the vulnerability of non-native species in ambitiously new environs.

Isn’t it too harsh to compare Congress to a Zombie? After all, the party has retaken Himachal Pradesh and some Muslim-dominated wards in Delhi. It is winning a by-election in Chhattisgarh, as well. Sure, these signs of life matter. These tiny victories are what justify the living bit in the living dead.

In Gujarat, Congress had secured 41% of the popular vote in 2017. That proportion would appear to have come down by some 14%, ceded, for the most part, to AAP. The BJP’s vote share has actually gone up, from 49% in 2017 to more than 52% in 2022. Of course, the overzealous campaign of the BJP, led by Prime Minister Modi, and the Congress campaign that eschewed zeal in favor of zen, might have turned off a great many voters who had voted in 2017 but settled for watching the World Cup in hyper mode at home this time round, leading to a much lower voter turnout.

In Gujarat, Congressmen struggle to identify their leader. The leaders whom Rahul Gandhi had thrust upon the local party unit have not impressed: Alpesh Thakur and Hardik Patel are today gladiators for the BJP.

Perhaps, we are being too uncharitable to Rahul Gandhi. Not every leader he favors moves to the BJP after leading the state party to an electoral rout. The leader whom he had imposed on the Punjab party, Charanjit Singh Channi, moved after losing the assembly election, not to the BJP, but out of the country.

Nor are those drawn to the BJP the only kinds of leaders favored by Rahul Gandhi. He surrounds himself with leaders who cannot win a popular election. From them, he selects one to head a state party or as the central party observer in charge of a state unit. Bhakta Charan Das is so effective with Congress leaders of Bihar, of which he has been put in charge, that he does not dare to visit that state.

The leaders whom Rahul Gandhi seems to dislike are old Congress war horses, who can strategize a campaign or plot a minor coup within the party. They lack spit and polish. How can Ashok Gehlot compete with Sachin Pilot or Gaurav Gogoi in this department?

But Ashok Gehlot has the rich experience of working as a Congressman and rising through the ranks, working among the people and winning their confidence as a politician should, instead of being imported into the party as a completely built-up neta. Rahul Gandhi, it must be conceded, had the decency to arrive in the Congress as a semi-knocked down unit and allowed time and some experience to add value before claiming to be finished good, that is, leader in the present case.

But he is in a hurry to impose his CBU leaders on different state units, to alienate traditional Congressmen, destroy morale and reap defeat in elections.

A remarkable Rahul characteristic is disdain for real-world education. In his Bharat Jodo  Yatra, he and fellow yatris spend nights in container homes that travel with them, rather than in the homes of local party workers or in local hotels. Had this traveling circus spent its evenings with local hosts, eating local food and discussing local politics, some bit of reality might have seeped through the cocoon of make-believe in which the Rahul Brigade nestles.

But there is no risk of its halo of self-assurance being tarnished or punctured by the complexity of India’s myriad identities and their potentially conflicting requirements.

Contingents of Subhash Chandra Bose’s Indian National Army fought on the side of the fascists in Eastern Europe and against the resistance, and as the sword arm of Imperial Japan in this part of the world. But that can be discounted while privileging Bose’s intense desire for freedom from the British, to hail him as a hero of the national movement. After all, Hitler and his allies were defeated, so why worry about what could have happened if they had won, and how we should evaluate those who contributed to that victory of power over everything decent and noble in humanity?

No such latitude can be accorded Savarkar. Popular opinion in Maharashtra privileges Savarkar as the freedom fighter and discounts Savarkar the ideologue and alleged conspirator in Mahatma Gandhi’s assassination. Indira Gandhi issued a stamp in his memory.

But, of course, Rahul Gandhi has politically nous superior to Indira Gandhi. So, he can trash Savarkar in Maharashtra and wreck the Congress alliance in that state with the Shiv Sena and the Nationalist Congress Party, vital to hobbling BJP in that state, come 2024. But self-assurance should trump prosaic reality, shouldn’t it?

Walking a few thousand kilometers is good for the body, and probably good for the soul. It might be good for getting to know the country and the people if people are allowed unfiltered access. But it does not help gain clarity on political complexity.

How to point out the contradiction inherent in Hindutva between the democratic equality of all and the hierarchy of caste valorized as an integral part of ancient glory, without being labeled anti-Hindu? How to counter the appeal of free food, free housing, and other benefits that overwhelms revulsion against majoritarian excess? How do get elected representatives to stay impervious to the lure of gold in return for changing sides? How to protect the integrity of institutions, in spirit and not just in form? I think, therefore I walk.

Is it possible for the walking dead to become the waking dead? Is it even desirable?

Note: The Views are of Author’s own and do not necessarily reflect the views of IMPRI

This article was first published in The Federal as Congress has officially entered Zombie zone, turned into living dead on Dec 9, 2022.