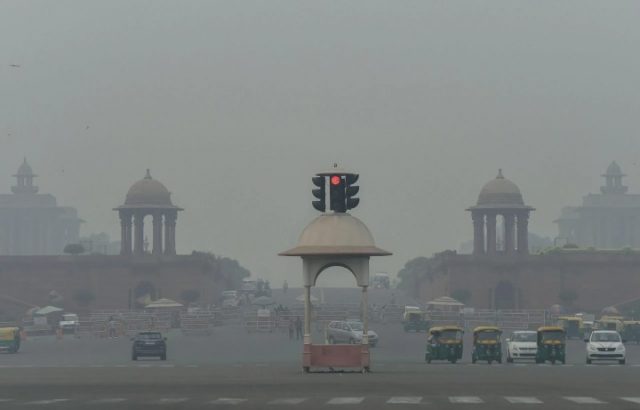 A panel discussion on “Combating Air Pollution in National Capital Region” was organized by the National Institute of Disaster Management (NIDM), Ministry of Home Affairs, and #IMPRI Center for Habitat, Urban and Regional Studies (CHURS), IMPRI Impact and Policy Research Institute, New Delhi on 7th December, 2022. Inaugurating the session, Ms Fiza Mahajan, a researcher at IMPRI, welcomed the speakers and participants to the program with an introduction to the eminent panellists.

Commencing the program, the chair for the session, Dr Rumi Aijaz set the stage by talking about the various causes and sources of pollution because of the improper conduct of human activities in various sectors ranging from transportation, construction, industry, solid waste management, activities in the agricultural sector and the bursting of firecrackers resulting in a change of the sky colour from blue to grey, poor visibility and difficulty in breathing due to dust and smoke; he talked about monsoons bringing the best air quality in the region. He further stated the implications of bad air quality with negative effects on the health of the residents of the National Capital Region (NCR) along with disruption of city life in the region.

Mr Himanshu Shekhar brought up two major sources of air pollution in the Delhi- NCR region and their politicization, namely, the problem of landfills in the Bhalswa landfill site and the burning of Parali by the farmers of Punjab and Haryana through his ground report in Ghazipur landfill, shot around the period of Municipal Corporation of Delhi (MCD) elections and COP 27. The report talked about these two problems being the centre of the MCD elections this year and the blame game that happened between the political parties to shrug off the responsibility on each other. The report pointed how the burning of landfills releases methane gas and is the source of lung diseases for the slum dwellers living near it. Mr Shekhar in his concluding remarks pointed that a strong political will is required to address the challenges and issues of air pollution in the region.

Ms Bhavreen Kandhari based her talk on how governments put the onus of solving the problem of air pollution on the citizens. She brought out the irony of how governments celebrate their victories by bursting crackers while having placed a ban on them themselves and how the opposition has failed to keep checks and balances on the government. She emphasized the need for collective intent on the part of all political parties, sound policy measures and strict enforcement to solve this problem. She further added the urgency of waste segregation at source rather than taking measures post-disaster. All in all, she focused her talk on the need for stricter enforcement, collective intent by governments and adaptation of a participatory approach.

Prof Umesh Kulshrestha shared a presentation of his research work focusing on the different sources of air pollution in the Delhi-NCR region calling for different solutions rather than just copying the ones taken by the western nations. As per his study, India deals with the problem of atmospheric dust; which in Delhi comes from three main sources, namely, Road Dust, Construction Dust and Soil Dust, which is then combined with vehicular pollution. He emphasized a holistic solution for solving this problem and suggested the formation of Artificial Lakes around Delhi – NCR which will result in more rainfall and will settle the dust particles and additionally, will also stabilize the water system and biodiversity. While concluding his presentation he stressed the need to monitor those pollutants that are a major source of pollution in the region.

The comprehensive talk by Mr Vimlendu Jha stressed the government’s responsibility in finding a solution to the problem of air pollution rather than designating it as a collective responsibility. He stressed the failure of the government in providing public transportation and clean fuel infrastructure resulting in high levels of vehicular pollution. He further marked dust as a major source of air pollution after vehicular pollution and suggested control over construction activities to limit it. He further went on to explain how the quality of air consumption and class/position in society are interrelated. His talk focused on the need for greater efforts on the part of government agencies.

Ending this informative session, chair, Dr Rumi Aijaz gave his concluding remarks and thanked all the eminent panellists for bringing in diverse perspectives. The training program ended with a vote of thanks by Fiza Mahajan on behalf of IMPRI Center for Habitat, Urban and Regional Studies (CHURS) at IMPRI Impact and Policy Research Institute.

Acknowledgement: Fiza Mahajan is a research intern at IMPRI.