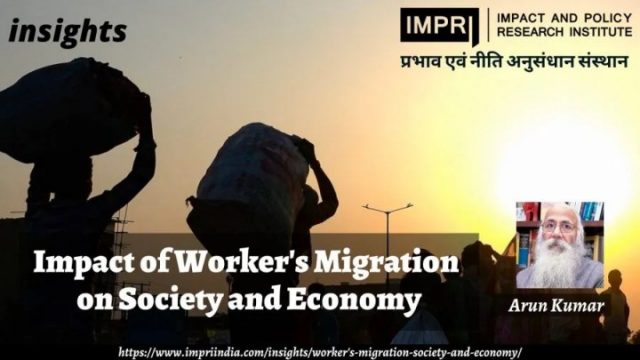 Given the high share of its young population, India has a huge potential that is being wasted due to the inability of its policymakers to set the right policies. Potentially, many workers in the population can support the non-workers—the young and the elderly—and the economy can grow faster.

Due to the high population growth rate till the 1990s, many people are now of working age. But, in the last two decades, this growth rate has slowed and is now reaching the replacement level, so much so that the country’s population will stabilise in another two decades. Given the increasing longevity, there will be a rising share of the elderly in the population, and they will depend on the dwindling share of workers in the economy. So, the window of opportunity for the country will start to close in the next two decades.

Why can India not take advantage of its low dependency ratio, which is characterised as the demographic dividend? First, there is plenty of unemployment in the economy. Many workers who can work and produce output are not working. What is worse is that they depend on others who are
working, thereby raising the dependency ratio of the country.

Moreover, in the age group of 15 to 29, the more educated a person is, the higher their chance of staying unemployed. It means that many youths do not get a job appropriate to their skills, and because they do not work, they do not produce anything in the economy. Beyond 29, workers take up whatever work they get to contribute to the family income. These jobs are usually low-skilled, which lowers the potential of the economy.

The second reason why India cannot take advantage of its demographic dividend is that the standard of education of most students in the country is poor. The Annual Status of Education Reports points to poor training for students in rural schools. They show that half the children in the fifth standard are not able to read, write or do math meant for the students of the second standard. They mostly drop out of school and cannot do a modern-day job. The situation is not any better in most urban schools. The standards in much of higher education are also low. This reflects in the low research output of Indian institutions and their dependency on knowledge generated in advanced nations.

No wonder then that Indian businesses often talk of unemployability in the youth. This is not to say that India does not produce annually, say, 50,000 or so world-class young workers who can hold on their own in the world. But, this number is negligible compared to the country’s population, which is now close to 140 crores, or the enrollment in higher education.

Given the poor learning standards, most young people can neither start businesses that can generate jobs nor work in jobs with high productivity. These two factors lower the economy’s potential output and reduce employment generation. Good education and employment are the twin challenges for India if it aspires to become a world leader in the next 25 years.

The poor availability of work in the better-paying organised sector, the economy and the lure of higher salaries in advanced nations motivate many talented young people to go abroad and settle there. Unfortunately, many observers characterise this feature as a demographic dividend by arguing that India has become the supplier of skilled workers to other countries. But does it not lower the potential of the Indian economy? Talented migrants help to lower the dependency ratio of their host nations and raise the potential output of these countries. How is this migration a demographic dividend for India? Yes, higher remittances from these workers bring benefits to India, but this is a fraction of the loss of India’s potential output.

Less-skilled workers tend to migrate to the Middle East, Canada, etc. This type of migration does lower the unemployment rate in India. It also helps workers’ families get some income through remittances and reduces their poverty, as in the case of Kerala. But a huge number of unskilled workers in India cannot migrate, and it is among them that poverty and unemployment are entrenched. This category of workers neither has the money to migrate nor is it welcome in advanced nations.

In effect, the net result of the migration of talented workers from India is adverse to its economy and society. Moreover, the social impact on those unable to migrate is that they start considering themselves inferior to the ones who migrate. There is a negative connotation involved that going abroad has become the yardstick of success in society.

Unemployment and poor quality of education negatively impact the potential of India’s economy. Both these factors are a consequence of policies pursued in the country since its independence. Policies have not targeted employment generation, and inadequate attention and expenditures have been allocated to
education since the beginning.

Indian policymakers have followed a top-down approach, believing that as the advanced sector flourishes, it will absorb the backward sectors. This approach applied to Europe in the 19th century but not India in the 1950s. The elite policymakers wanted to copy Western modernity after independence. They targeted investments in the organised sector but ignored employment generation. The modern sector, being capital-intensive, did not generate much employment and economy. The rapidly rising population was stuck at low wages in the residual unorganised sector. Most people were too poor not to work till they got a proper job. They did whatever they could do, be it headload work, pushing a cart, etc.

Consequently, unemployment in India in various dimensions is huge and productive work is not available to many people. According to a recent estimate by this author, 278 million people in India need proper work. The implication of this data is that the country’s GDP is reduced by at least 16%. These people are dependent on those who have productive work, and it increases family poverty.

India has not prioritised public education. Indian policymakers’ feudal mindset has prevented education from getting the priority it deserves. During the 1970s, this author, while visiting rural areas, was told by a landlord that if the children of the poor got educated, they would stop the free labour they provided.

The secret of the success of Southeast Asian nations, like China and Korea, has been their focus on education. India’s expenditure on public education has never exceeded 4% of the GDP, though the target has been set at 6% since the Kothari Commission report was published in 1968. Not only is the expenditure on education in the country less than desired, but teaching has also been of poor quality, which results in most children lacking the skills required for modern-day jobs.

Unemployment and low-quality education, along with growing consumerism, are a deadly mix. Most of the young cannot fulfil their hopes of having a good life and are turning restive. Consequently, one can see that lumpen isolation, substance abuse and violence in Indian families are growing. India needs to overhaul its policies urgently to realise its demographic dividend before it is too late.

This article was originally published in Outlook Business as The Social and Economic Cost of Workers’ Migration on November 01, 2022.