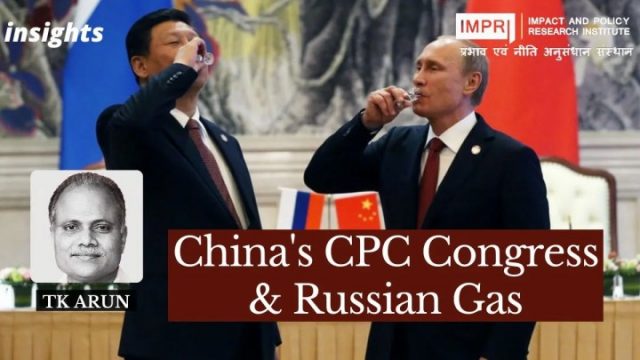 Winter is coming. Not in the sense of a foreboding of a long period of stark, dark experiences, as in The Game of Thrones that has made the phrase part of the language, but as a period of dramatic change, hopefully for the better, for the world economy.

There are two elements to this. One, the 20th Congress of the Chinese Communist Party (CCP) scheduled to take place probably in November. It would either re-elect party general secretary Xi Jinping to another term of absolute power, or oust him from the position of paramount leader. Either outcome would pave the way for China’s release from the curse of ‘Zero-Covid’. That would ease a significant part of the world’s supply bottlenecks and help rein in inflation.

End to Zero-Covid
The other has to do with the geopolitics of gas. Winter is the right time to expect Russia to play its gas card with decisive effect, to bring the war in Ukraine to a turning point. Zero-Covid was a viable strategy in the early stages of the Covid-19 pandemic. It made sense to contain areas of infection to prevent spread. China’s authoritarian state structure was well-suited for enforcing such a strategy.

This strategy lost its relevance with the arrival of effective vaccines, and later, medication to treat Covid. The huge economic and social disruption associated with lockdowns is eminently avoidable, by relying on vaccination and treatment of those not protected by vaccination. The rest of the world has changed tack and learned to live with the virus, vaccinating people against it and treating those who do fall ill, despite the vaccination. This was possible because the rest of the world is not ruled by an all-knowing, all-powerful communist party and its absolute leader the way China is.

For the Chinese to suddenly abandon Zero-Covid is to admit that the party was wrong to persist with the strategy, particularly after the advent of the highly transmissible variants of the virus, the infection created by which is relatively mild. For Xi, it would be very embarrassing to admit that the suffering imposed on the people of Shanghai and Beijing, not to speak of other areas subjected to lockdowns, was avoidable.

Both Shanghai and Beijing underwent prolonged and brutal lockdowns that separated old people from caregiving offspring, parents from their tiny tots, and pets from doting owners seeing harrowing visions of their abandoned pets starving or being clobbered to death by volunteer guards dressed in deathly white. These lockdowns triggered protests on the ground and online, a rarity in the serene equanimity ordained by the party as the social norm befitting the People’s Republic.

That would have crimped, even if not fully aborted, Xi’s planned return to power at this winter’s party congress. It is expected that he would be re-elected, either as party general secretary, as at present, or as party chairman, a post last held by the Great Helmsman himself.

Why have the Chinese persisted with Zero-Covid? Primarily because they have not focused on vaccination. A fair proportion of the elderly, who are mortally vulnerable to even the milder variants of the virus, remain unvaccinated. China’s indigenous vaccines are not all that great. To import Western vaccines is to give up a chunk of the aatmanirbhar glory Xi and China Inc have been concocting.

After the party congress, Xi (or his successor) can afford to switch strategies. Zero-Covid does not have much shelf life any longer.

Gas Pressure
Winter is the time when cold parts of the world have most use for natural gas. Right now, Europe is building up reserves. The heatwave sweeping across Europe is forcing them to use some of the gas to meet additional power demand, for extensive air-conditioning. Liquefied natural gas (LNG) is being diverted from Asia as much as long-term contracts will permit, to enhance Europe’s gas supplies. But LNG availability is not constrained only by supply.

You also need import terminals that can regasify liquid gas and evacuate it, via pipelines, to where it is needed. The large countries most dependent on Russian gas, Germany and Italy, do not have enough of these. While the EU leadership is racing to prepare the blueprint for EU-wide storage and sharing of natural gas, when the cold bites and voters demand gas for heating, the question is moot whether the grand aspiration of pan-European solidarity would prove stronger than the politician’s basic instinct of ensuring re-election via voter gratification.

By reducing the flow of gas through Nord Stream 1 – the pipeline through which Russia supplies Germany – to a fraction of its full capacity, Russia can ensure that Germany would not have full reserves, come winter. It can then turn off the gas, to spread a deadly chill over the German economy and help the German leadership warm to the idea of tapering off its support to Ukraine.

So far, Russia has not bombed Ukraine’s own gas reserves, although it has bombed an occasional power plant. This could be because the Russians don’t know where the gas reserves are, or do not know how to bomb them. More likely, they are waiting for winter. Disruption of gas supplies during winter is likely to herald cold sense better than at any other time.

Once Chinese supplies normalise and the Ukraine war loses steam, global economic growth can revive. If winter comes, can spring be far behind?

This article was first published in The Economic Times as Why China’s Communist Party Congress and Russia’s gas tactics can be game changers on 19 July 2022.