Home Insights What is a meme and how to make it? – IMPRI Impact...
Facebook
Twitter
WhatsApp
Linkedin
Email
Print 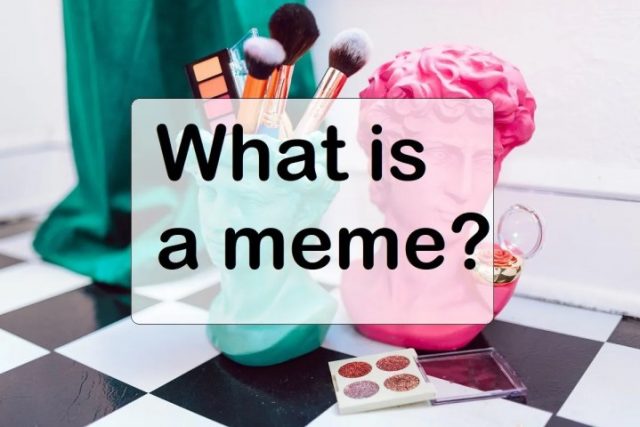 In this guide, you’ll learn about memes and how to make them yourself. Memes are one of the most entertaining ways to create and share content online, so learning how to make them will be incredibly valuable to your marketing efforts! Whether you want to use memes as part of your social media strategy or just want to make funny images that people can enjoy, this guide on what is a meme and how to make it will help you immensely!

What is a meme?

A meme (pronounced meem) is an idea that spreads from person to person within a culture. Just like genes pass from generation to generation, memes pass among people in a similar way—from mind to mind. Some memes are photos, videos, catchphrases, or even just ideas that are spread from person to person online or via word of mouth.

The anatomy of memes

You can find memes all over social media, but they’re typically not as obvious as they once were. The headings at meme aggregators like Reddit now read image macro or video macro, but if you want to make your own meme, you need to know what exactly you are making. That’s where these gifs come in.

How to make memes?

It’s easy. First, you need to have some computer graphics software (Photoshop, GIMP, whatever) and know how to use it. Then you need an image file of some kind. This can be any image; on sites like Reddit or imgur, users will post memes online that you can download.

What are the Types of Memes?

Although there are several distinct kinds of memes, they can be broken down into three main categories: visual memes, verbal memes, and audio memes.

What are the Benefits of Memes?

Unlike any other form of marketing, memes are quick, witty and highly shareable. On top of that, they give you an easy way to stand out from your competitors. But what exactly are memes? Why should you use them in your marketing strategy? Here’s everything you need to know about memes for business: They offer users a break from traditional advertising : Most people dislike flashy ads on their social media feeds.