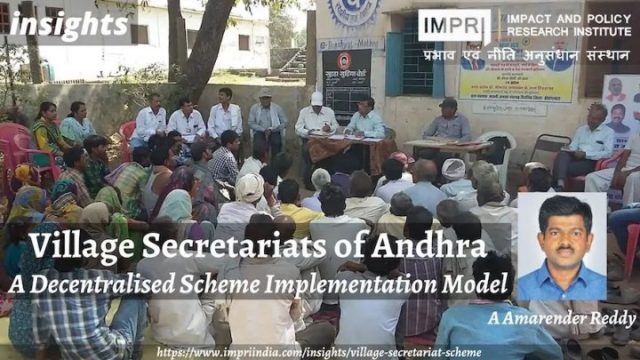 In the 1980s, Rajiv Gandhi, the then Prime Minister of India, had said that for every rupee targeted towards welfare and poverty alleviation only a fraction, 15 paise, reached the intended beneficiary. Although, with the wider penetration of Aadhaar-linked bank accounts, the reach of direct benefit schemes has increased, the gap is still high. The problem starts from the lack of awareness of different schemes, cumbersome procedures and documentation, and corruption.

Although the number of schemes implemented has increased over the years, local governments are not capable of taking them to the poorest of the poor. They are under-funded and unable to employ the required staff, which have led to a lack of motivation.

Households are made to run from pillar to post to enrol in the schemes they are eligible. The local governance system is generally polarised, based on caste, political affiliations, etc. Ultimately, the poor have to depend on local politicians and bribe government officials even for basic public services like enrolment in old-age pensions, getting land records, ration cards, health card, etc.

To overcome these difficulties, the Andhra Pradesh government started the decentralised citizen-centric service delivery model on October 2, 2019, through village secretariats in all the 11,162 villages in the State. The village secretariat functions as a one-stop solution for provision of all public delivery services to citizens and address grievances, with the help of technical and field staff.

In each secretariat, there are 11 officials dealing with 34 departments and more than 100 schemes, with specific responsibility of implementation of different schemes. The State government recruited about 1.3 lakh officials to work in these village secretariats.

In addition, there are village volunteers who are responsible for batches of 50 households, connecting each household with different schemes. These volunteers, who are in regular touch with the households, help increase awareness about the schemes, identify households’ needs, collect documents and coordinate with officials to enrol in different schemes and make sure that the households get the benefits in a time-bound manner. The Andhra Pradesh government recruited 2.81 lakh village volunteers from among the local youth.

The village secretariats work on the principle of maximum transparency, with the beneficiaries of each scheme listed to facilitate social audit and accountability. Each secretariat has computers and printers and all officers and volunteers have smartphones, to upload the documents of the beneficiaries.

There is visible change in the reach of the various schemes since the setting up of the village secretariats. According to an elderly villager, earlier he had to repeatedly visit the  mandal office (about 15 km away) and pay bribes even to enrol as an old-age pension beneficiary. Now, he says, the situation has entirely changed and everything is done by the volunteers at his doorstep.

This success story of the village secretariat model of Andhra Pradesh needs to be replicated by all other States for last-mile connectivity.

This article was also published in The Hindu Business Line on October 13, 2022 as AP’s village secretariats deliver the goods

Also read other articles by Dr Reddy at IMPRI Insights