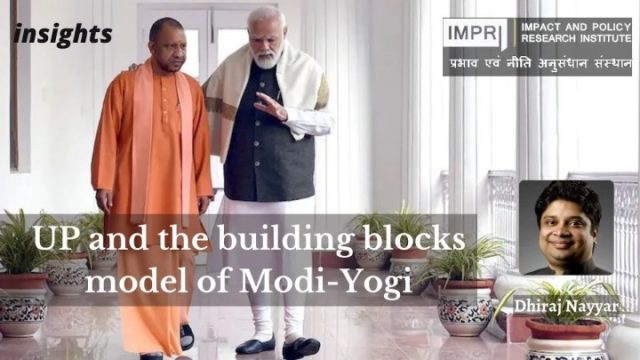 If UP can now accelerate its reform process and focus on education/health, it can speed ahead of other states.

One in six persons in the world is an Indian. For that reason alone, India matters and will always matter to the entire world. One in six Indians lives in Uttar Pradesh. That is why what happens in that state will always hold significance for India. That it sends the maximum Members of Parliament to Delhi is important but not the entire story.

The re-election of Yogi Adityanath—the first UP CM to be elected to two consecutive terms of five years—reveals a basic template on which India’s economic future, particularly of its laggard regions, must be built.
Perhaps it is odd to mention Uttar Pradesh as any kind of model for economic governance. For a long, the state was a symbol of all that is wrong with India, and not an example of how things can be done right.

Because of its long history of backwardness, the state cannot yet claim to be winning any of the economic sweepstakes. But it is an example of why one should remain optimistic about the Indian story. Even the most damaged foundation can be repaired fairly quickly. This is not a political analysis of the BJP’s win in Uttar Pradesh. There are many factors that come together for electoral success.

But post-poll surveys and anecdotal evidence suggest two things played a major role in favor of the BJP. First, is the greatly improved state of law and order. Second, is the efficient delivery of benefits to the poor, particularly rations. Cynics would say that almost 75 years after Independence, is a very low bar for successful government. Indeed it is if one doesn’t look at Uttar Pradesh’s particular context.

For a long time, the state has been poorly governed. With the exception of the Western part of the state which adopted the Green Revolution, the rest of the state was bereft of prosperity and or even basic needs for its people.

Even as many other Indian states took advantage of the economic reforms of 1991, Uttar Pradesh, much like its eastern neighbor Bihar, was in the throes of caste-based and parochial politics that lasted for a quarter of a century after liberalization.

That may have resulted in the symbolic political empowerment of certain marginalized groups but ultimately was the empowerment of a creamy layer without any pass on of real material benefits to communities at large.

At the same time, state capacity deteriorated or was “privatized” to political parties; the rise of local strongmen, a decline of law and order, the capture of benefits by middlemen, and inadequate development of infrastructure. Unsurprisingly, the environment for private investment, the engine for job creation, was not conducive.
Even as the other proverbial BIMARU states rose, UP slid, which was not good for India. When the BJP took office in 2017, the job of the new CM, mentored by a very experienced PM Modi who had served long as CM, was to rebuild from scratch. There are no shortcuts from where UP had fallen.

A broken State/government apparatus precludes any development, even basic needs. So, the restoration of law and order in UP’s context is a big deal. It is a basic function of any government, but it is an absolutely necessary condition for restoring greater state capacity and unleashing market forces.

The delivery of basic welfare is equally a core function of any government. Without that, it is impossible to make the case for wealth creation and pro-market reform. To his credit, PM Modi realized that when he took over as PM in 2014 and used the now-famous Jan Dhan-Aadhar-Mobile (JAM) trinity, completely transformed the delivery of benefits. It brought him a political dividend in 2019. So, it’s hardly surprising that a similar approach worked in a state which is below the Indian states’ average on most indicators.

The third area of focus in UP has been the aggressive building of infrastructure, particularly highways but also airports, and transportation systems. Again, some may call this very basic but it needs to be done efficiently before an economy can begin to grow fast. Now, in the second term, the focus must shift to ease of doing business so that the building blocks of good governance can begin to transform into rapid growth and job creation.

India has always been too sanguine about getting the fundamentals right. Somehow, we believe we can leapfrog the odds. But it doesn’t happen. There are good reasons why Gujarat, Maharashtra, Karnataka, Delhi-NCR, and Telangana/AP are the major hubs of economic activity.

If UP can now accelerate its reform process and focus on education/health, it can speed ahead of other states which may be overcome by inertia. It has a huge demographic dividend. It has a huge market. It has natural resources.
And finally, the fundamentals are in place. Even if no other state emulates UP, bringing prosperity to 1 in every 6 Indians will be a brilliant achievement.