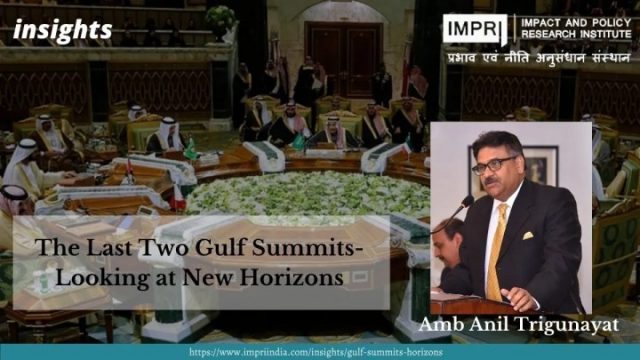 Addressing the Shura Council King Salman of Saudi Arabia last week reiterated his concern about the Iranian government’s policy which is destabilizing regional security and stability, including building, and backing sectarian armed militias and propagating its military power in other countries. He expounded that “(We follow with concern) its lack of cooperation with the international community regarding its nuclear program and its development of ballistic missiles,” while expressing hope that Tehran will change its negative behavior and choose dialogue over cooperation.

Of late the discussions have been going on between the two with the help of Baghdad as reports came in that direct dialogue has also happened as the Yemeni conflict continues to loom larger and despite a statement by Tehran that it will try and persuade the Houthis to come to dialogue and not renege on their commitments for a peaceful settlement. Even the hardliner President Ebrahim Raisi of Iran said that he hoped for an early return of envoys. Whether Iran is able to exercise enough pressure or whether it has the kind of projected leverage with the Houthis remains to be seen.

Meanwhile, the death of Iranian envoy Hassan Irloo due to Covid complications and delays in his evacuation, eventually with the help of Oman and Saudi Arabia, did lead to some ugliness between Tehran and Riyadh. The Iranian envoy to Houthis-led Yemen is usually an IRGC (Iranian Revolutionary Guards Corps) Commander who is often said to be the conduit and driver of Iranian support in Yemen.

Iran might be replacing the new one again from among the Revolutionary Guards that may be yet another issue and irritant. However, Houthis continue to attack the Saudi targets as the reports indicate that they have lost several militaries and political leaders to the coalition strikes whose cooperation King Salman praised.

Meanwhile, the Biden Administration’s continued efforts to revive the JCPOA (Joint Comprehensive Program of Action) the nuclear deal, as the 8th Round of Vienna Talks, resumed along with the recent exit of the USA from Afghanistan and gradual disengagement and dilution from overseas commitments have created a deep concern for security and stability among its allies. Hence efforts are being made to find regional modus vivendi while keeping the flock together and the conflicts below the critical threshold in the Arab world. The 41st and 42ndGCC (Gulf Cooperation Council) Summits have been an example of the revived cooperation so very crucial to the objective.

The 41st Summit at Al Ula in Saudi Arabia at end of 2020 was critical as it ended the three and half year rift and diplomatic blockade of Qatar by Saudi Arabia, UAE, Egypt, and Bahrain and led to a much greater engagement as Doha was able to enhance its diplomatic capital and relevance during that period. It was evident during the Afghanistan crisis, US evacuations, and ongoing facilitation. It started playing a crucial connecting role for the East and the West with its special connection with all major powers and players and more importantly with the Taliban leadership.

Moreover, its sports diplomacy i.e. the Arab Cup and the FIFFA World cup 2022 have provided Qatar with a softer and more acceptable outreach even on behalf of its GCC partners. In recent times its relationship with Riyadh especially between Crown Prince Mohammed bin Salman and Emir has blossomed as Riyadh looks to retrieve its influence in Afghanistan while trying to regain its leadership in the Arab world as several new alignments like the Abraham Accords and the new Quad and outreach to Syria and Assad by UAE and Bahrain and others are underway.

The most recent 42nd Gulf Summit was held in Riyadh (December 14) amidst the regional and global uncertainties and resurgent Covid and Omicron waves. Even though rapprochement with Tehran is clearly evident the GCC Summit’s main agenda was countering the Iranian threat for which all the six members committed to a joint response.

They urged Iran to “stop supporting terrorism and inciting sectarian strife in the GCC states adding that Iran’s actions “threaten Arab national security, destabilize the region, and impede the work of the international coalition to combat ISIS”. It invoked Article 2 of the Mutual Defence Agreement between the GCC members to stress that “any attack on any of them is an attack on them all”. They also underscored the commitment of member states to work collectively to confront all threats and challenges.

The host Crown Prince Mohammed bin Salman (MBS) called for an “effective and serious” approach to Iran’s ballistic missile and nuclear programme. He asked Iran to seize the “diplomatic opportunity” presented to it by the resumption of nuclear negotiations in Vienna to restore the 2015 nuclear deal. He noted that resolving the conflict through dialogue is the best path forward.

The exhortations by MBS are far more conciliatory than what he had made earlier regarding the Iranian leadership which is a realization of the ground reality and geopolitical churn. How far Tehran will go remains to be seen? As usual, leaders also supported the establishment of an independent Palestinian state with East Jerusalem as its capital which President Abbas greatly appreciated.

Moreover, Egypt was present at both the Summits which indicates the important role it plays now in the GCC matrix. A Gulf-Egyptian Coordination Council has been set up. Moreover, Egypt will be hosting the COP27 followed by UAE’s COP 28 as the GCC places greater emphasis on diversifying their oil-based economies and fighting Climate Change. Saudi Arabia, post its G20 Presidency, held a Green Summit and at COP 26 committed to a net-zero emissions target in 2060. Abu Dhabi agreed to follow the 2050 timeline.

MBS, prior to the Summit visited all the five countries to garner full support for his initiatives both in the bilateral and regional contexts. The two Summits were complementary as they underscored the more prudent and pragmatic foreign policy of the bloc in the changing times by keeping the old rifts on the back burner including those with Iran and Turkey as the member states underscored once again the era of consensus and cooperation.