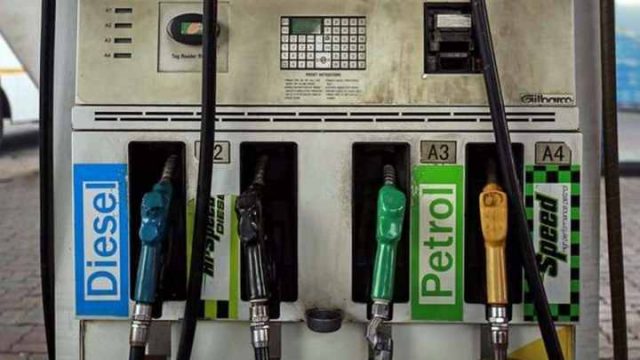 India is one of the largest and fastest-growing consumers of energy in the world. It relies heavily on crude oil for its production of energy and consumption. Increasing fuel prices have always been a concern for the general public. This article aims to understand the environment around fuel in India.

OPEC is a cartel consisting of the world’s major oil-producing nations and more or less controls the price of crude oil. OPEC members benefit by cutting supplies of crude oil as it will increase market prices and thus increase their revenue.

As of now, we expect to see OPEC members remain in favor of keeping oil markets tight, taking advantage of the elevated prices to improve fiscal accounts. A recent report by OPEC this month gave a future projection on the future supply and prices of oil. It said, “India’s recovery was still challenged by the lingering effects of the recent COVID-19 wave,” and thus “will continue to review the market conditions on a regular basis, reaffirming the participating countries’ commitment to ensuring adequate supply and support efforts to maintain global oil market stability.”

Oil refineries set the price based on trade parity price (TPP) which is a weighted average of import parity price (IPP) and export parity price (EPP). IPP is the price that importers would have paid if they actually imported petrol and diesel. On the other hand, EPP is the price that exports of petrol and diesel would receive. TPP has an 80% weightage of IPP and 20% of EPP. After that comes OMCs, which add their margin for marketing the final product to the dealers. Dealers further add their commission for distributing it to end consumers.

Since crude oil is a major component of India’s imports list, a rise in crude prices results in a higher payout for oil imports leading to a dip in reserves. This would lead to a spike in the current account deficit (CAD) and pull down the value of the rupee.

To help you understand better, below is the table that shows the price buildup of petrol and diesel on a typical day in Delhi.

Fuel is an integral component of every economy. High fuel prices feed into inflation raising both the wholesale price index (WPI) and the consumer price index (CPI) since the production costs increase leading to higher commodity prices. WPI is a measure that tracks the changes in the price of goods in the stages before the retail level, i.e, at the producer level, whereas CPI examines the weighted average of prices of a basket of goods and services which are of primary consumer needs. However WPI inflation is not the reference point for monetary policy as India follows CPI measures, but the risk of its feeding into retail inflation is hard to ignore.

On a general note, seeing a catastrophic event like COVID, the world has now slowly started recovering, with the indicators getting momentum and consumers spending with better expectations. Thus, in a phase of an economic rebound, rising fuel prices act as suppressing the slow recovery, which can also be attributed to higher taxes on this “black gold.” Suppliers find it difficult to fully pass on the burden of increased costs to the consumers as even the consumer sentiments have been slowly picking up.

Now, with the recent rate cuts on fuel, experts opine that it is likely to supplement India’s central bank to normalize liquidity flows in the economy and for effective inflation management. Shaktikanta Das, the central bank governor, said, “Traditionally our inflation has been mainly caused by supply-side factors, but fortunately that has been addressed by the government.” This suggests that higher costs for the finished product or service that was due to higher fuel prices will now be at ease, making it easier for the central bank to keep the inflation rates within the target band of 2%-6%.

In addition to the fiscal viewpoint, there is a political string also attached to the fuel prices in India. During the tenure of the Manmohan Singh-led government, local fuel prices were lower because prices were partially decontrolled and the government at that time used to transfer direct subsidies to OMCs to keep the prices low. Manmohan Singh’s government also issued oil bonds worth INR 1.3 lakh crore to the OMCs to keep the local prices of petrol and diesel low.

Recently, the Modi government declared a cut in excise duty on petrol and diesel by INR 5 and INR 10 respectively. This move could serve both the targets of the Modi government, fiscal and political. Reduction in fuel price would help the ruling party in upcoming state elections early next year, and as mentioned above it would also help in combating inflation and economic growth.

This is the headline from Livemint dated March 2020, “Oil prices have plunged to their lowest level since 2002”. But the retail petrol and diesel price in India at that time was still high. The below chart will explain this phenomenon. The decrease in crude oil price during that time was not passed to the general public, instead, the government pocketed the difference by levying extra duties.

In order to fund various activities, the government needs revenue that can either come from borrowing or taxes. Taxation is a core feature of state capacity, more judicious and administration is easier, with fewer chances of tax evasion. As per data from the Controller General of Accounts, the excise duty collections of the Indian government increased sharply from Rs 2.39 lakh crore in 2019-20 to Rs 3.89 lakh crore in 2020-21. A benchmark price will be crucial in sorting out many difficulties on taxation and revenue.

Deliberations have also been going on within the government whether to bring petrol and diesel under GST. There even seems no point in reducing taxes on petrol and diesel and increasing it on other items. Even at some point, we will have to accept reality and move towards alternatives, making sustainable choices, and trying to reduce dependence on fossil fuels. The COP26 Energy Transition Council (ETC) reiterated the fact that an immediate and just transition to clean energy holds great significance in order to meet our goals towards sustainability.

As pointed out by Dharmendra Pradhan, the former Minister for Petroleum and Natural Gas, “High oil prices could benefit a group of producing nations but if you push customers that could lead us to find alternatives.” And that is what is also the need of the hour, the need to find alternatives – renewables sources of energy that will reduce dependence on fossil fuels. The government of India has been continuously promoting investments in solar power plants, electric vehicle manufacturing, and wind power plants to achieve its carbon emission goals and reduce dependence on crude oil.

Effective policies and political leadership are the keys to progress for the domestic and international community. For reaching a stronger consensus and achievable targets, the benefit has to be taken of key political opportunities like COP26 so that such conferences can play a pivotal role. Developing countries, such as India, should be at the forefront in establishing a governance framework based on an inclusive approach, in moving towards the vision of “New India.”

Rohit Yadav, a Graduate from Shri Ram College of Commerce, University of Delhi; Currently works at PwC India as an Analyst in Advisory- Management Consulting.